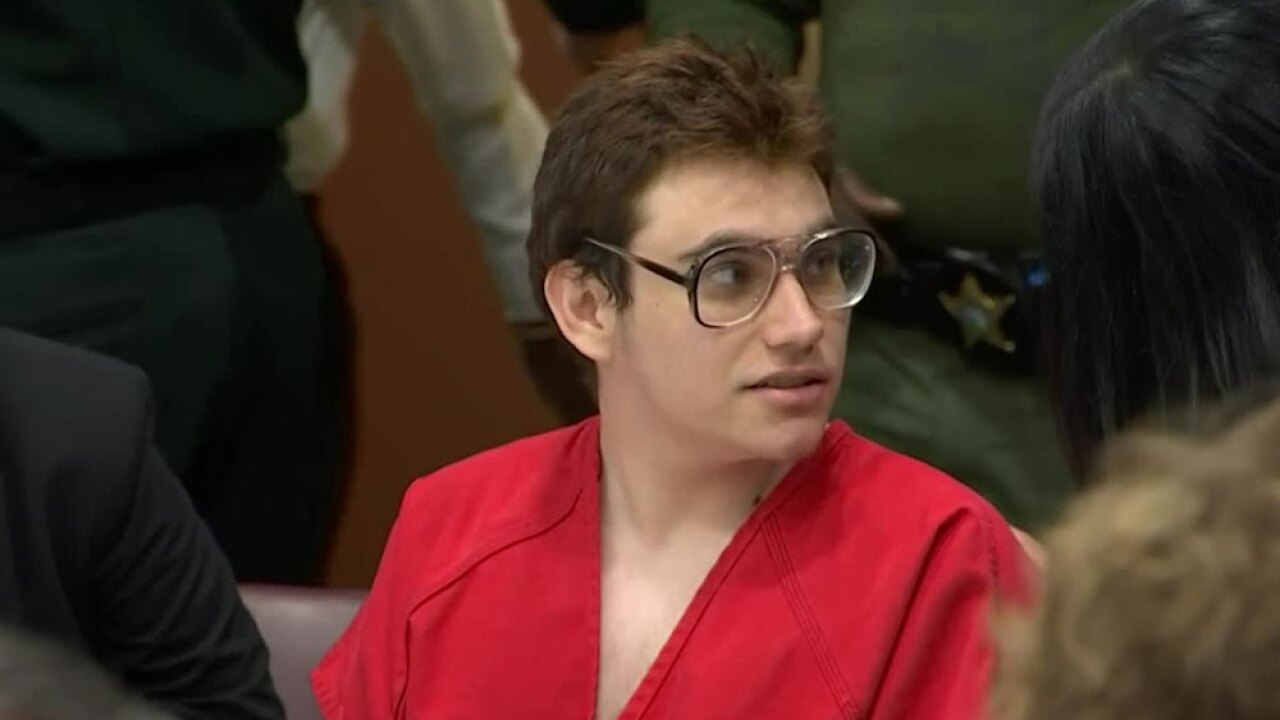 FORT LAUDERDALE, Fla. (AP) — An attorney representing the father of a victim in last year's Florida high school massacre told a judge that mental health counselors must share the blame, because they knew Nikolas Cruz was "a ticking time bomb" long before the mass shooting, and their actions sped up the explosion.

Cruz's counselors supported his use of violent video games, and even suggested he get a punching bag and do target practice with non-lethal guns in hopes of containing his violent tendencies, according to the lawyer representing Andrew Pollack, whose daughter Meadow Pollack was among the 17 people killed.

The South Florida Sun Sentinel reports that attorney David Brill argued on Tuesday that Henderson Behavioral Health, which had treated Cruz for years, should remain as a defendant in Pollack's lawsuit.

Brill said the records show that Cruz's treatment wasn't effective. His late mother called sheriff's deputies often because he punched walls, destroyed parts of the house and hit her with a vacuum hose after being diagnosed with numerous emotional and behavioral problems and depression.

"They're not effectively treating the conditions. They're in fact exacerbating, fueling them, contributing to them," Brill said.

Henderson attorney Joshua Walker said many of the allegations are false or mischaracterized, but privacy laws prevent him from going into details in open court.

Circuit Judge Patti Englander Henning is determining whether Henderson should be dismissed from a lawsuit filed by Pollack against it, other mental health providers, Broward County school and sheriff's office employees and others. The ruling will have ramifications, as other families have filed similar lawsuits against Henderson and others.

According to documents obtained by Brill, teachers were concerned about Cruz playing violent video games. He had a history of inappropriate behavior at school and was often assigned to a school for children with emotional and behavioral problems. He was briefly allowed to attend Stoneman Douglas before he was kicked out a year before the shooting.

Brill said Henderson counselors supported Cruz playing the games, seeing them as an outlet for his anger and a way to calm him when he was upset or overwhelmed. They also supported him taking target practice with nonlethal airsoft guns that shoot plastic or resin pellets, he said.

"It was a big focus of his frustrations because he wanted one so badly," Brill said, noting that a Henderson counselor in 2014 spent at least 20 minutes watching Cruz target shoot with one.

Cruz stopped his Henderson treatment about a year before the massacre, when he turned 18. It was about that time that he bought the AR-15 semi-automatic rifle that investigators say he used in the shooting.

Cruz, now 20, has pleaded not guilty but his attorneys say he would plead guilty in exchange for a life sentence. Prosecutors are seeking the death penalty.