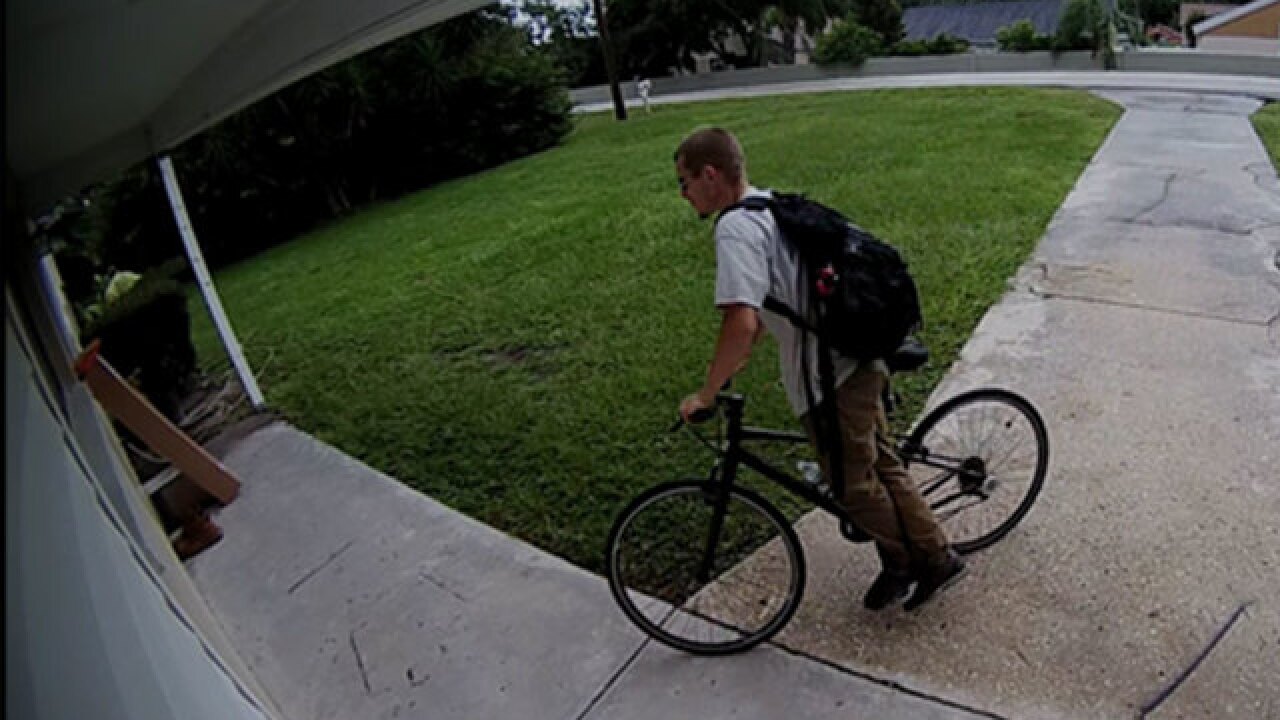 LAKELAND, Fla. — A Lakeland homeowner said his Ring security camera captured the moment a man cruised up to his doorstep on a bicycle attempting to steal the packages left at his front door.

Thomas Kelly said he was at work when he got an alert from his Ring app on his phone. The alert said there was motion at his front door.

Kelly watched as a man picked up his boxes. The man is seen on camera feeling a package, possibly trying to figure out if it was worth stealing.

"He didn't take anything or open anything. He was kind of feeling it out like what was in them," said Kelly.

Kelly said after watching for about 30 seconds, he decided to speak up.

Kelly used his app to speak to the man outside his door.

"He didn't know what was going on. He turned around and thought somebody was behind him. He got out of here pretty quick," said Kelly.

Polk County deputies said they want to identify the man caught on camera. Deputies said in a Facebook post, "Just because you aren’t successful at stealing something doesn’t mean you can’t be charged with theft."

"They said if they do catch him, it will be attempted burglary since he was under the roof here and petit theft," said Kelly.

Kelly said he had about $100 worth of fishing equipment inside those boxes. He had ordered a net and a light to go crabbing this weekend.

"I work 50 hours a week. My girlfriend works 40 hours a week. We go to work to pay for our stuff. People like him want to come and steal your hard earned money," said Kelly.

Kelly said no packages were stolen, but he hopes people see this video and learn to live life honestly.