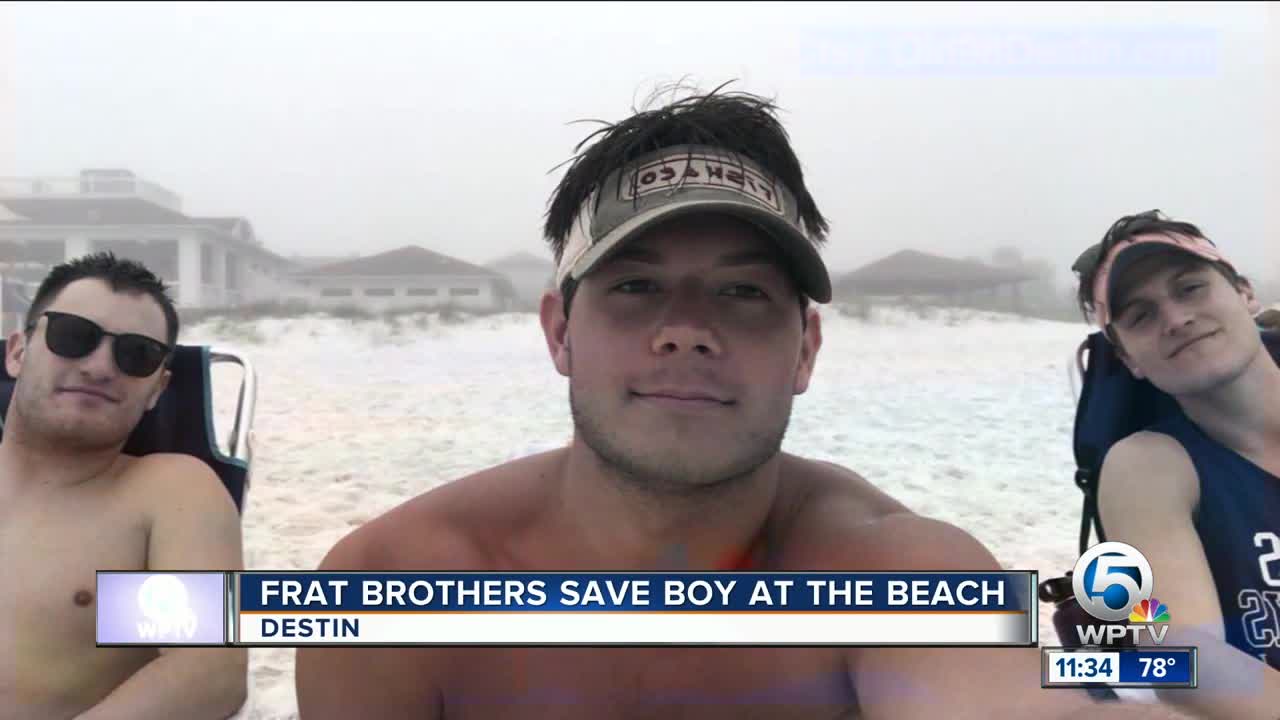 While on spring break from classes at Kansas University, three Sigma Phi Epsilon brothers were put to the test on a beach in Destin, Florida. 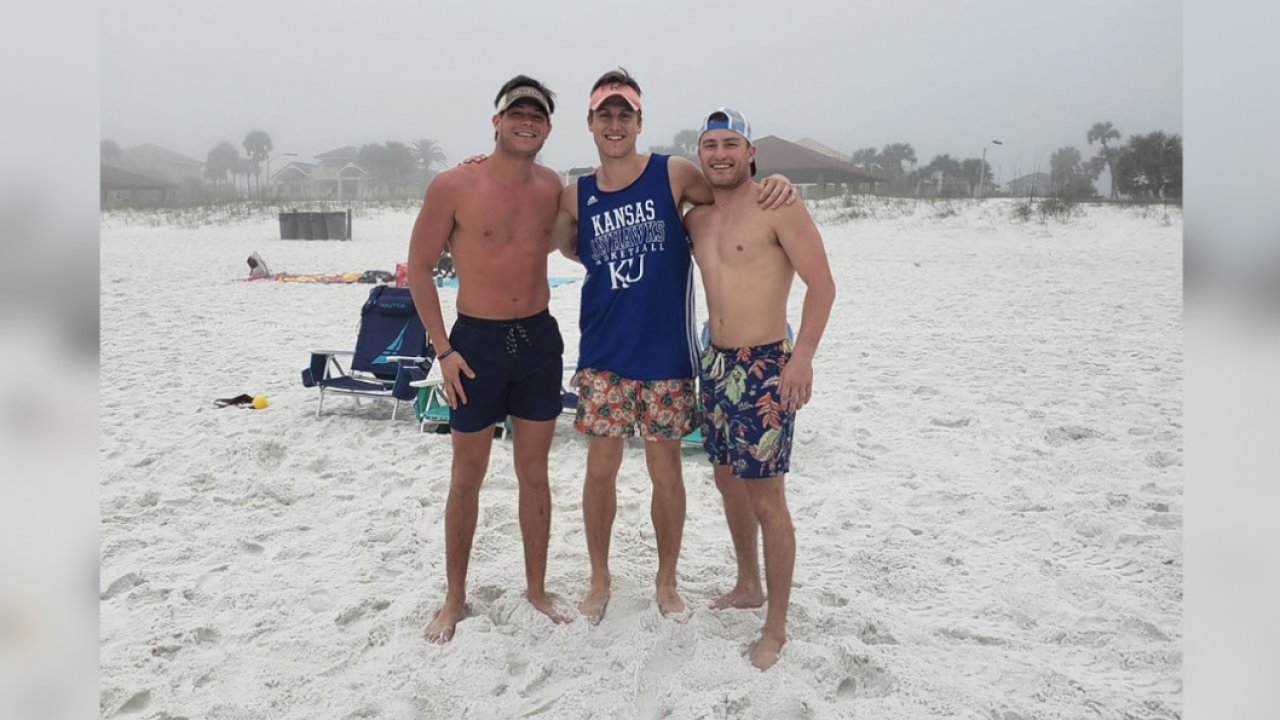 KANSAS CITY, Mo. — What started off as a day at the beach ended with a daring rescue, thanks to three University of Kansas fraternity brothers.

Jared Cox, Connor Churchill and Cole Firmature, all members of the KU Sigma Phi Epsilon fraternity, were in Destin, Florida, for their spring break this week.

Kaci Gilchrist of Independence, Kansas, who witnessed the rescue, said two young boys were in the water on Monday, far away from the shore. Suddenly, their parents began shouting for help.

That is when the students jumped into the water.

According to Gilchrist, parents helped bring the first boy to shore, then the students focused on the other child.

"The second boy, he was quite a bit further out there, so they really worked hard to get him in," Gilchrist said.

After an emotional reunion between the boys and their parents, Gilchrist was struck by the demeanor of the fraternity brothers.

"They were just sitting there so humble, going on with their day like, 'Oh, I just saved somebody's life, no big deal,'" she said, "I just thought I need to put them on Facebook."

The post went viral and has been shared more than 1,000 times.