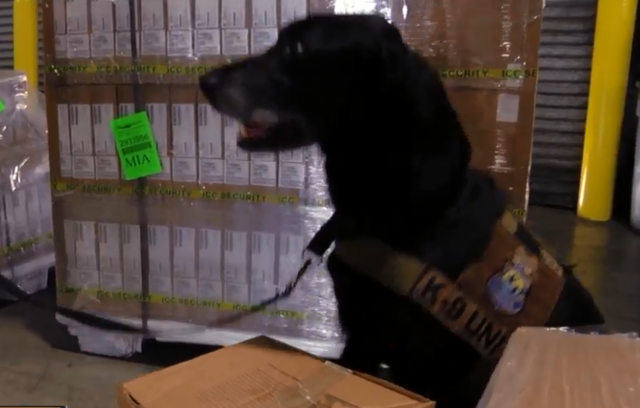 Wildlife trafficking is a billion-dollar business that's threatening animals across the globe. 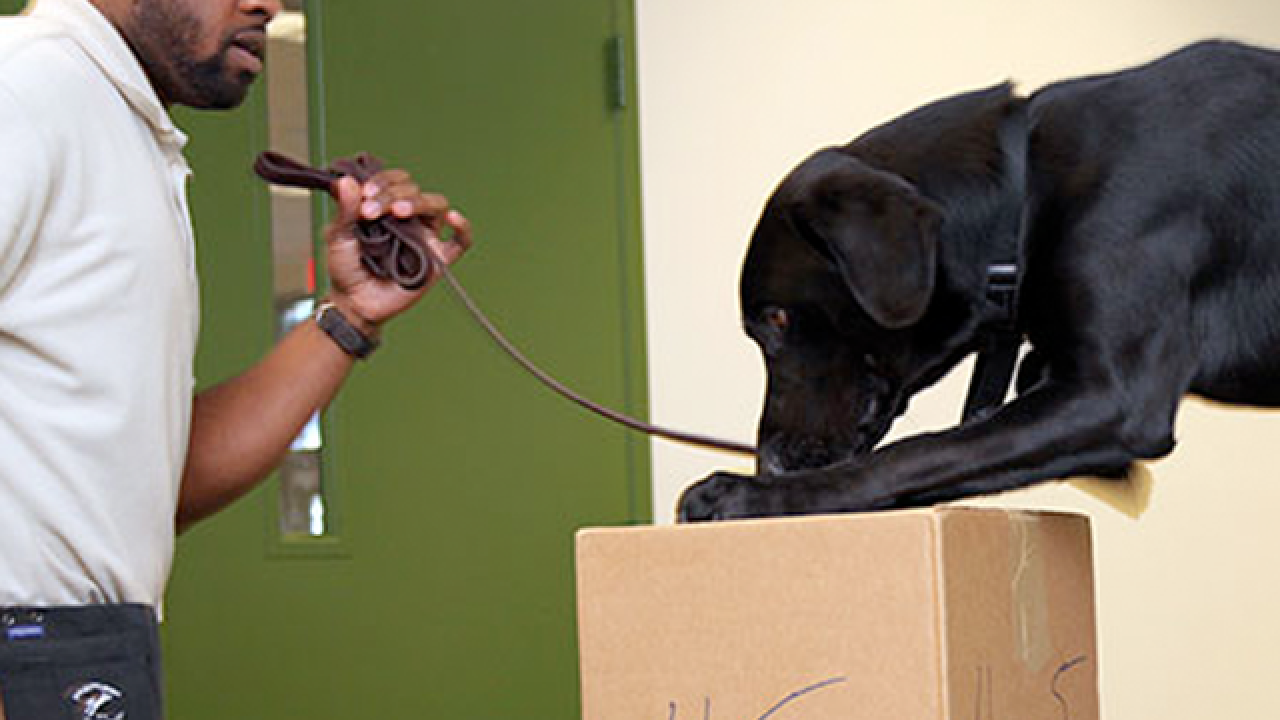 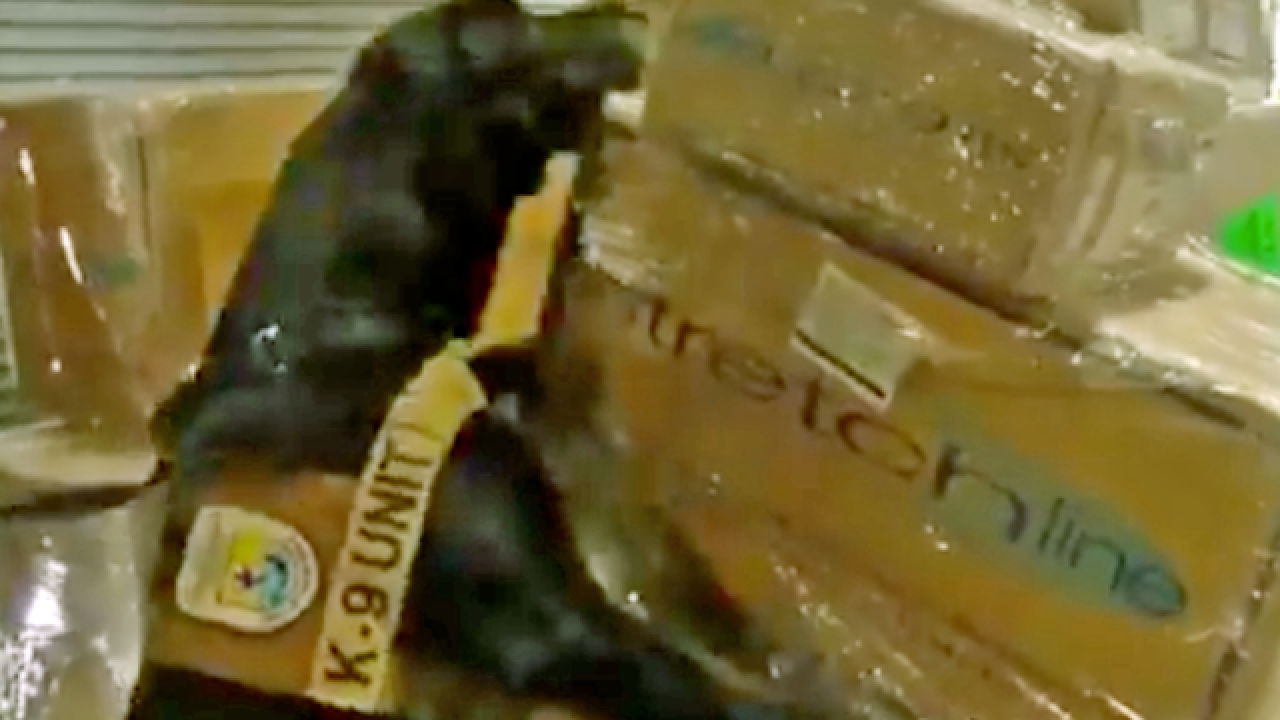 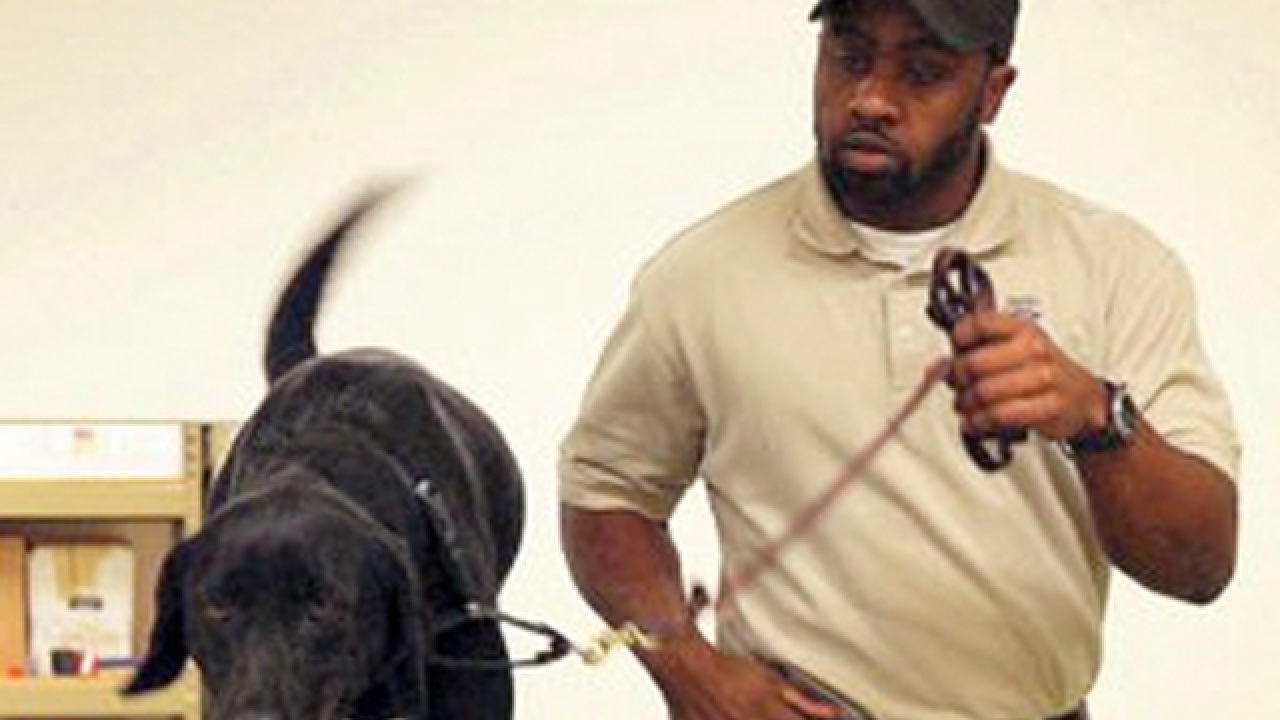 Wildlife trafficking is a billion-dollar business that's threatening animals across the globe.

In South Florida, U.S. Fish and Wildlife inspectors have a four-legged agent on their side, helping to sniff out the problem.

Viper's mission, along with his human partner Inspector Amir Lawal, is to sniff out illegal wildlife coming in and out of South Florida and help put an end to it.

He's trained in five primary scents -- ivory, rhino horn, python skins, sea horses and sea turtles but inspectors can add others as they come up.

Since adding Viper to the team, inspectors say it has really helped their efforts.

Eva Lara-Figuerdo is the Supervisory Wildlife Inspector in the Miami U.S Fish and Wildlife Office.

"The wildlife we are trying to protect and to enhance are animals that are endangered and threatened," said Lara-Figuerdo.

According to Lara-Figuerdo, the maximum sentence for wildlife crimes is five years, and some of the items
they have confiscated are worth hundreds of thousands of dollars.

"So, when you look at the criminal intent, versus the crime, the punishment that would come with it- whether financial or actual time, it's a profitable criminal endeavor, unfortunately," said Lara-Figuerdo.

Lawal said he has a great partner in Viper.

"It would take about five inspectors to do the average warehouse in Miami, with Viper I can clear the warehouse in about 10 minutes," said Lawal.

He says Viper has a semi-aggressive alert and a passive alert.

"He actually does a motion to let me know when something might be in a package when working on a belt so if a box is going by, Viper is going to scratch it so I can knock it off," said Lawal.

For his passive alert, "He'll go by and smell it and he'll sit to let me know hey I think there's something in this box right here."

But not everything that Viper alerts to is actually illegal or criminal in nature. Once Viper alerts, it is up to Lawal to figure out if it's actually illegal. He said he needs to determine if the proper permits were filed for the item or if the illegal nature comes down to an education issue. He says sometimes people don't know the proper procedures to follow when shipping certain animal products.

Other times, however, inspectors can tell the shipment is not only illegal but criminal.

"When you open the package and it says 'children's clothing' but you go inside and it is live turtles completely concealed in someone's socks- that is what the Fish and Wildlife Service is really looking for; illegal and criminal in nature," Lara-Figuerdo said.

She also showed off a boot that appears to be made of leather, but when you peel back the leather, you realize there is reptile skin underneath. That's something Viper could uncover much easier than a human inspector.

Viper uncovers illegal wildlife products about once a month.

U.S. Fish and Wildlife has an evidence room that is full of items that are part of ongoing investigations.

That includes items from Operation Longtooth. Viper helped initiate that investigation, which led to criminal charges and at least one local man serving jail time.

Lara-Figuerdo said, "It is really important for people at home to become aware of what is coming in from West Palm, Fort Lauderdale, Miami International when they visit these other countries all over the world."

And for Lawal, the reward is protecting the most vulnerable populations.

"A lot of times people wonder where is the protection for animals that are coming into the country or leaving the country? I'm standing here today to let them know that I am here, Viper and I are here to do that exact thing," said Lawal.

Viper is one of just seven U.S. Fish and Wildlife detection dogs across the country and Puerto Rico. They work at ports of entry in Miami, Puerto Rico, Chicago, Los Angeles, Honolulu, Anchorage, and Houston. While he works primarily in Miami, Viper and Lawal also cover Fort Lauderdale and sometimes head up to West Palm Beach. Their day can include searches at the airport, seaport, cargo warehouse, or mail centers.