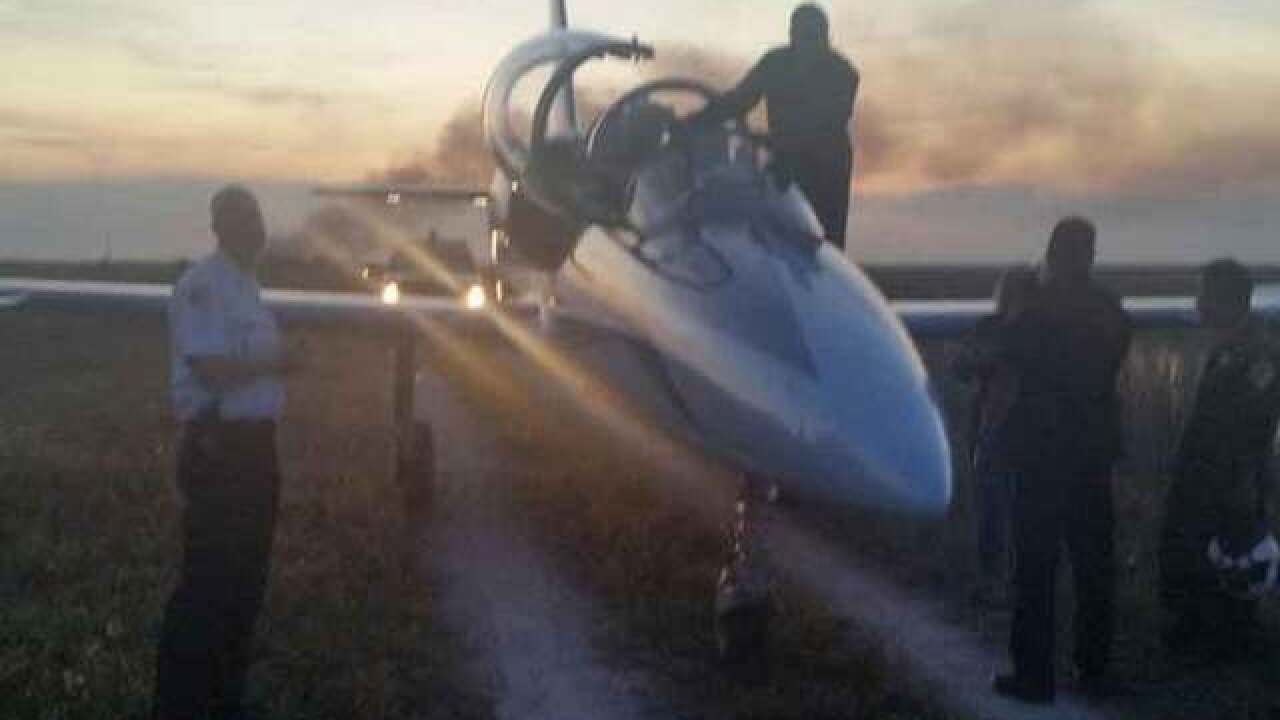 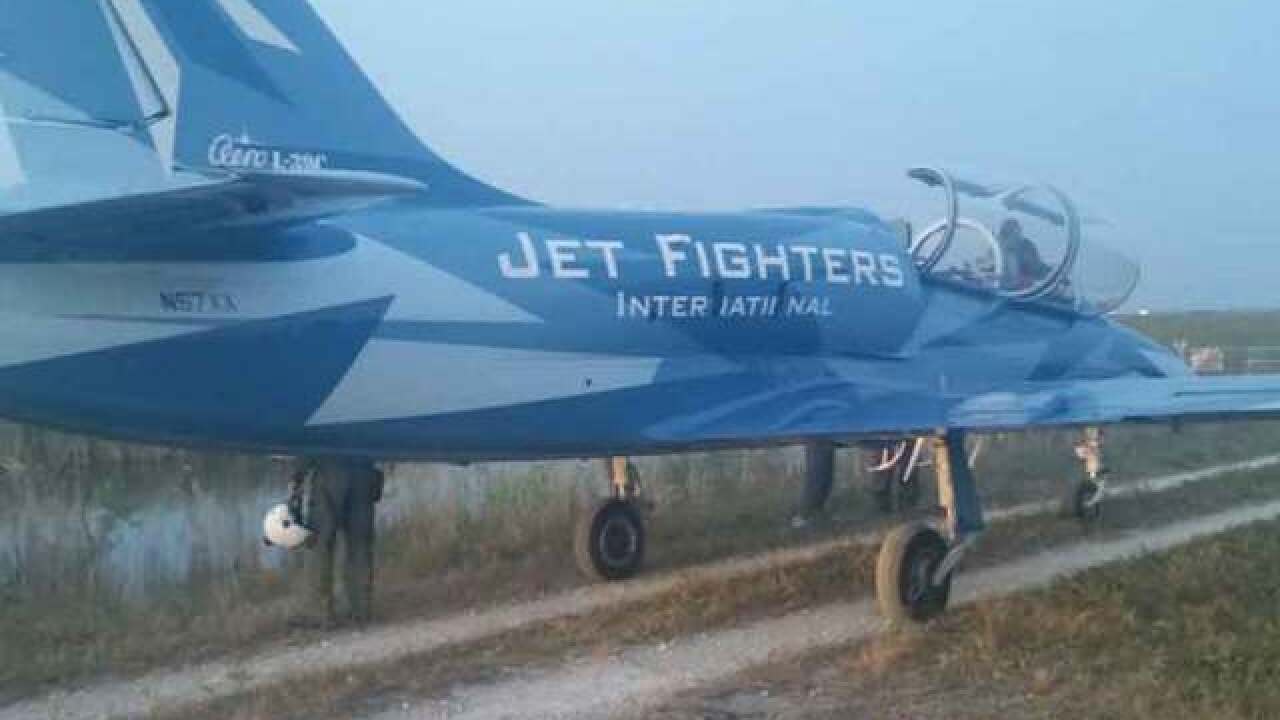 WESTON, Fla. (AP) -- Officials said a jet had to make an emergency landing Wednesday night in the Everglades in Broward County.

Multiple media outlets report that the single-engine jet made the emergency landing near Sawgrass Recreation Park.

Mike Jachles, a spokesman for Broward Sheriff Fire Rescue, says two people were on board. No injuries were reported.

Jachles says the aircraft landed on a levee in the park. He says that an airboat was used to reach the plane's occupants.

Federal Aviation Administration spokesman Jim Peters tells The South Florida Sun Sentinel that the experimental Aero Vodochody plane was on its way to Fort Lauderdale Executive Airport when the pilot reported an emergency after an engine-related problem.

Authorities are continuing to investigate.

Jet makes emergency landing on berm E of US 27, N of I-75. No injuries pic.twitter.com/5IIGpM3kqz