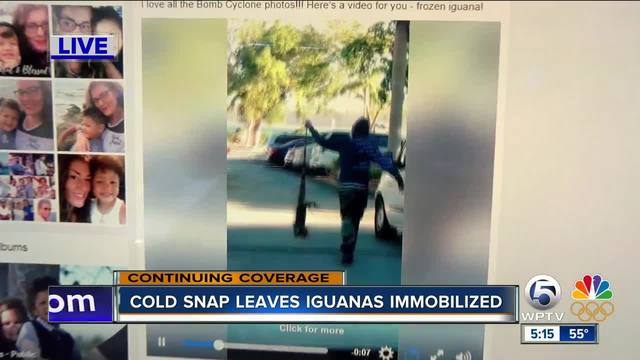 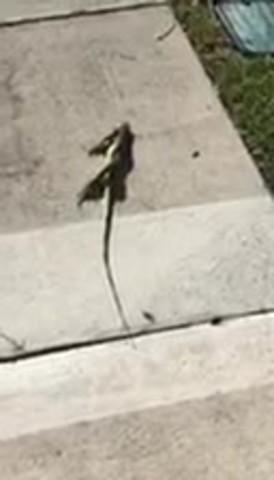 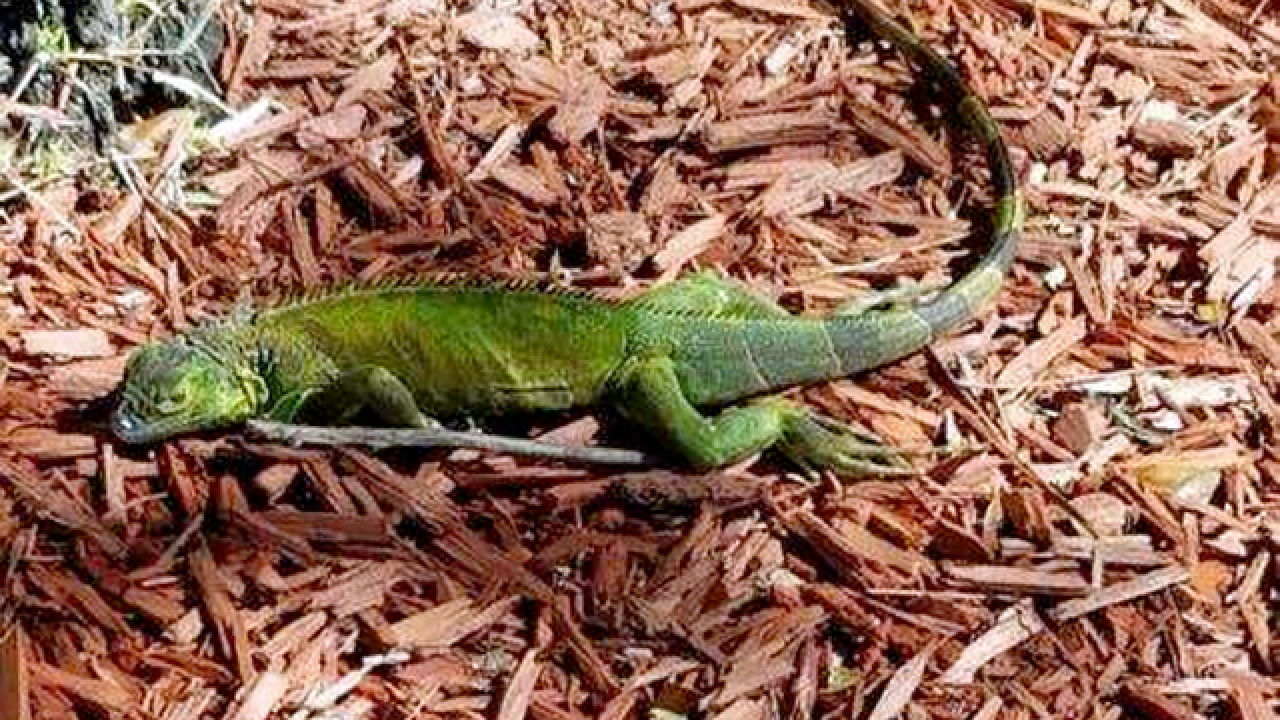 MIAMI (AP) -- It's so cold in Florida that iguanas are falling from their perches in suburban trees.

Palm Beach Post columnist Frank Cerabino tweeted a photograph of an iguana lying belly-up next to his swimming pool.

YouReporter Stephanie Thompson shared video of two stunned iguanas with WPTV's Ashleigh Walters. She was able to get two of them moving after they endured 38 degrees in Lake Worth this morning!

And, on her way to work WPTV viewer Jenna Isola videotaped a man moving a massive iguana out of a parking lot in West Palm Beach.

Green iguanas are an exotic species in Florida known for eating through landscaping and digging burrows that undermine infrastructure.

They're not the only reptiles stunned by this week's cold snap: sea turtles also stiffen up when temperatures fall. Wildlife officials say the frigid animals may appear dead but often are still alive.

The WPTV web team contributed to this report.

The scene at my backyard swimming pool this 40-degree South Florida morning: A frozen iguana. pic.twitter.com/SufdQI0QBx