Experts say an invasive species of frog is here to stay all across Florida's west coast. Cuban treefrogs have established themselves in Florida since they were first recorded in Miami back in 1952. The frogs are could be tan, gray, brown, or olive green. They are primarily found at night usually on walls and windows by sources of light in order to feed on insects. 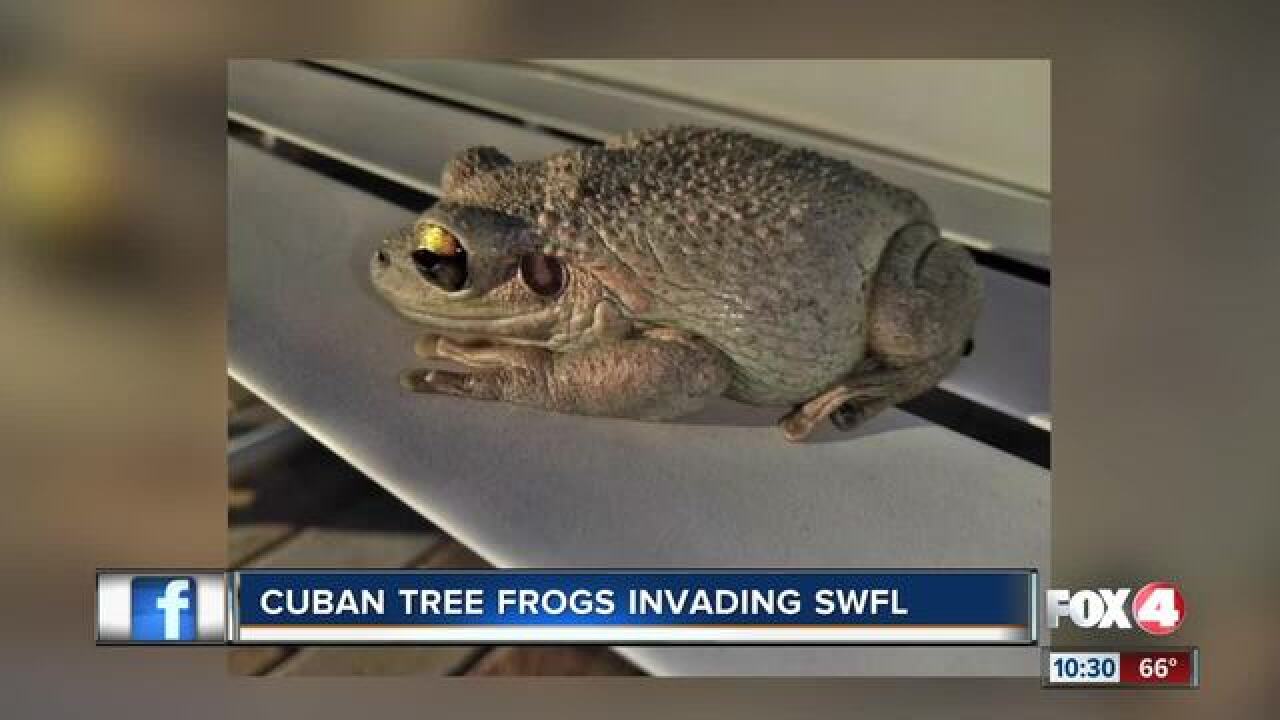 Experts say an invasive species of frog is here to stay along Florida's west coast.

Cuban tree frogs have established themselves in Florida since they were first recorded in Miami back in 1952.

The frogs could be tan, gray, brown or olive green. They are primarily found at night usually on walls and windows by sources of light in order to feed on insects.

Homeowners in Lee County say they have seen them surround their homes.

"Literally everywhere especially when you go out at night," said Katie Marino, after she saw a photo of what the frogs look like.

Wildlife experts say the frogs look for breaches in screens in order to hunt insects and native frogs.

"Once you have a rip, tear, or missing panel," said Ned Bruha, The Wildlife Whisperer president. "Your entire lanai is going to fill up with insects and then Cuban tree frogs," he added.

A viewer complained about Cuban tree frogs that popped up in Fort Myers. She was worried about their toxic skin.

"They're going to have irritants for your eyes and your mouth," said Bruha.

Bruha says he's more worried about pets if they come into contact with the frogs.

"Our pets don't know the difference," said Bruha about the danger they pose to your pets. "They see something moving and they want to go and get it."

He recommends a trip to the vet if your pet encounters a Cuban tree frog. The symptoms to watch for include extra saliva and a decline in their energy levels.

Bruha says your first line of defense is to make sure you plug holes in your walls and screens. He recommends a more humane approach in order to deal with them. He says the urge to kill them will drain your time and money since new waves of frogs will replace them.

"If you have a plastic glove or a shopping bag at home," said Bruha. "You can put your hand in it and grab a hold of it," he added.

Bruha says to double check areas around your front door and garage for the Cuban tree frogs. They tend to gravitate towards these areas because the light around them attracts food sources.