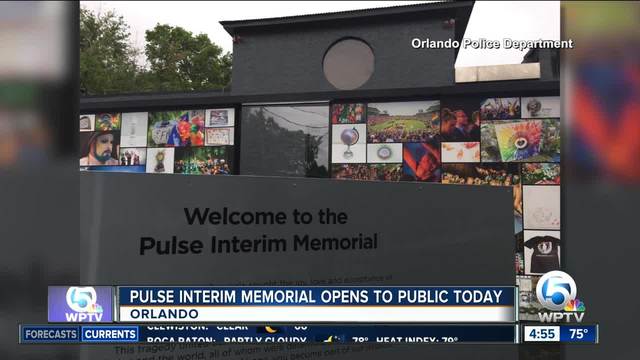 An interim memorial for the 49 people killed at a gay nightclub in Florida is opening to the public. 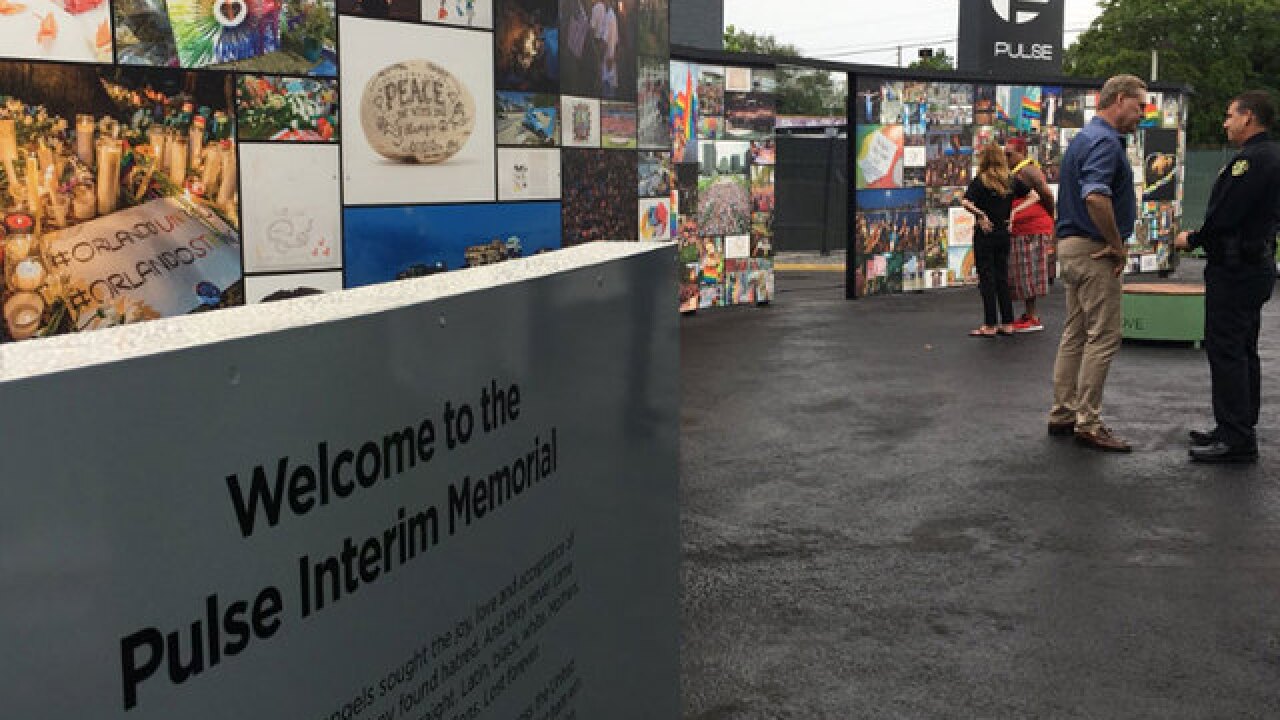 ORLANDO, Fla. (AP) — An interim memorial for the 49 people killed at a gay nightclub in Florida is opening to the public.

The onePULSE Foundation says that the temporary memorial will open at 3 p.m. Tuesday at the site of Pulse nightclub, which has remained closed since the June 2016 shooting.

The club's sign was improved, and a new fence was placed around the nightclub's perimeter. Planning and designing continues for the permanent memorial.

The Orlando nightclub was attacked by gunman Omar Mateen in June 2016. He pledged allegiance to the Islamic State during a three-hour standoff at the nightclub before he was killed in a shootout with police.

ICYMI: On Sunday, first responders were able to tour the completed @pulseorlando temporary memorial that will open to the public Tuesday.

What an incredible & moving tribute to Orlando, the 49 angels taken from our community, their families and the survivors. #OrlandoUnitedpic.twitter.com/drAmnMxPRr