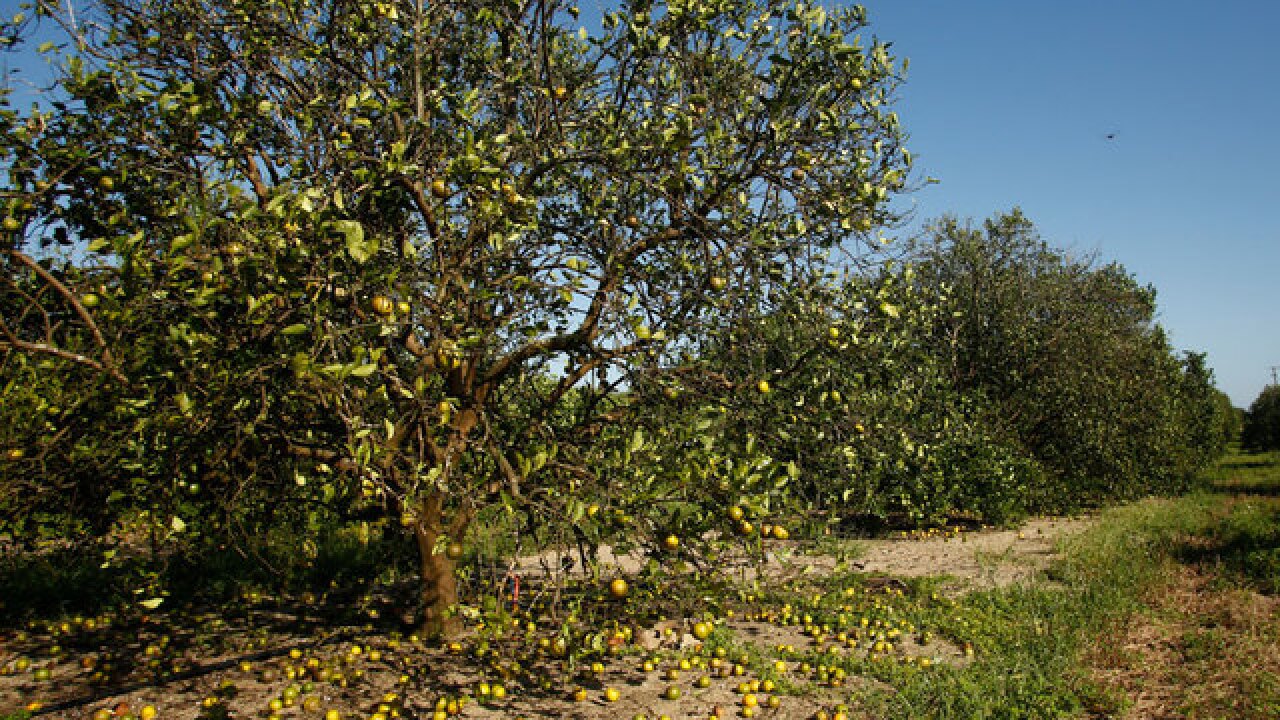 Image copyright 2017 Getty Images. All rights reserved. This material may not be published, broadcast, rewritten, or redistributed.
&lt;p&gt;Large numbers of oranges sit on the ground at the Story Grove orange grove in the wake of Hurricane Irma on September 13, 2017 in Lake Wales, Florida.(Photo by Brian Blanco/Getty Images)&lt;/p&gt;

The Lakeland Ledger reports that's a preliminary estimate of last season's crop value released by the U.S. Department of Agriculture.

Florida citrus acreage has declined continuously since 2000, at first under pressure from real estate developers buying groves for commercial development. Since 2005, the pressure has come from the fatal bacterial disease citrus greening.