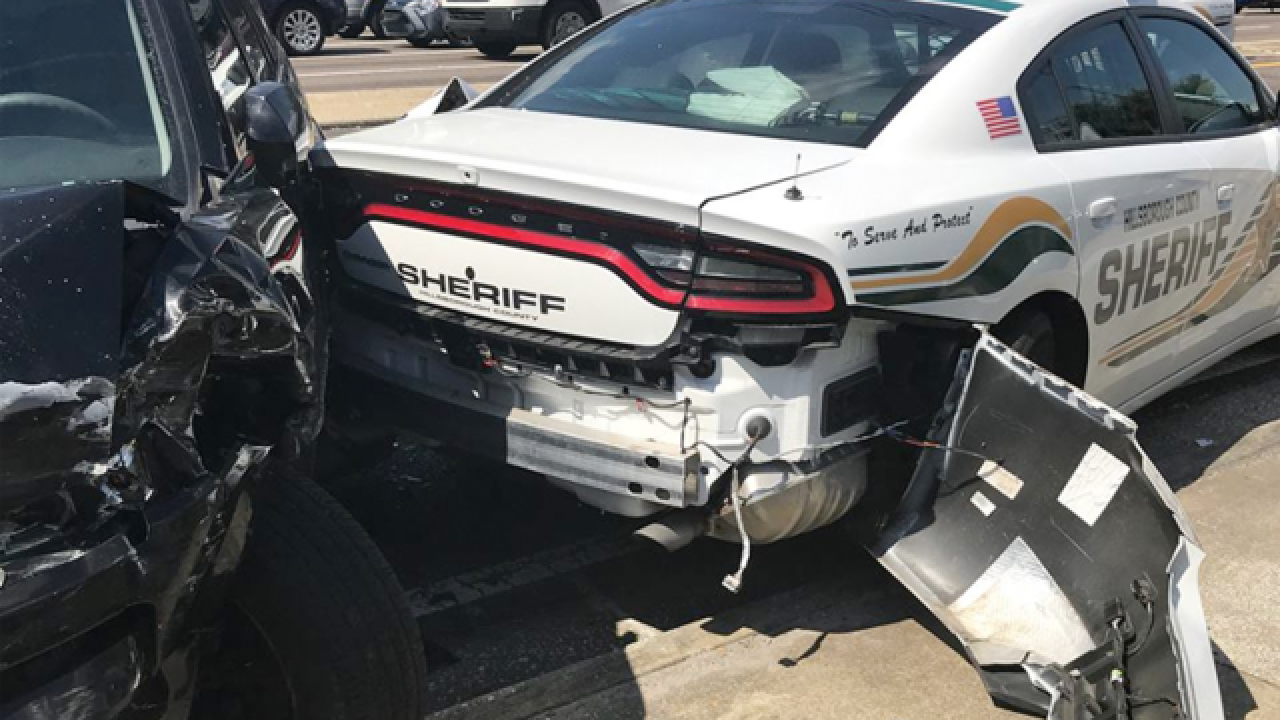 TAMPA, Fla. (AP) — Four people, including a deputy, have been injured in a wrong-way crash in Florida.

Citing the Hillsborough County Sheriff's Office, the Tampa Bay Times reports the agency learned Tuesday that Reginald Gambrell was driving the wrong way on a Tampa road. Deputies say Gambrell was experiencing a medical emergency at the time and drove onto a sidewalk before hitting another car. The crash caused the other driver, Holly Neider, to swerve and strike the cruiser of the responding deputy, John Duran.

All three people were taken to a hospital with minor injuries.

A passenger in Neider's car also was injured but refused treatment.

The newspaper reports the sheriff's office hasn't released the nature of Gambrell's medical emergency. Gambrell was cited for driving the wrong way.