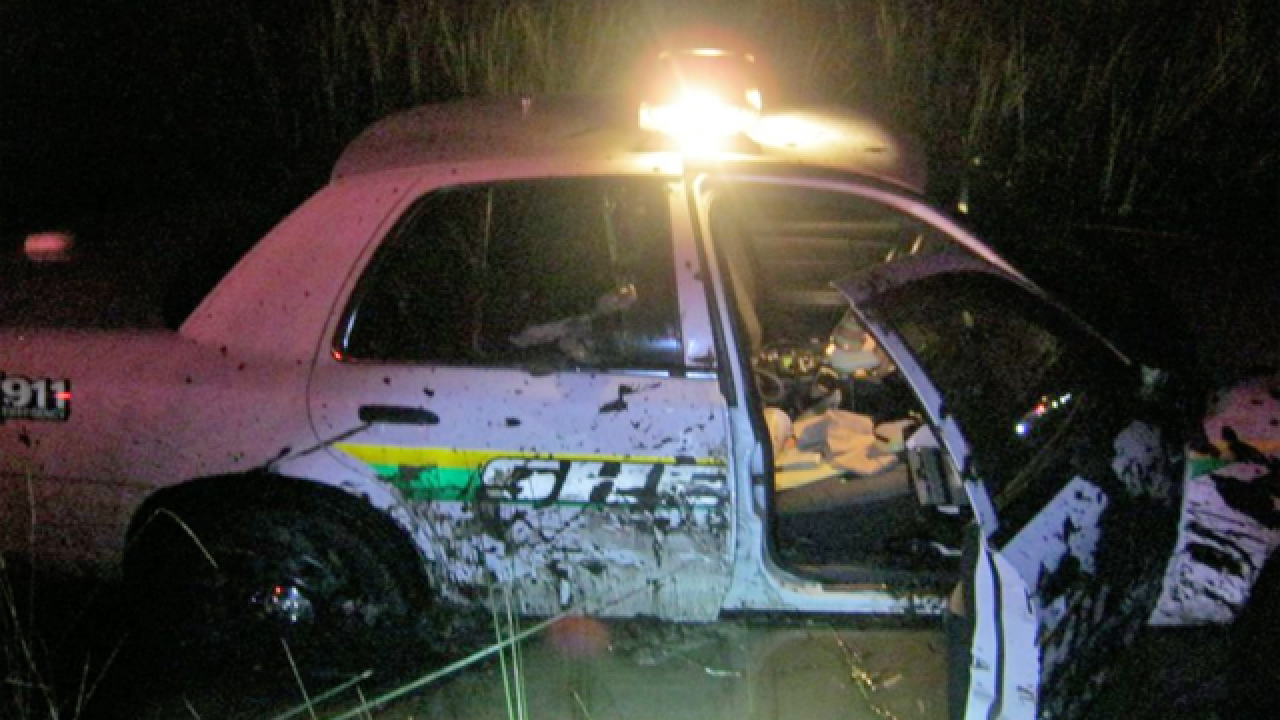 A Hernando County deputy tried to avoid hitting a deer early Monday morning but ended up crashing his cruiser into the water, the sheriff's office said.

According to the department's Facebook post, Deputy David Merced was northbound on Shoal Line Boulevard when he spotted the animal in the road and swerved his vehicle.

He ended up veering into a canal.

The sheriff's office said the deputy was not hurt but his vehicle was partially submerged.

The crash is still under investigation.