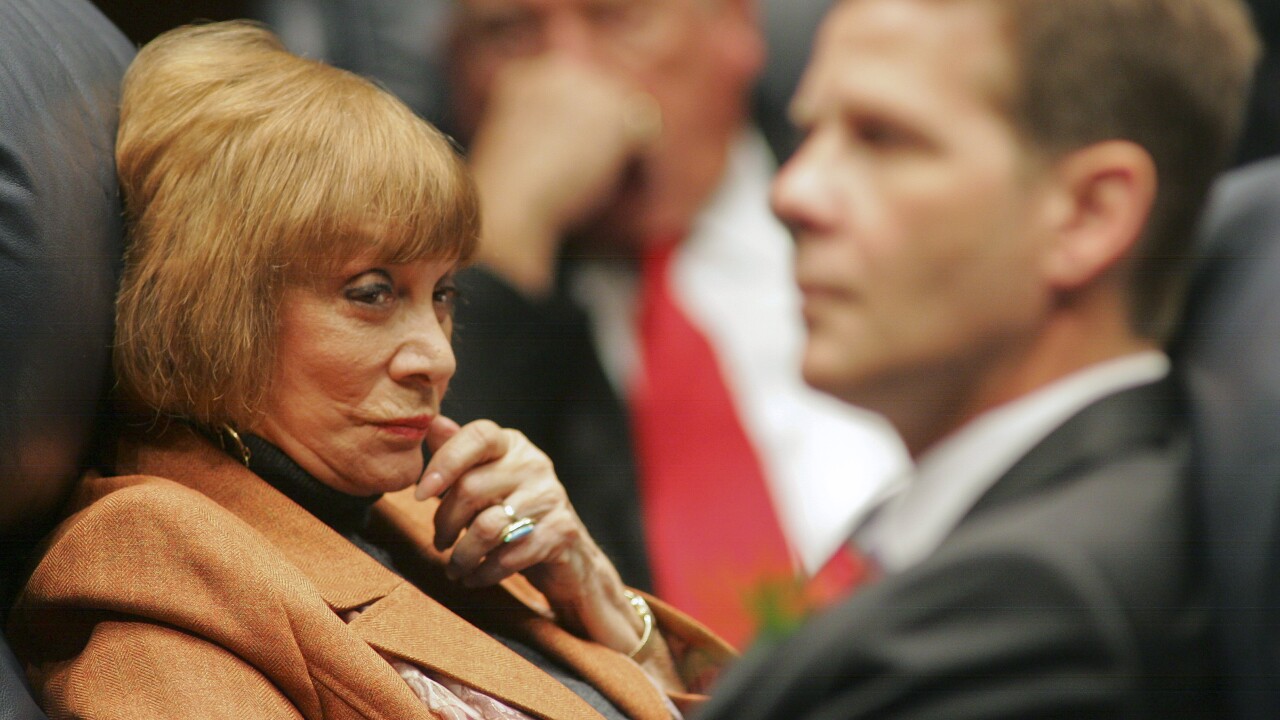 Associated Press
Phil Sears/AP
Sen. Gwen Margolis, D-Coconut Grove, Sen. Andy Gardiner, R-Orlando, right, and Sen. Charles Dean, R-Inverness, in back, listen to discussion of the Ethics and Elections bill (SB2) on the floor of the Senate Monday, March 4, 2013, at the Capitol in Tallahassee, Fla. The bill passed 40-0.

TALLAHASSEE, Fla. — Gwen Margolis, who was the first woman to serve as president of the Florida Senate, died Tuesday at the age of 85.

The longtime Florida politician served in a variety of roles within the state legislature over the course of more than four decades.

Margolis served three terms in the Florida House from 1974-80 and then moved on to the Senate.

The Democrat from Coconut Grove served as Senate president from 1990-92. She left state office in 1992 for a failed congressional bid, losing to Clay Shaw in the general election.

Margolis later became a commissioner for what is now Miami-Dade County before returning to the state Senate in 2002.

After unsuccessfully challenging to prevent a runoff election for Miami-Dade County property appraiser in 2008, Margolis lost and returned to the Senate in 2010.

Margolis abruptly ended her re-election campaign in 2016 after referring to her opponents as "three Haitians, some teacher and some lawyer" during a Democratic meeting.

Current Senate President Bill Galvano said he "learned so much from" Margolis as a freshman legislator.

"After I was first elected to the Senate in 2012, I can remember joining Sen. Margolis for several dinners, listening to her advice, and hearing so many of her stories about the process and the people she encountered along the way," Galvano said. "She could be fierce, yet loving, and I know those of us who served with President Margolis miss her quick wit in committee and on the Senate floor."