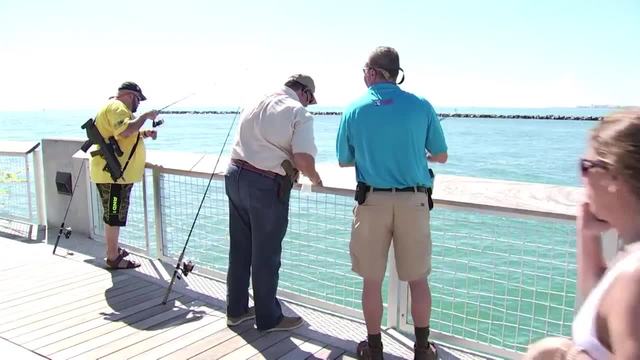 Open carry advocates in the Miami area carried their weapons to a fishing pier to stress the importance of the state's open carry laws. 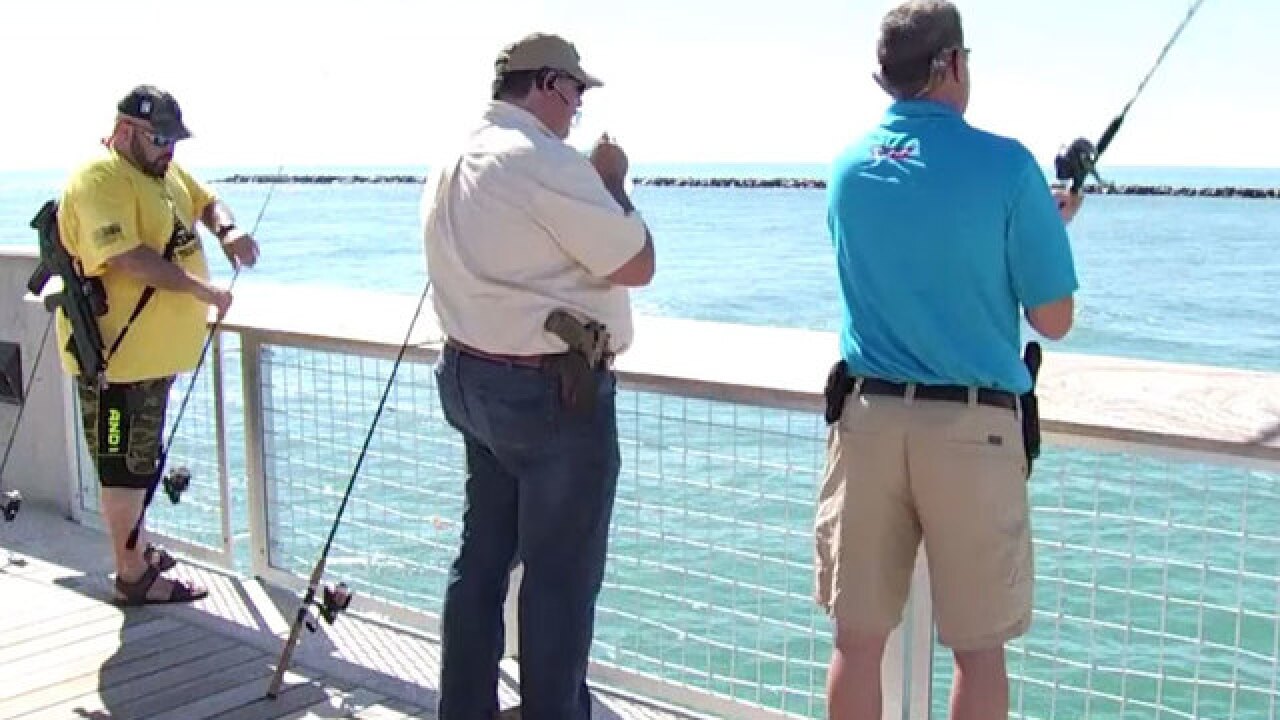 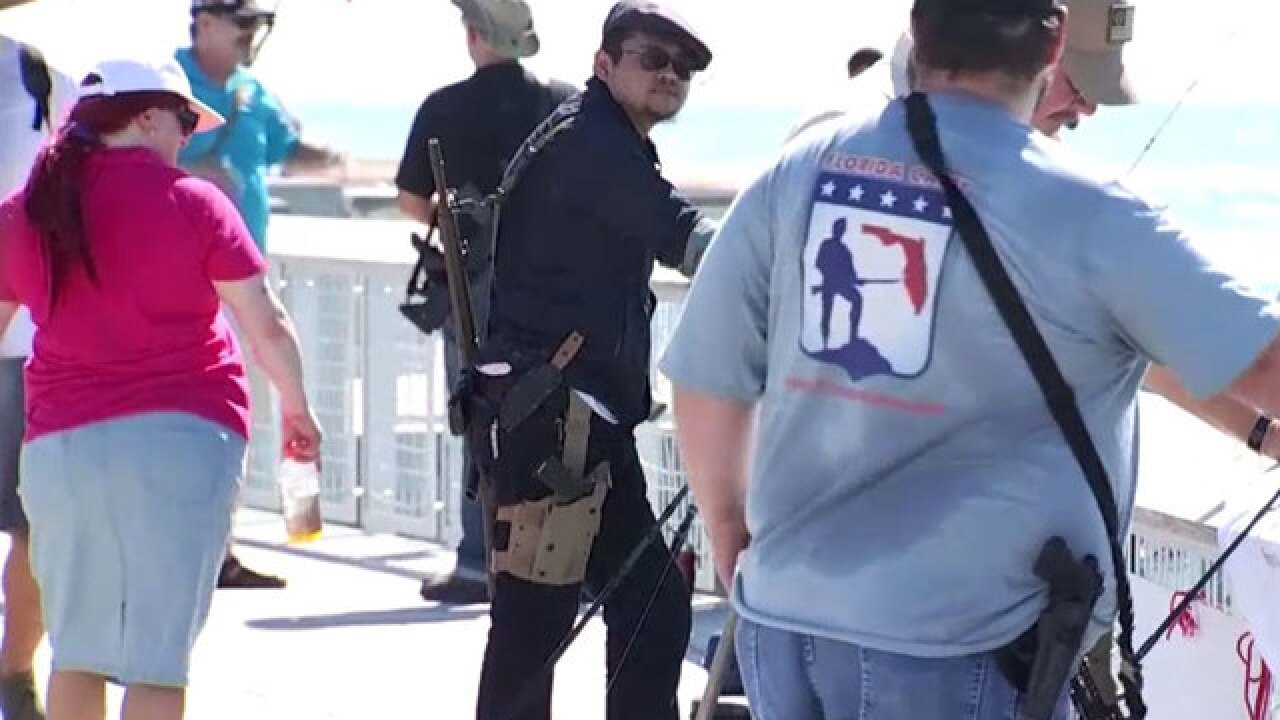 A group of open carry gun enthusiasts had a well-armed visit to Miami Beach on Saturday.

The group calling itself "Florida Carry" caused a disturbance when they showed up on the South Pointe Park Pier in June.

At that time, six members of the group startled fishermen and visitors, some of whom notified police.

Officers temporarily detained and disarmed the group, but determined that they were within their rights to carry weapons.

This time, the group announced it's intention to show up at the pier on a Facebook page, and police were ready and accommodating.

The group walked to the pier and proceeded to fish, gathering several double-takes from other fishermen and tourists.

Open Carry Advocate Steven Merrette said, "This is our statement to come out here and try and educate not only the law enforcement officers but the general public as well. We are not the problem. We're out here peacefully fishing, we've got our wives, our kids with us, we're out here having a good time, nobody's causing any problems."