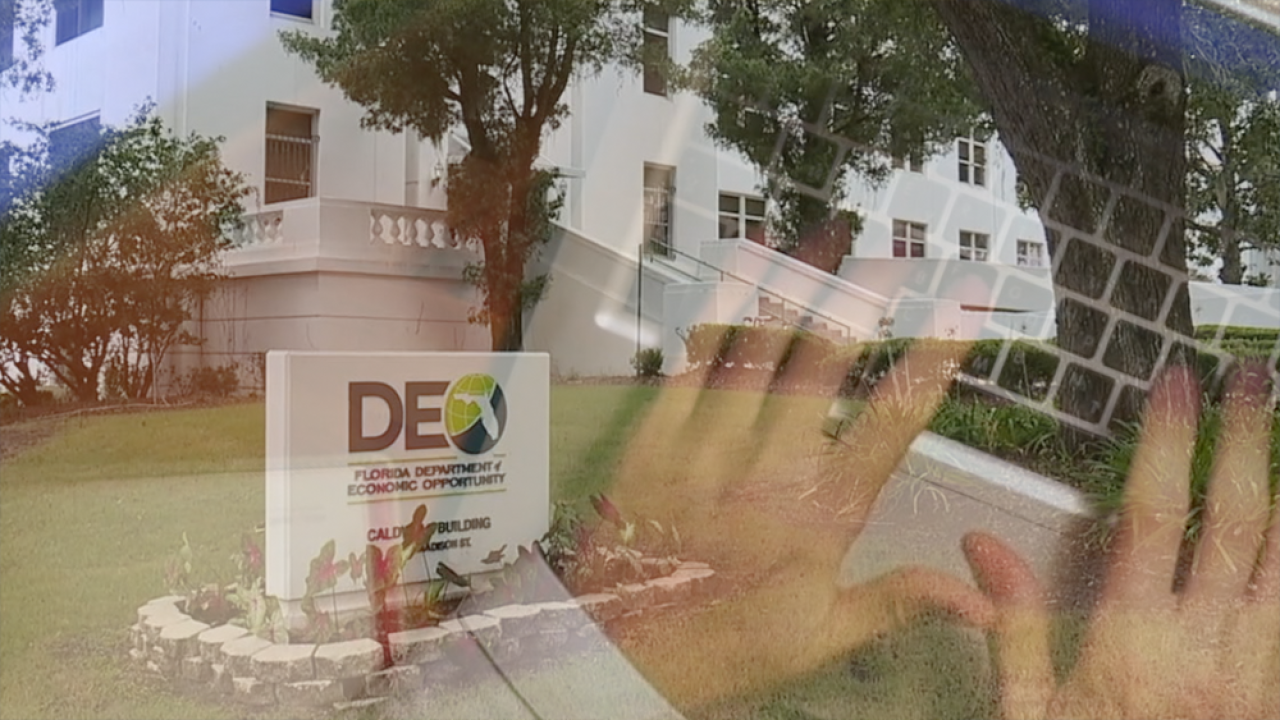 DeSantis said forms often lack Social Security numbers or information about wages earned when the applicants were employed or they improperly list reasons for people being out of work.

“We were in Tampa the other day, and one of the reporters said, ‘You know, I have someone here who has been unable to (get approved), filed them in mid-March,’” DeSantis said Monday while in Orlando. “So, it's like, give us a name. We took the name, and it turns out the employer’s contesting it, saying that the individual quit.”

DeSantis, who intends to provide more information Tuesday on the state’s much-derided handling of jobless claims and the “common pitfalls” by applicants, made similar comments Friday while in Jacksonville, where he said, “nine times out of 10 the application’s incomplete.”

On Monday, DeSantis also put the onus on the news media to check the backgrounds of people, including Social Security numbers, before using them in anecdotal stories on the state’s CONNECT unemployment system.

“You got a responsibility if you’re going to put that out to viewers to say that, ‘We’ve looked into it, the person submitted Social Security, the person is eligible,’” DeSantis told a reporter who claimed to have the names of 5,000 people who have been waiting since March for assistance.

DeSantis, who has called for an investigation into the creation of the $77.9 million CONNECT system, which went live in 2013, noted at prior appearances across the state that the Department of Economic Opportunity would put an emphasis on checking the status of applications when forwarded by reporters.

Democrats have called for the investigation of CONNECT to include the handling of claims under DeSantis, as applications flooded the system when businesses downsized and closed as COVID-19 spread throughout the state.

Senate Democrats were expected Monday afternoon to deliver to DeSantis’ office information about more than 1,000 applicants who have been waiting for unemployment benefits.

“The names and claimant ID numbers of Floridians who applied in March and have yet to receive benefits are those gathered from members of the Senate Democratic Caucus who have been fielding thousands of calls from frustrated Floridians since the breakdown of the governor’s unemployment website,” Senate Democrats said in a news release.

From March 15 through Sunday, the Department of Economic Opportunity had received more than 2 million applications for unemployment, of which about 1.3 million were considered “unique.”

Issues of identity have been raised in 12,927 cases, and 225,421 have been held up due to employer and wage disputes.

DeSantis said Monday that after work over the weekend, 97 percent of the unique and valid applicants have drawn state or federal benefits.

The department in a Sunday recap also reported 43,813 claims have come from out of state, and fraud has been detected in 32,221 cases.