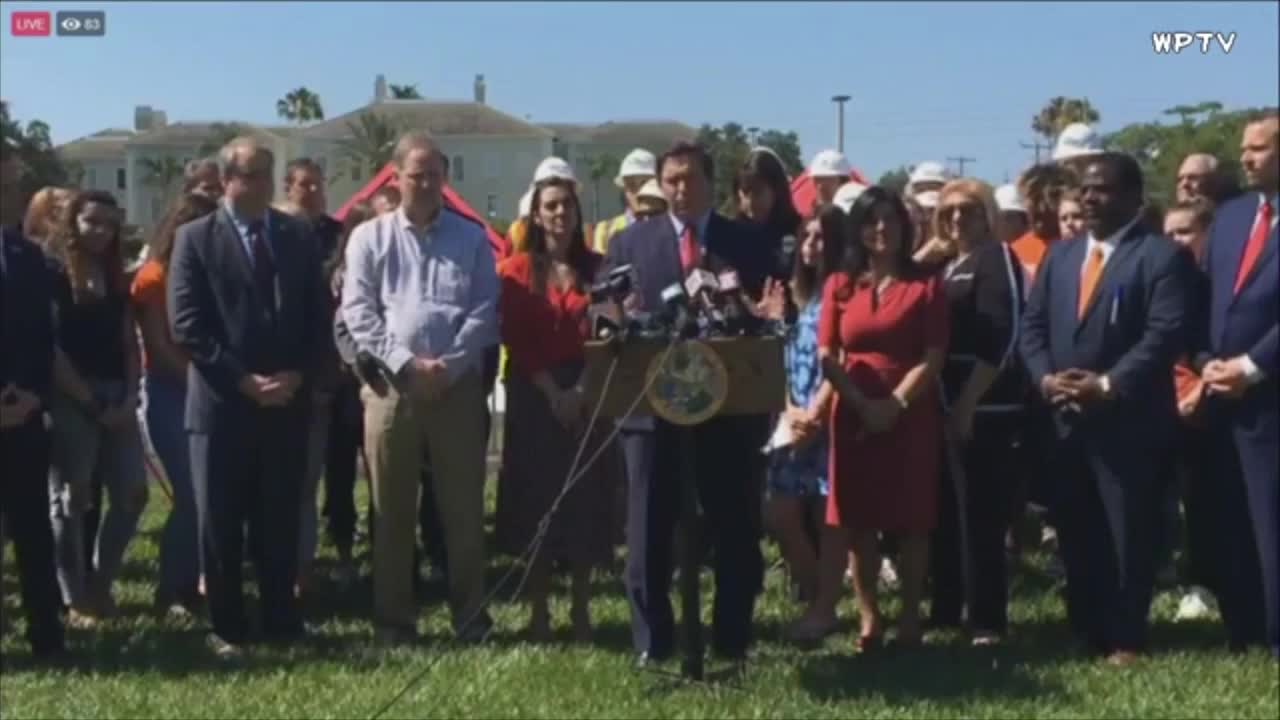 The federal government plans to release hundreds of migrants into Broward and Palm Beach counties starting next week, blindsiding Gov. Ron DeSantis, who has been an outspoken supporter of President Donald Trump’s efforts to crack down on illegal immigration. 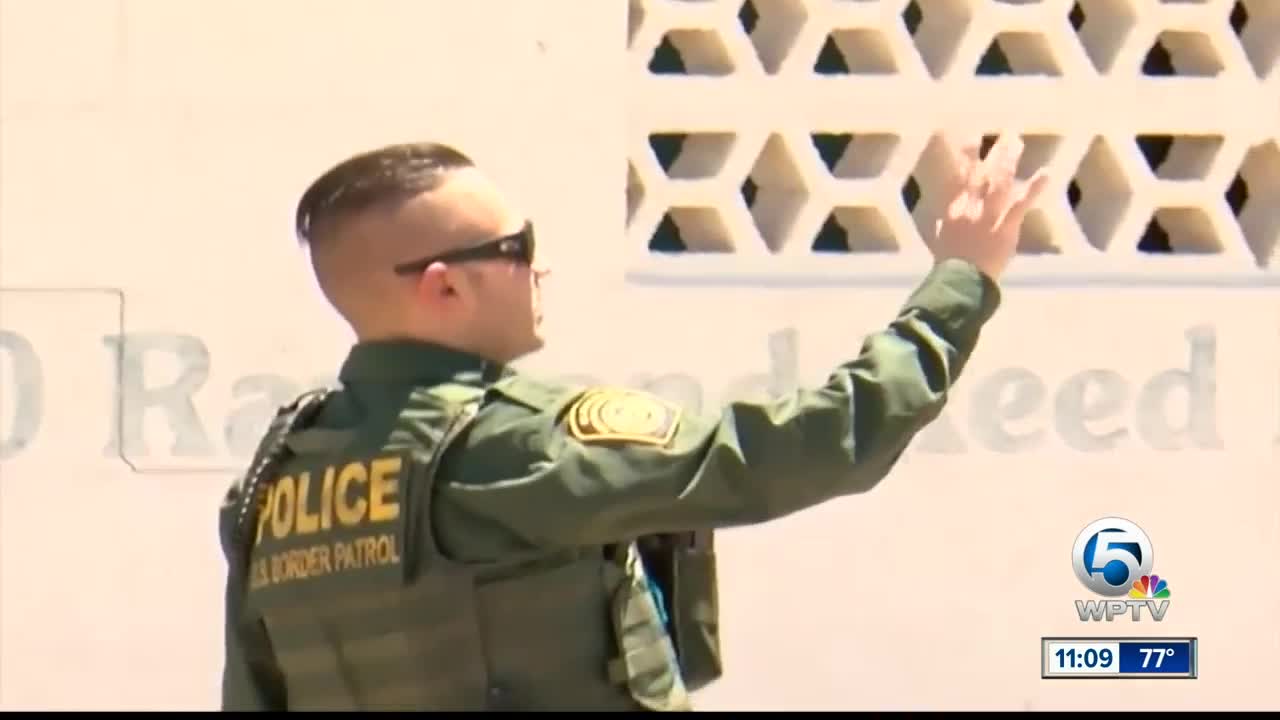 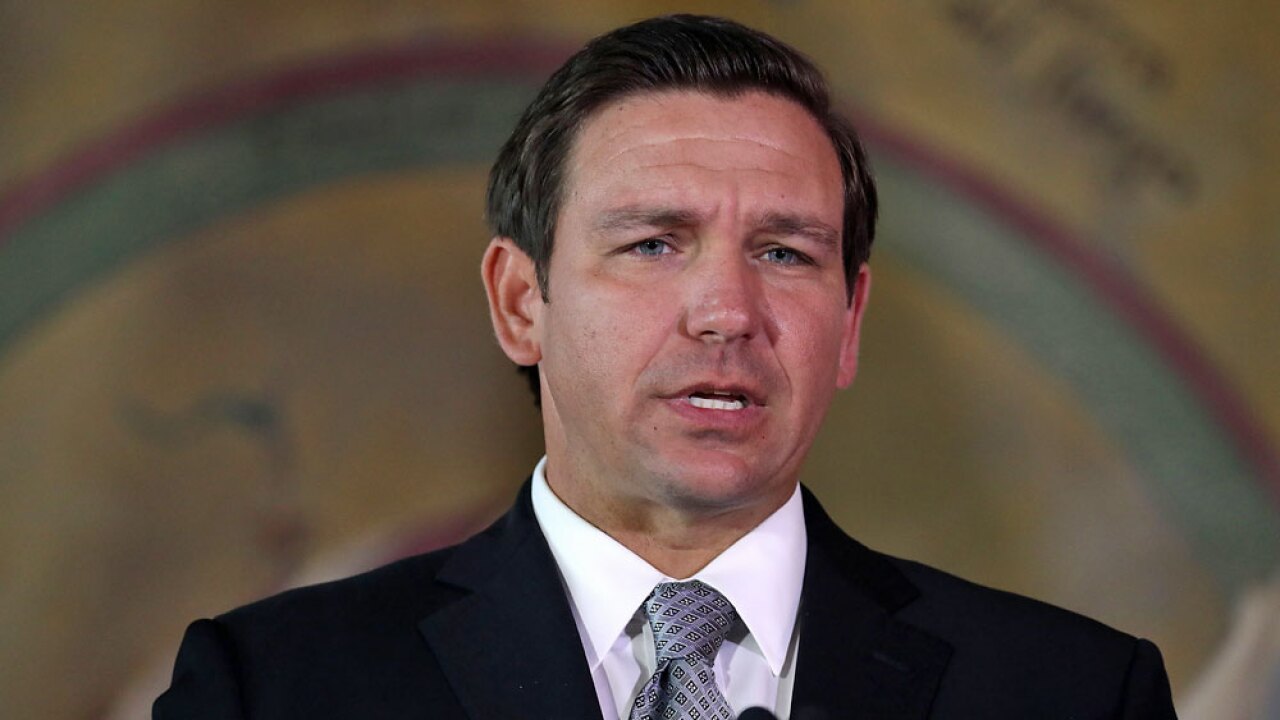 TALLAHASSEE, Fla. — Florida Governor Ron DeSantis expressed his concern on Friday with a plan to release hundreds of migrants into Palm Beach and Broward Counties starting later this month.

The governor said he plans to speak to President Donald Trump to get more information about the measure. He claimed the order came from U.S. Border Patrol, not the White House directly.

"I don't think this should happen in Florida," said Gov. DeSantis. "My understanding is this would be just releasing people into our society."

The Republican governor has been an outspoken supporter of President Trump’s efforts to crack down on illegal immigration. The governor's office claims DeSantis was not informed of the move.

Local officials said the plan involves releasing about 1,000 migrants a month, split between the counties.

The move by the federal government, which is trying to alleviate problems at the U.S.-Mexico border, was quickly called “political playback” by Democratic officials. Broward and Palm Beach counties are two of the state’s largest Democratic strongholds.

“I believe it’s purely political --- the president has made it clear that he is targeting Democratic stronghold areas, and Broward fits that criteria,” state Rep. Shevrin Jones, D-West Park, said.

Jones’ comments were in reference to a Trump tweet last month about considering releasing migrants detained at the border into mostly Democratic “sanctuary cities,” suggesting that liberals would be “very happy” to receive them. Broward and Palm Beach counties do not have sanctuary-city policies.

“It’s shameful that anyone would use another human being as political payback,” said state Rep. Evan Jenne, D-Dania Beach. “It will cost us money, yes, but our soul will remain intact.”

The plan for U.S. Customs and Border Protection to transport about 500 migrants a month to each county was confirmed Thursday by U.S. Sen. Marco Rubio, R-Fla., and local officials in both counties. Kim Maroe, a Broward County spokeswoman, said county Mayor Mark Bogen talked to DeSantis’ chief of staff, Shane Strum, on Wednesday about the federal government’s plans.

U.S. Rep. Ted Deutch, a Democrat whose district includes parts of both counties, said Thursday “there’s a stunning amount of confusion surrounding the administration's outrageous immigration policy, even more today than usual. While I'm compelled to point to the president's mean-spirited, ongoing effort to demonize immigrants and divide our country rather than seriously addressing this issue, I hesitate saying more about these reports because no one in the administration seems to know what is happening.”

Palm Beach County Mayor Mack Bernard said at a news conference that he wants to talk to the governor, adding that a national emergency might need to be declared with so many people coming into the county.

U.S. Rep. Matt Gaetz, a Panhandle Republican who is a major Trump ally, said he does not want a “horde of illegal immigrants dumped” in the state.

Bradshaw told Rubio that U.S. Customs and Border Protection will begin transporting 500 migrants a month from the border to Broward and Palm Beach counties and release them pending asylum hearings, the senator’s tweet said.

“There is a crisis at the border that is leading to a flood of immigrants, but Democrats refuse to help fix it,” Chris Hartline, a spokesman for U.S. Sen. Rick Scott, R-Fla., said in a prepared statement.

Scott, who served as governor from 2011 until early this year, has reached out to local sheriffs and is contacting the White House and the Department of Homeland Security to get more details, Hartline added.

As Broward braces for an influx of migrants, Bogen said he expects to see a strain on local social services and a need for a homeless encampment.

“This is irresponsible policy,” Bogen said in a prepared statement. “To bring hundreds of people here every week without providing the necessary resources to house and feed them is inhumane.”

Bernard and Bradshaw said the influx is a public safety problem and will put pressure on resources.

“We have not taken any official action yet, since this is new. But to be honest this is not something that was planned, and we need better planning from our federal government,” Bernard said. “We are not a border state. We are Palm Beach County in the state of Florida.”

When asked for more details on the decision, a spokesperson with Customs and Border Protection referred all questions to the White House, which did not immediately respond to requests for comment.

The news of the plan broke just as Trump prepared to roll out a “pro-American” immigration plan, which would increase educational and skills requirements for people who want to migrate to the United States.

“Democrats are proposing open borders, lower wages and frankly, lawless chaos,” Trump said during a news conference in the Rose Garden of the White House. “We are proposing an immigration plan that puts the jobs, wages and safety of American workers first.”

Since he took office, DeSantis has pushed for legislation that would force local law-enforcement agencies to fully cooperate with federal immigration authorities and ban so-called sanctuary city policies in the state.

The Legislature this spring passed a bill that would give the governor authority to remove local officials from office if they do not fully comply with federal immigration laws.

The sponsors of the bill, including Sen. Joe Gruters, the chairman of the Republican Party of Florida, did not immediately respond to requests for comment on the federal government’s plans Thursday.

WPTV and the News Service of Florida contributed to this report.