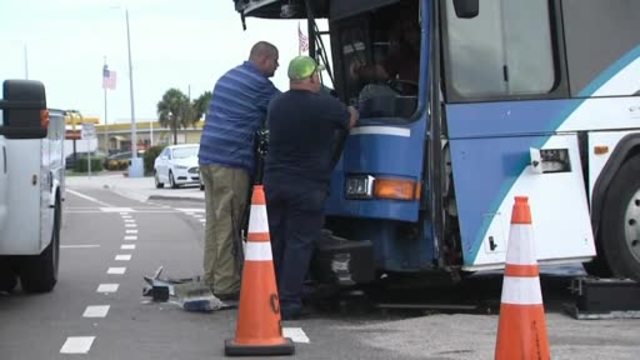 A Pinellas County bus out of control, the driver unresponsive behind the wheel. A good Samaritan jumped to help stop the bus and save lives. Peter Bernard spoke to him about his wild ride. 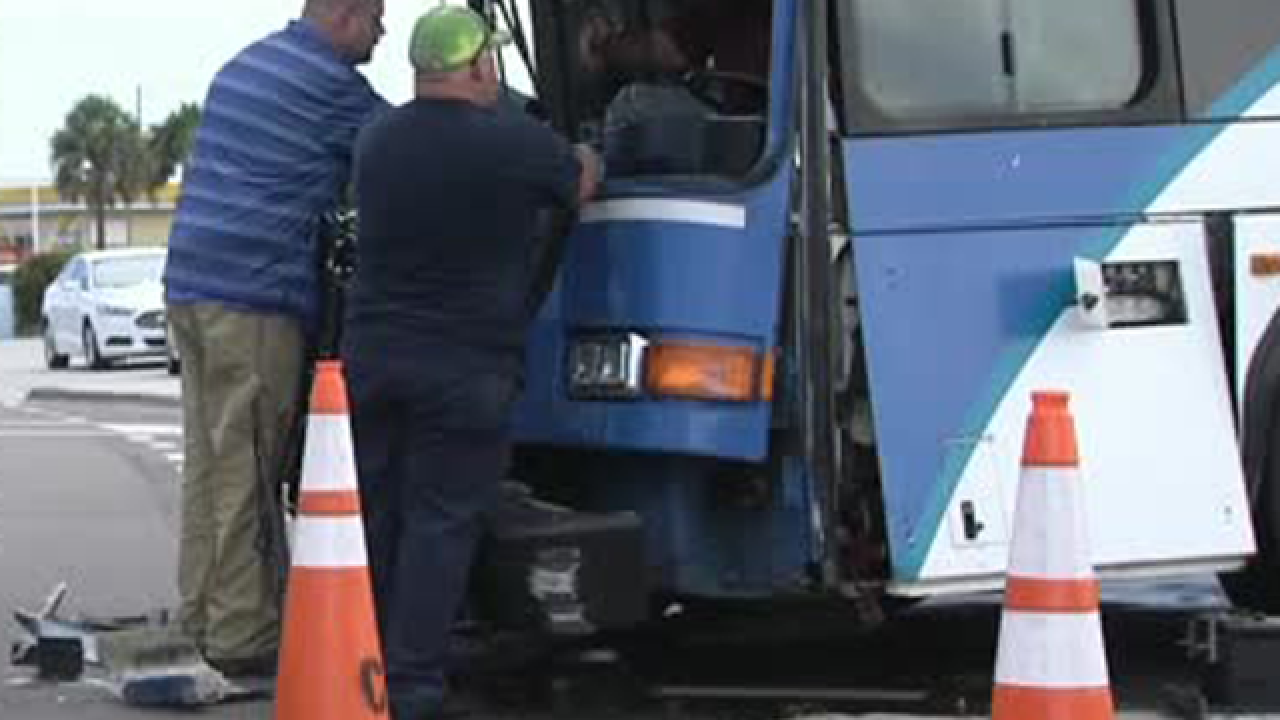 "I was in panic mode. Everything happened in milliseconds," said Mike Hale.

Moments before, Hale, driving his car, saw the bus jump a curb. He honked, yelling "are you okay?"

He called 9-1-1, keeping the bus in sight, following it to Treasure Island. Recognizing the driver was not with it, he jumped on board."I tried pulling his accelerator leg off the accelerator, and it wasn't happening."

Jones is a large man, hard to move. "So I grabbed the steering wheel," Hale recalled.

Struggling to move it, he maneuvered away from a large palm tree.

"Then we jumped over the median again on the other side, and we're headed towards the surf shop," Hale said.

The out of control bus drove like a bumper car, down 107th Avenue.

"We hit the concrete pole, just leveled it. I took a pretty good hit against the dashboard," Hale said.

Concerned about cross traffic and pedestrians on Gulf Boulevard, Hale used his hand to push the brake. "We were moving. I thought I was going to be dead."

Hale has some sore ribs and a sprained thumb. Driver Ervin Jones is a 17-year veteran and a former driver of the year. He is hospitalized.