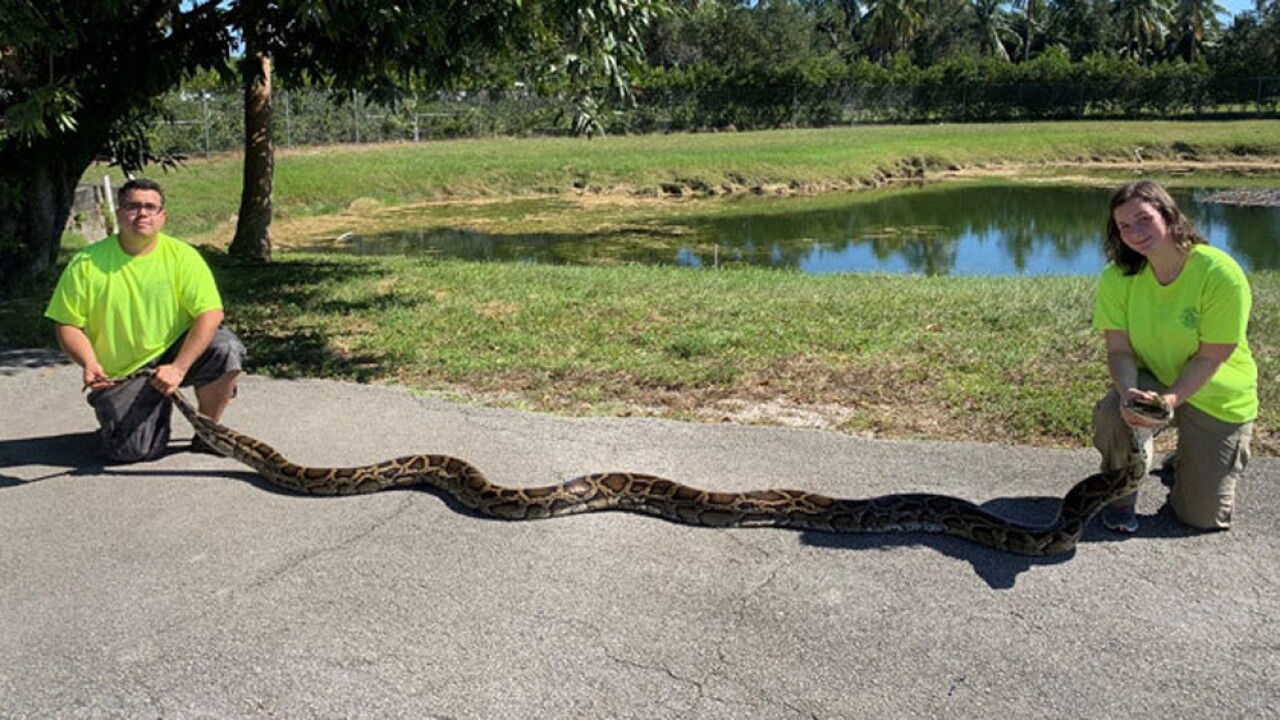 FWC said their team removed from the wild an 18-foot, 4-inch female on Sept 22 at the Big Cypress National Preserve. The snake weighed 98 pounds, 10 ounces.

FWC said the snake was also just 4 inches shorter than the longest wild python ever captured in Florida.

Wildlife experts say capturing large adult female pythons is critical because it prevents them from potentially adding an average of 30 to 60 hatchlings to the population each time they breed.

In addition to this big snake, FWC said their Python Action Team has now caught 900 of the invasive snakes. No. 900 was caught on Sept. 24 in the Everglades and Francis S. Taylor Wildlife Management Area in Miami-Dade County.

Members of the Python Action Team are paid to capture the snakes in specific areas throughout many public lands in South Florida.

The public can help the FWC control nonnative invasive wildlife by reporting sightings to the FWC’s Exotic Species Hotline at 888-IveGot1 (888-483-4681), online at or by using the free smartphone app IVEGOT1.