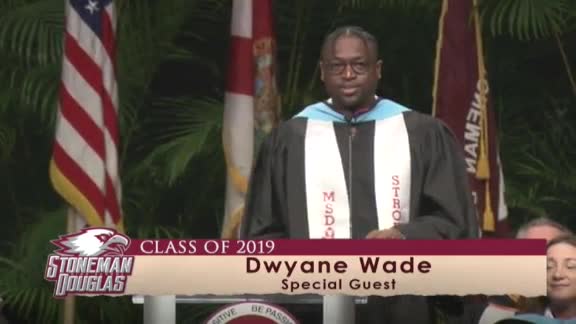 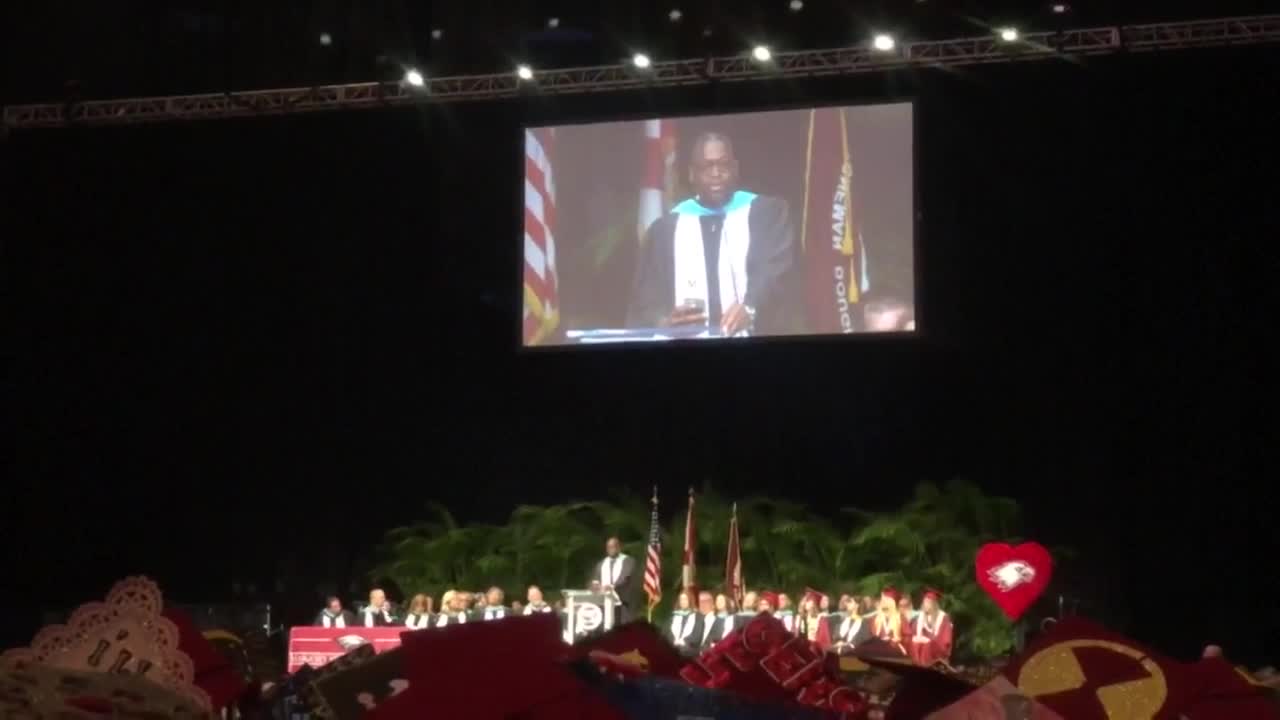 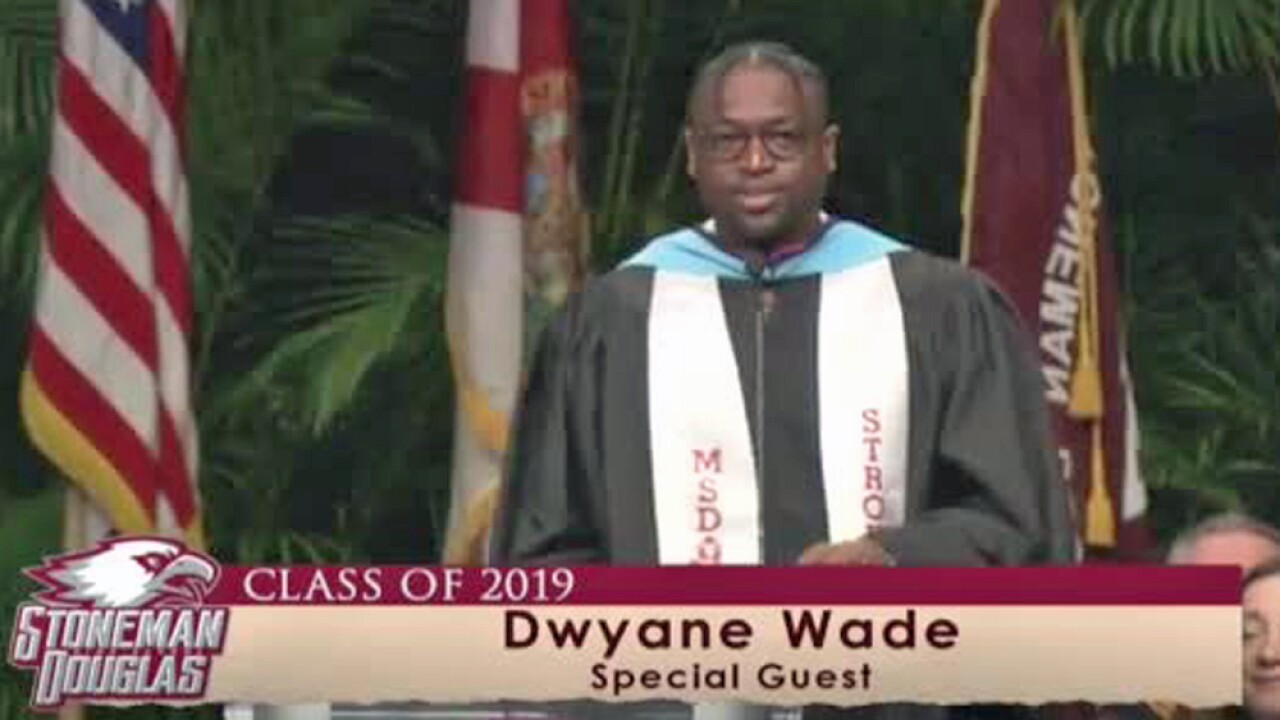 Wade called himself "part of this MSD family" and told graduates that it was understandable if they feel unsure about their futures — because in some ways, after 16 years in the NBA, he also is unsure exactly what his future entails.

"I'm so proud to say the words 'MSD Strong,'" Wade said. "Today, you will close a chapter in your lives and embark on new experiences and journeys and memories. And it's a time to celebrate and be proud of everything you've done to make it to this moment. As you know, I, too, recently closed a pretty significant chapter in my life. So in a way I feel like I can relate to what's going on in your minds right now."

Wade's appearance was not publicly disclosed before it happened; such was the case when he visited the school the day it reopened following the shootings on Feb. 14, 2018. He relayed the story of what went into that visit, and how he was unsure if his remarks would have any real impact on a grieving student body.

"What started going through my mind was, 'How do I dare come here and act like I know what you guys have been going through? How narcissistic of me to think I can come here and make a difference because I'm good at my sport?'" Wade said. "I remember walking slowly to the cafeteria. As I was walking in, students started seeing me, started seeing smiles, people running, pulling out their phones.

Wade has spoken of that day often and has remained an advocate of improved school safety. One of the shooting victims, Joaquin Oliver, was a huge fan of the three-time NBA champion and was buried in a Wade jersey.

Wade closed his remarks by asking those in attendance to join him in a cheer that he used to spur on the Miami Heat in the 2013 NBA Finals, something he borrowed from one of his favorite films, "Red Tails," which tells the story of the Tuskegee Airmen during World War II.