A Hillsborough County teacher who was arrested, accused of secretly recording students undressing on school property, has been arrested again, facing 353 new charges. 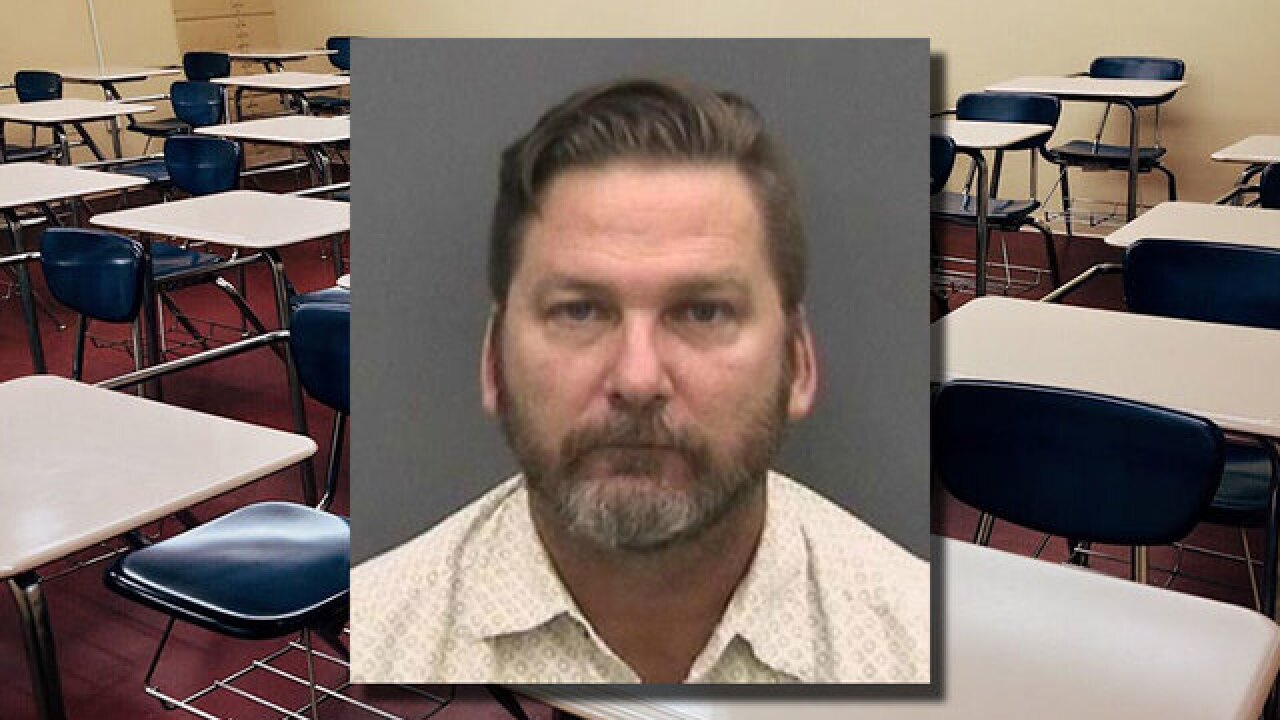 A Hillsborough County teacher who was arrested, accused of secretly recording students undressing on school property, has been arrested again, facing 353 new charges.

On Sept. 11 the Hillsborough County Sheriff's Office began an investigation at Bloomingdale Senior High School in Valrico, Florida, after being notified by school administration that a student located two cellphones concealed within the fashion design class changing room. One of the devices was actively recording when it was discovered by the student.

The investigation led to the arrest of 50-year-old Mark Ackett, a family consumer science teacher within the fashion design program.

Ackett was arrested on September 11 and charged with one count of video voyeurism. He was released on Sept. 12 after posting a $7,500 bond.

During the initial investigation, the cellphones were seized and a court authorized search warrant was obtained and served on the devices.

A forensic analysis of the cell phones revealed 267 videos and images of girls ranging from 14 to 18 years old, in various stages of undress.

As a result, Ackett was charged with an additional 267 counts of video voyeurism, 73 counts of production of harmful material of a minor, and 13 counts of possession of child pornography.

Ackett turned himself to the Hillsborough County Sheriff's Office on Monday and was taken into custody without incident. He is currently being held on a $1,526,442 bond.

Anyone with information is asked to call the Hillsborough County Sheriff's Office at 813-247-8200.