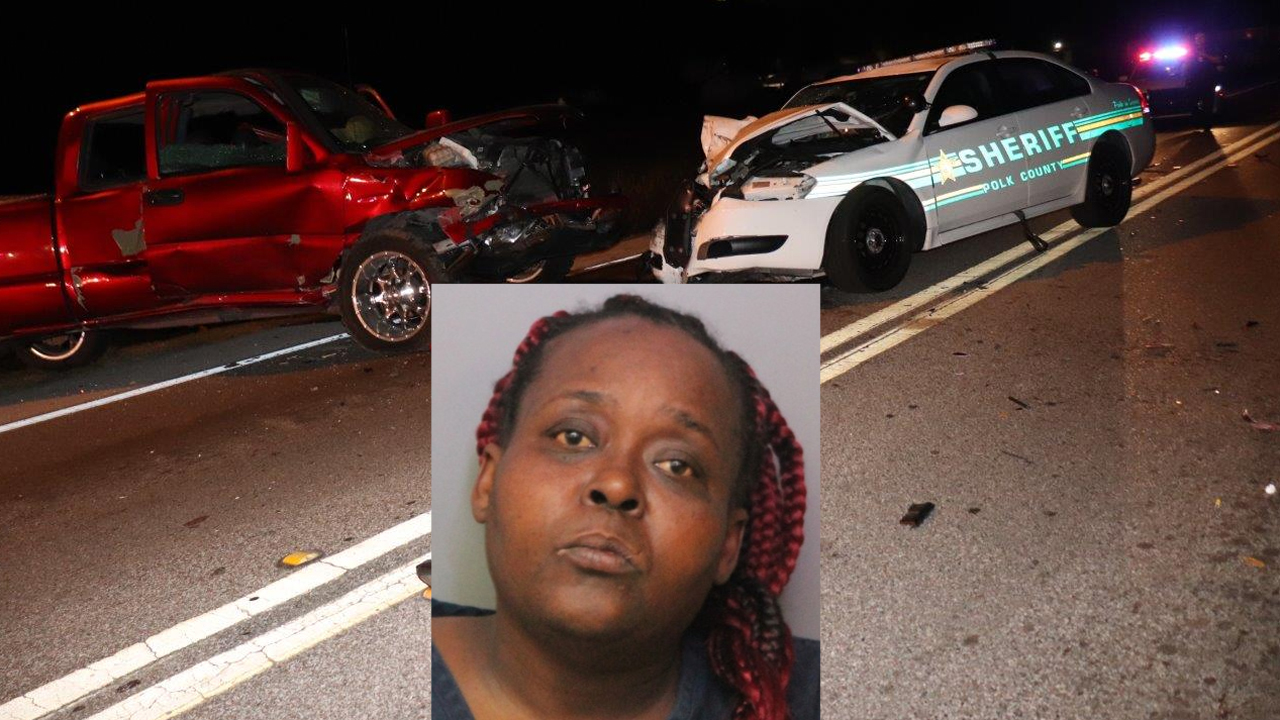 Authorities say a Florida woman was arrested after crashing her pickup truck into a Florida deputy's patrol car while intoxicated. 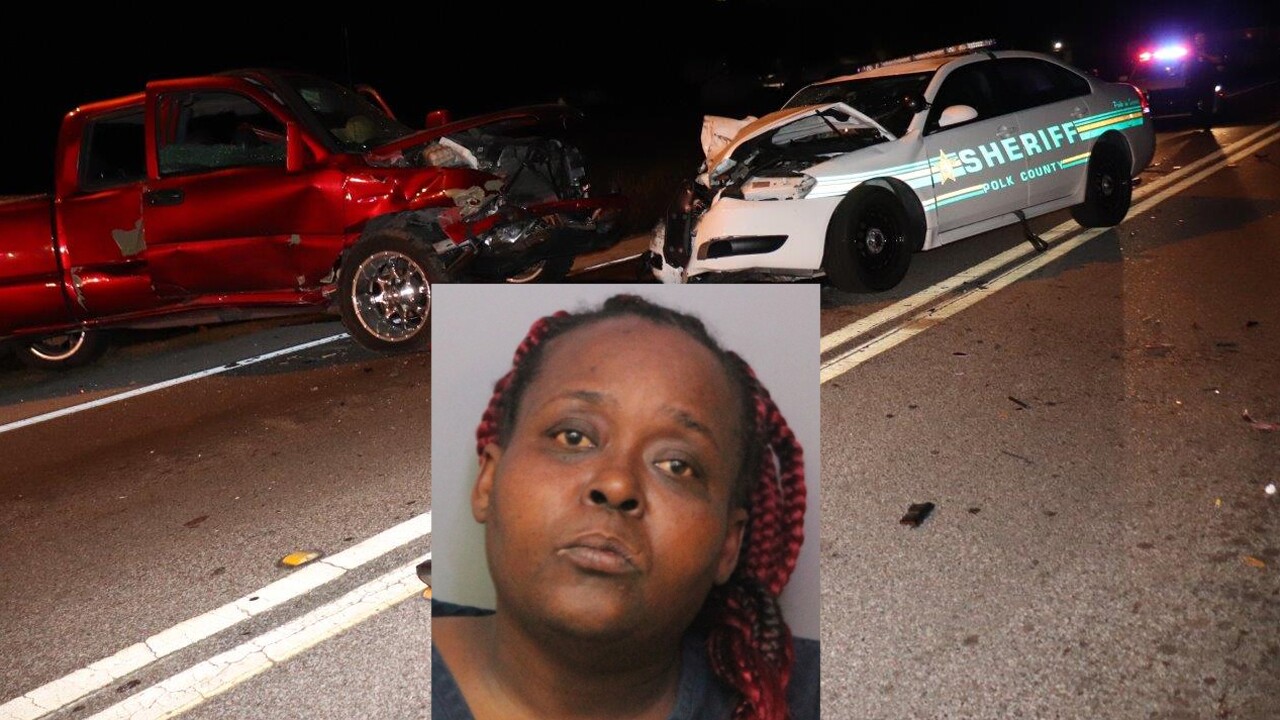 LAKELAND, Fla. (AP) - Authorities say a Florida woman was arrested after crashing her pickup truck into a Florida deputy's patrol car while intoxicated.

Deputies say two Polk County patrol vehicles were traveling on a Lakeland road, one following the other, when Williams' truck, coming from the opposite direction, began moving erratically and crossing the center line.

The deputy driving the first vehicle managed to turn out of the way into a parking lot, and the truck crashed head-on into the second patrol car.

Today's #CriminalOfTheDay is India Williams, who struck one of our patrol cars head-on last night in a wrong-way crash while she was #DUI. Our 2 deputies are lucky to be alive! Click here to read the release: https://t.co/AGtnVKq7YQ pic.twitter.com/jvMfZWotU2