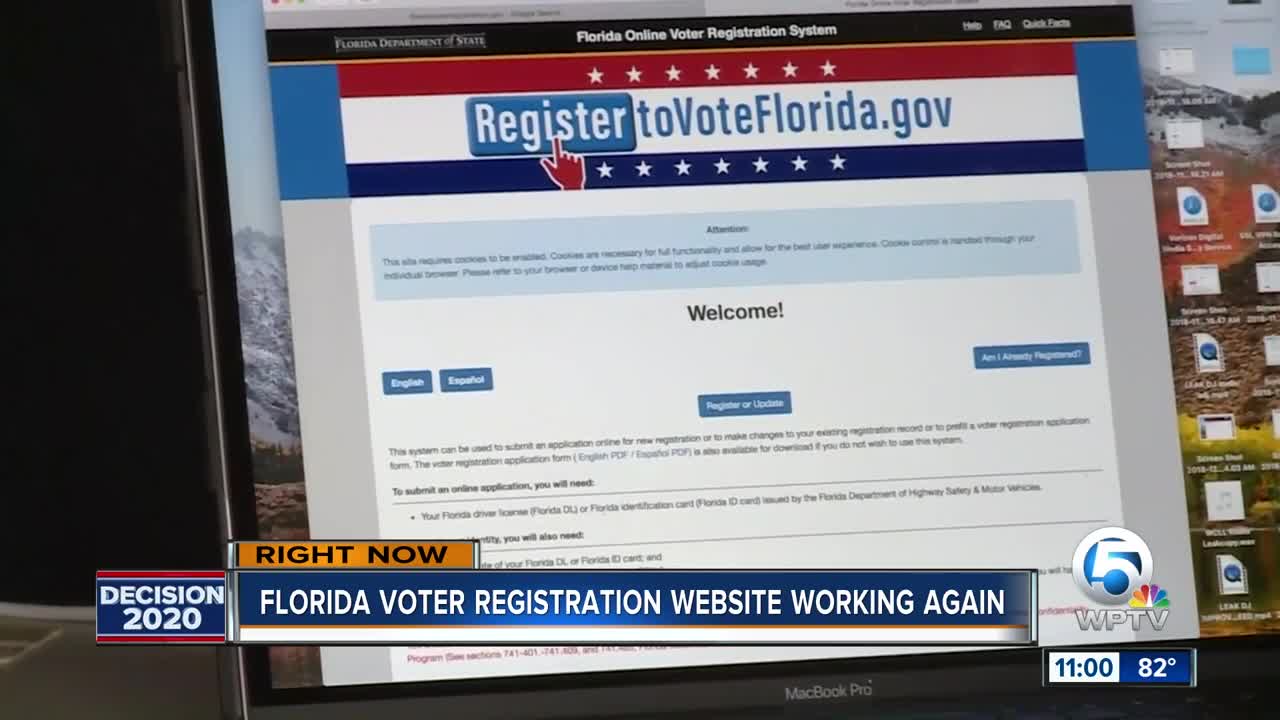 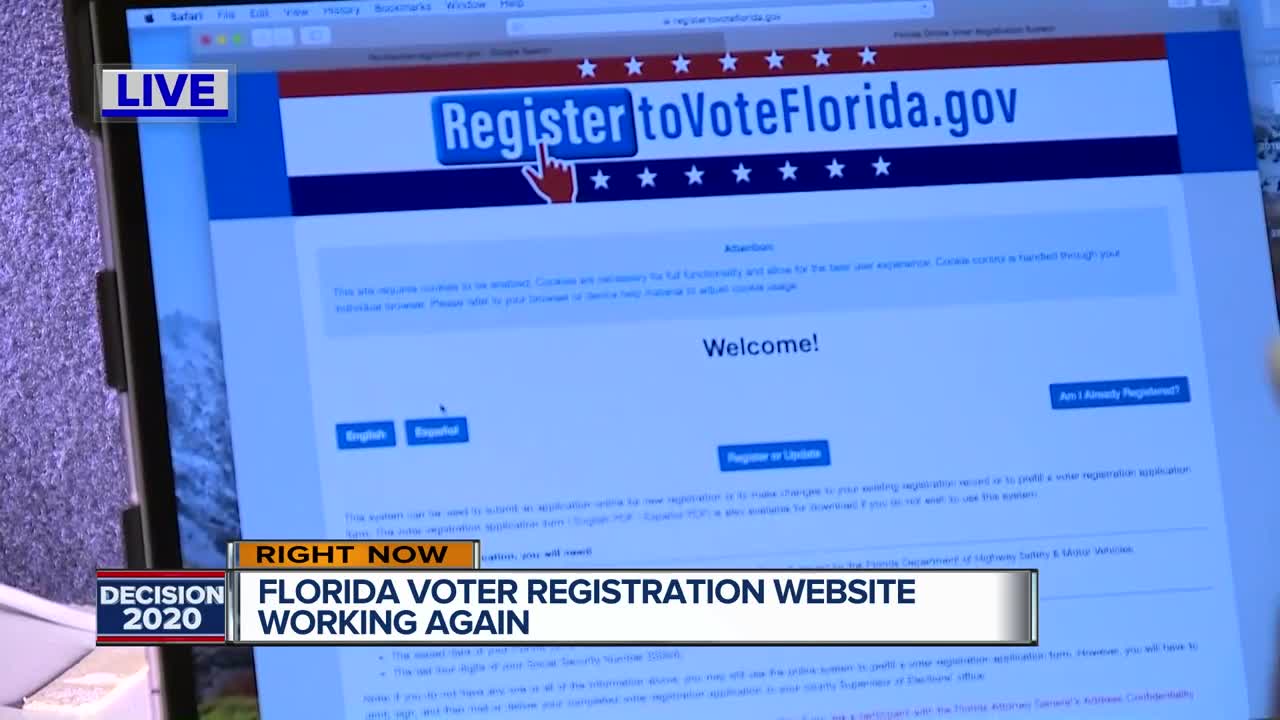 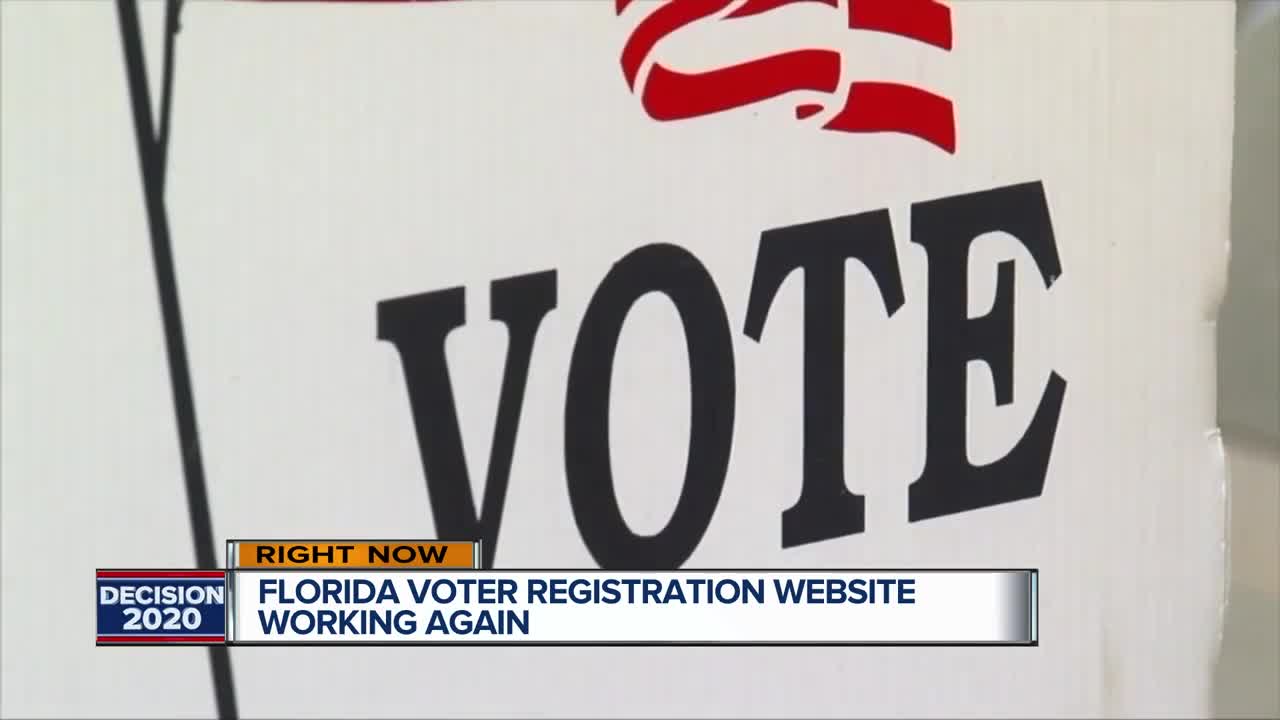 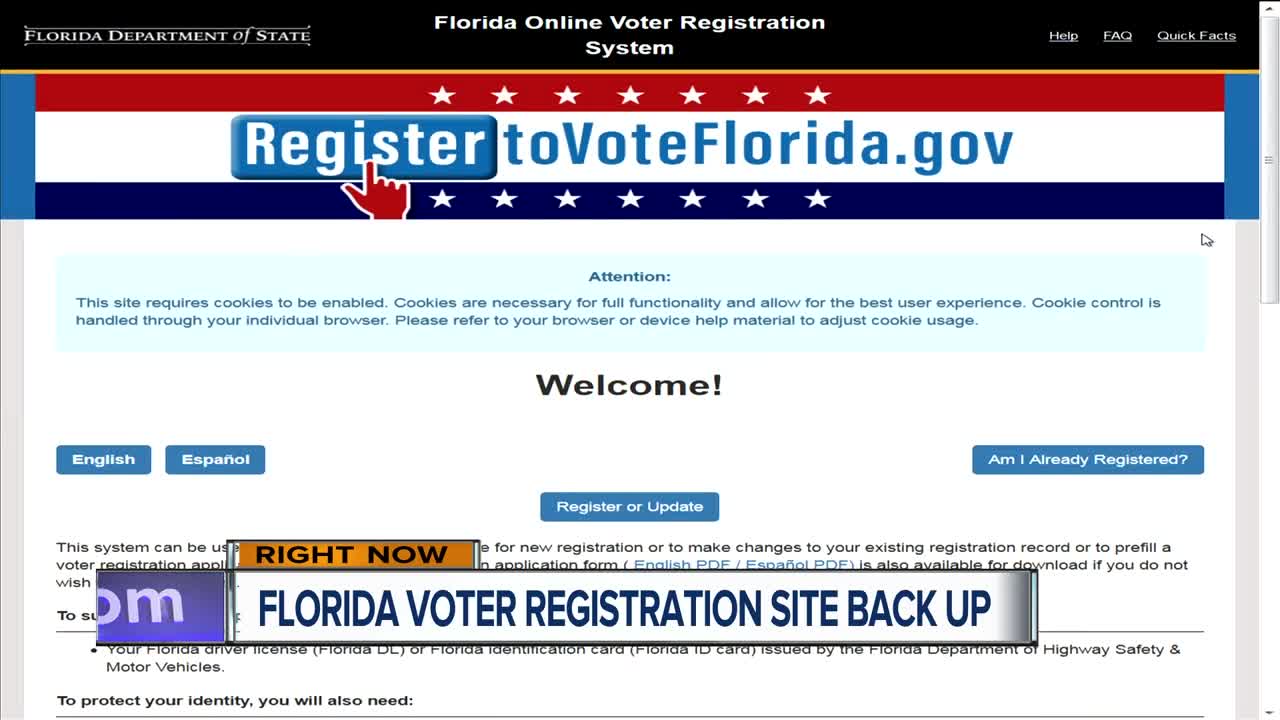 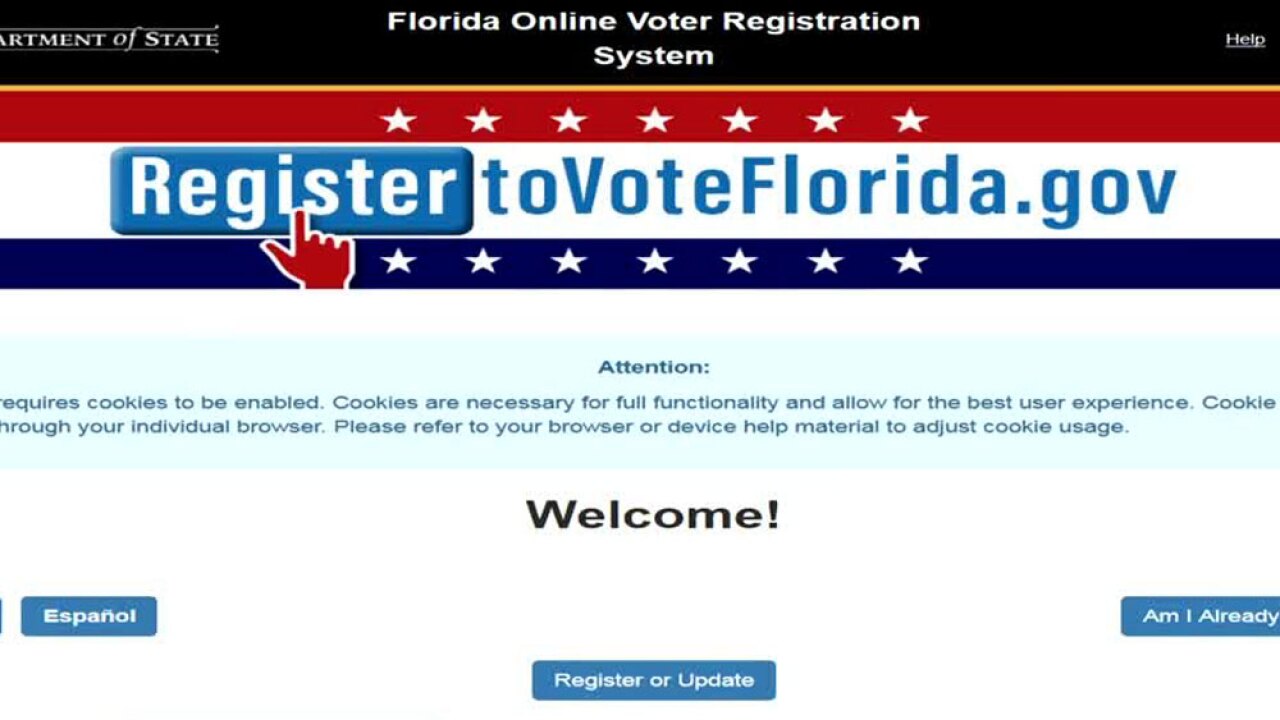 ORLANDO, Fla. (AP) — A Florida voter registration website was back up and running Sunday, hours after Democrats accused the state's Republican governor of voter suppression for taking it down for maintenance.

"The Division of Elections is conducting routine maintenance. We apologize for any inconvenience and appreciate your patience," the site said. Floridians who wanted to register could download an application form or contact their county supervisor of elections, it said.

"Governor Ron DeSantis knows that the Florida Democratic Party strategy of registering and turning out voters will result in victory in 2020," said Terrie Rizzo, chairwoman of the Florida Democratic Party. "Shuttering the online voter registration site for 'maintenance' as we kick off our largest voter registration week is the latest act of voter suppression from a governor who has doubled down on voter suppression tactics during his short tenure."

"The routine maintenance helps increase security for the site and will also help to ensure the site is able to handle the anticipated increase in traffic on National Voter Registration Day on Tuesday," Revell said in an email.

Voter-suppression claims also have been made against Republicans in Florida over a constitutional amendment voters approved last year that would make it easier for convicted felons to regain the right to vote.

Republican lawmakers, in drafting legislation to implement the amendment, said its language about felons having to complete "all terms of their sentence including parole or probation" also meant paying all court fees, fines and restitution before being eligible to vote. Opponents have described the requirement as a "poll tax," meant to keep felons from registering to vote.