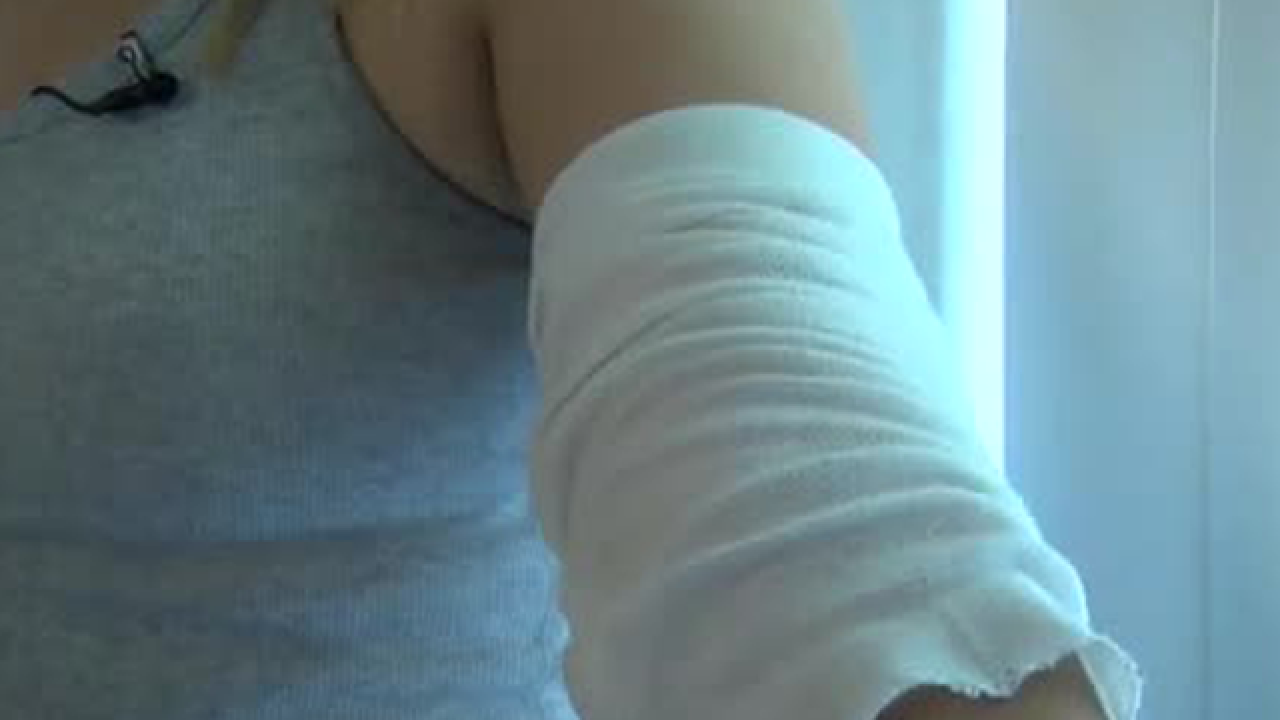 HILLSBOROUGH COUNTY, Fla.--  It was a close call for Melisa Hernandez who feels lucky to be alive.

She said her vape pen battery exploded in her bag while she was carrying her 3-year-old daughter on Friday.

"I heard the explosion and then I seen (sic) the fire shoot, and I thought somebody hit me with a firework," she said.

Hernandez said that stream of fire was a battery shooting out of the bag that was around her shoulder.  She said it hit her aunt in the face and left both of them with second-degree burns.

Hernandez showed her burned clothes and her medical release papers from Florida Hospital.

"I thought I was being safe, I didn't think it would happen to me," she said.

Hernandez said the batteries were inside a plastic container away from harmful objects. She bought them from Tampa Vapor shop off Bloomingdale Avenue in Riverview.

Owner Mike Synychak said he teaches everyone how to properly store batteries.

"Batteries themselves store a tremendous amount of power, so they need to be treated carefully and with respect," Synychak said.

It's unclear what company made the batteries since the labels melted after the fire.

Hernandez told WFLA.com, she hopes the incident serves as a warning to others with lithium batteries used in vape pens.