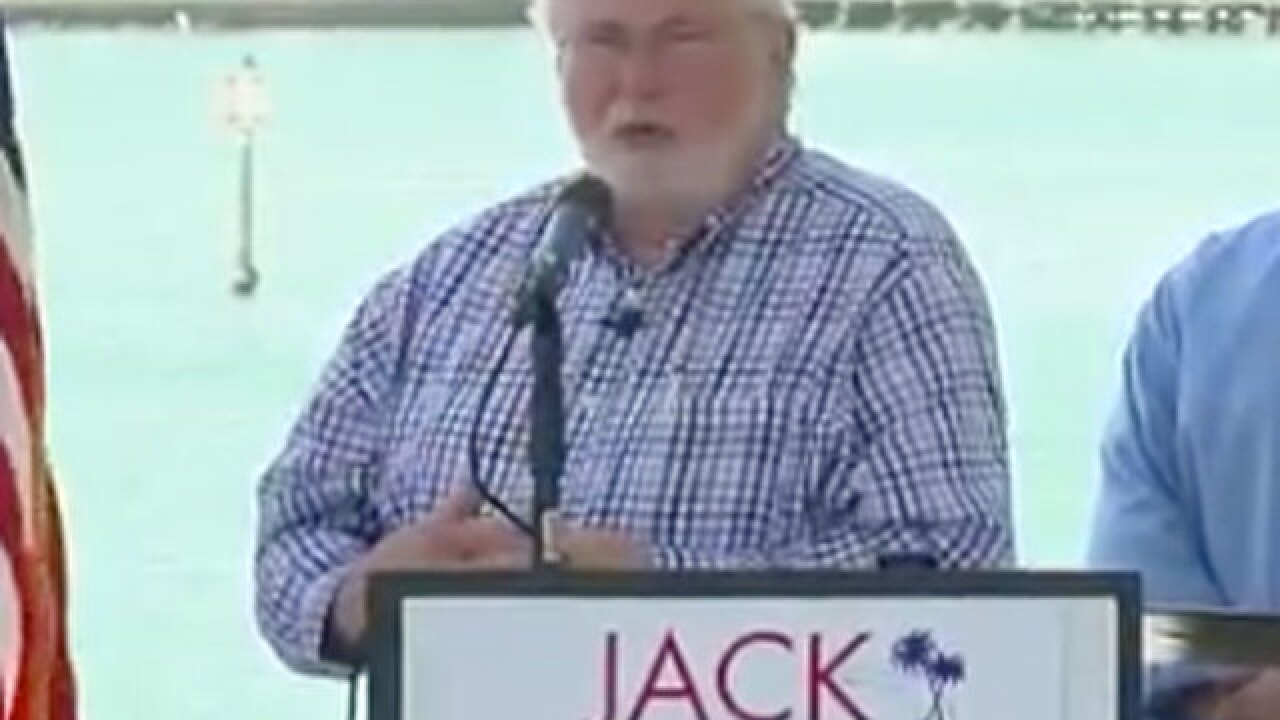 Copyright 2017 Scripps Media, Inc. All rights reserved. This material may not be published, broadcast, rewritten, or redistributed.
&lt;p&gt;Jack Latvala&lt;/p&gt;

TALLAHASSEE, Fla. (AP) — A Florida prosecutor said Thursday that there was insufficient evidence to prove that a one-time powerful Republican legislator traded sexual favors with a former lobbyist in order to help pass legislation.

State Attorney Jack Campbell stated in a letter to state investigators that criminal charges against Jack Latvala were not warranted. He based his recommendation on an investigation by the state's main law-enforcement agency that said that the allegations could not be independently verified.

Latvala had risen to a top leadership post as the Senate budget chairman and was mounting a campaign for governor. But he resigned in early January after a Senate investigation concluded that he likely inappropriately touched a top Senate aide and may have broken the law by supporting legislation in exchange for sex acts.

Latvala, 66, has steadfastly denied any wrongdoing, including promising legislative help in exchange for sex. But he did admit to state investigators that he had sex with former lobbyist Laura McLeod. On Thursday, he praised law enforcement authorities for doing their "job well."

"We got good law enforcement people who aren't influenced by Senate politics who can see through things," said Latvala, who called the Senate process a "kangaroo court" led by Senate GOP leaders who were looking to "get me out of the way."

Senate President Joe Negron, who won his spot after a protracted leadership contest with Latvala, did not respond to the criticisms. In a statement, Negron said that the Senate had followed its rules while investigating allegations against Latvala. He also thanked Campbell and the Florida Department of Law Enforcement for a "fair, thorough and independent investigation."

The Senate began investigating Latvala following reports by Politico Florida and a formal complaint by Rachel Perrin Rogers, an aide to Senate Majority Leader Wilton Simpson. Perrin Rogers accused Latvala of inappropriate touching in a Capitol elevator, at a private club and on other occasions. She said on many occasions, Latvala would comment on her appearance by saying she looked "hot" and would stare at her chest as she tried to talk about legislative issues with him.

The final Senate report included testimony from McLeod who said Latvala would touch her inappropriately, including touching the outside of her bra and panties. She told the former judge hired by the Senate to investigate that Latvala "intimated to her on multiple occasions, that if she engaged in sexual acts or allowed him to touch her body in a sexual manner he would support legislative items for which she was lobbying."

She said he would touch her inappropriately and pressured her to have sex with him including "one more time for the good times" in early 2015. McLeod said the pressure led her to stop lobbying.

"Laura is at peace with the decision," said Book. "She did what she believed what was right on her behalf and on women's behalf."

Florida's Capitol was thrown into turmoil last year due to ongoing sexual-misconduct scandals.

Democratic Sen. Jeff Clemens resigned after Politico Florida reported that he had an extramarital affair with a lobbyist. And former state Rep. Rich Workman resigned a position with the commission that oversees the state's utilities after state Sen. Lizbeth Benacquisto said he inappropriately touched her and made vulgar comments at a Republican fundraiser.

But despite the scandals legislators failed to reach an agreement this year on changing state law to prevent and punish sexual harassment.