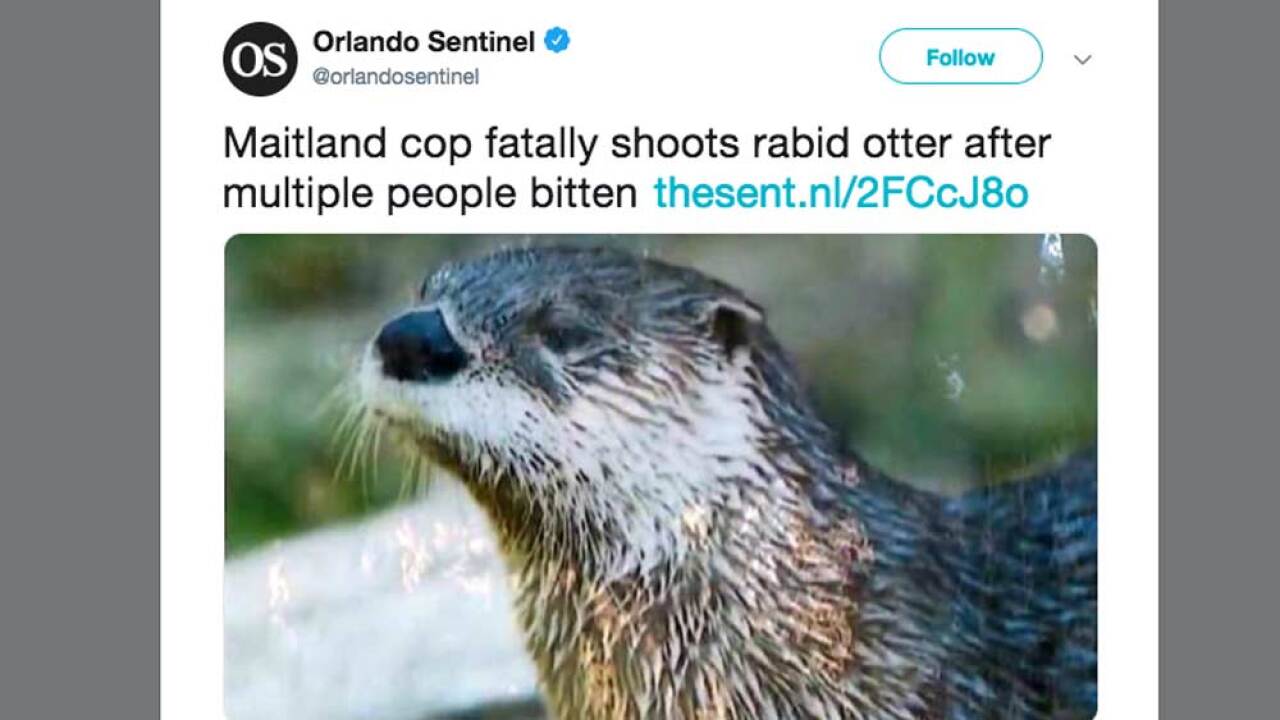 The Orlando Sentinel reports that the Maitland police officer put the sick animal down last week near Lake Maitland.

Police say a visitor at a nearby park reported being attacked Jan. 7, followed by two more attacks the next day. Several days later, police responded to a home where someone reported a sick otter in their backyard. Officers say the animal appeared to be seizing and shaking.

Rabies is a disease of the nervous system and can be fatal to warm-blooded animals and people.