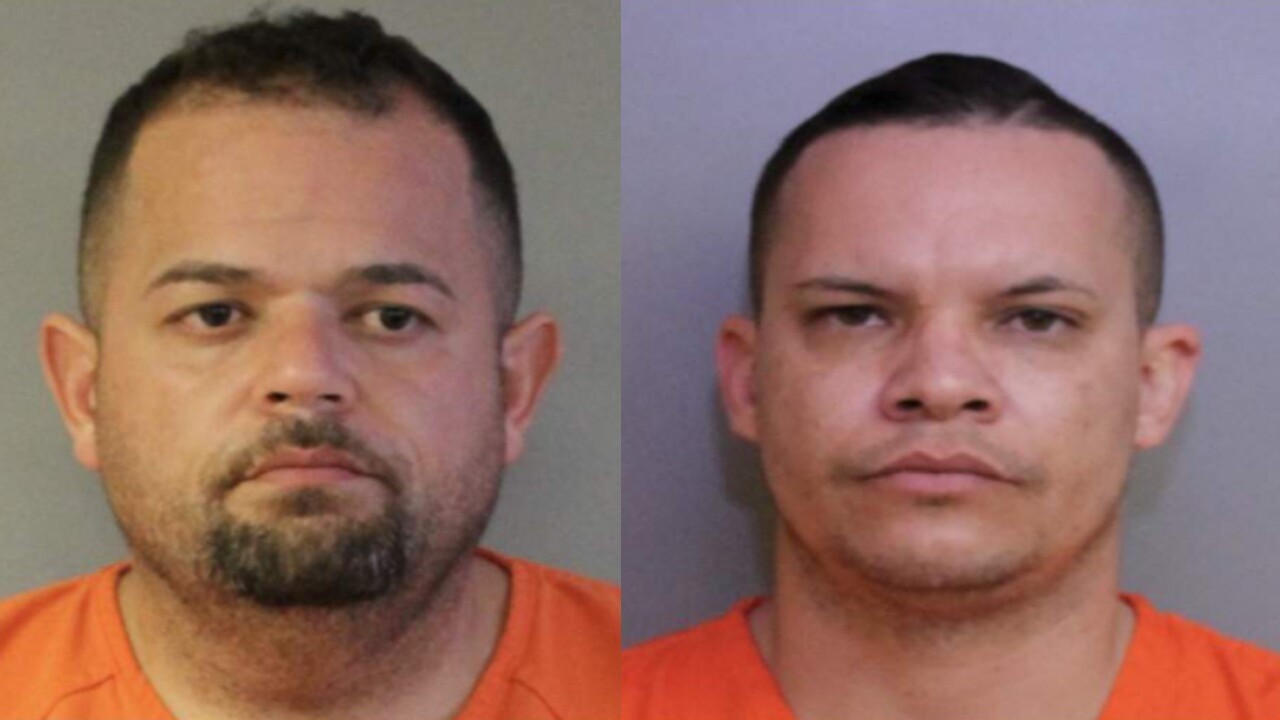 Polk County Sheriff's Office
Brian Tolentino, 43, of Davenport, and Juan Lopez, 39, of Lake Wales, are facing four counts each of disturbing the contents of a grave and abuse of a dead human body.

Brian Tolentino, 43, of Davenport, and Juan Lopez, 39, of Lake Wales, are facing four counts each of disturbing the contents of a grave and abuse of a dead human body.

According to the Lake County Sheriff's Office, DNA evidence collected at the Edgewood Cemetery in Mount Dora led detectives to Tolentino, who in turn led them to Lopez.

Polk County Sheriff Grady Judd said during a news conference Friday that deputies found a "very ornate shrine" in Lopez's home. Judd said there were five human skulls, along with the heads of a dead alligator, raccoon, goat and other animal remains, on display.

Judd said detectives learned, upon further research, that it was a "Palo Mayombe" shrine, which is a "black magic art that needs body parts in order to worship, and they prefer to have skulls."

Lake County detectives said the DNA samples were obtained from cigars and other items left at the cemetery.

When detectives questioned the men, Judd said, they confessed to robbing the graves.

"They said that the spirits had led them to the cemetery," Judd said.

Judd said the men performed a ritual in which they would drink Bacardi rum and spit it on the ground and exhale the smoke from their cigars to protect them from the spirits.

The sheriff said the men would leave orange peels in place of the skulls "so that the spirits would not leave the skull and go back into the grave."

Judd said three of the four graves were of veterans. He said the men's preference was that they steal from the graves of heroes.

Judd said they're still working to identify the origin of the fifth head found in Lopez's home.