Deputies are investigating a deputy-involved shooting in Auburndale. 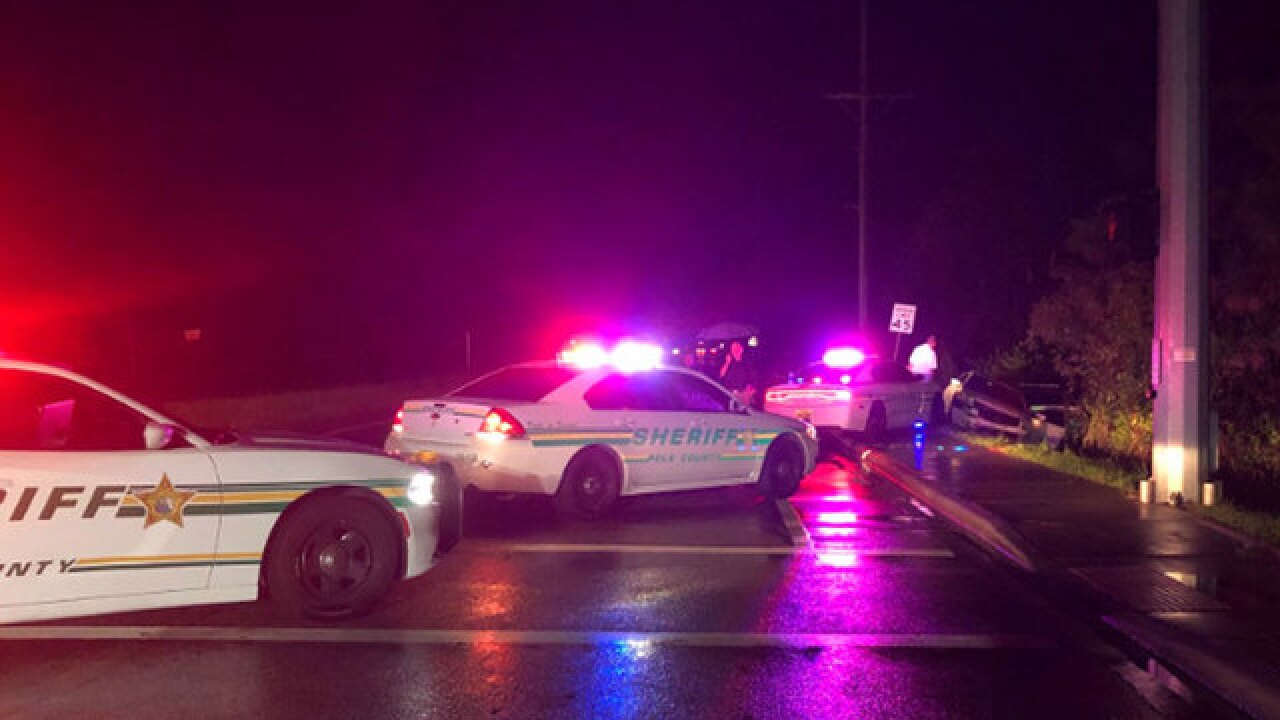 LAKELAND, Fla. (AP) — Sheriff's officials say a man was shot after hitting a deputy with his vehicle during an attempted traffic stop and then leading deputies on a chase in Central Florida.

During a traffic stop the suspect drove toward the deputy. Hortsman said the deputy rolled onto the hood of his patrol car and is expected to be OK.

The suspect then fled. Other deputies forced him off the road near Auburndale. Hortsman says the man got out of his car and the shooting occurred. He was treated by paramedics and taken to a hospital.

His name and condition weren't available. No further details were provided.

Per the media’s request here are some photos from the scene of a deputy-involved shooting that started with a traffic stop miles away in north #Lakeland this evening. The scene is in #Auburndale & it is raining at this time. More info will be released tomorrow pic.twitter.com/d84Vu0YLO5