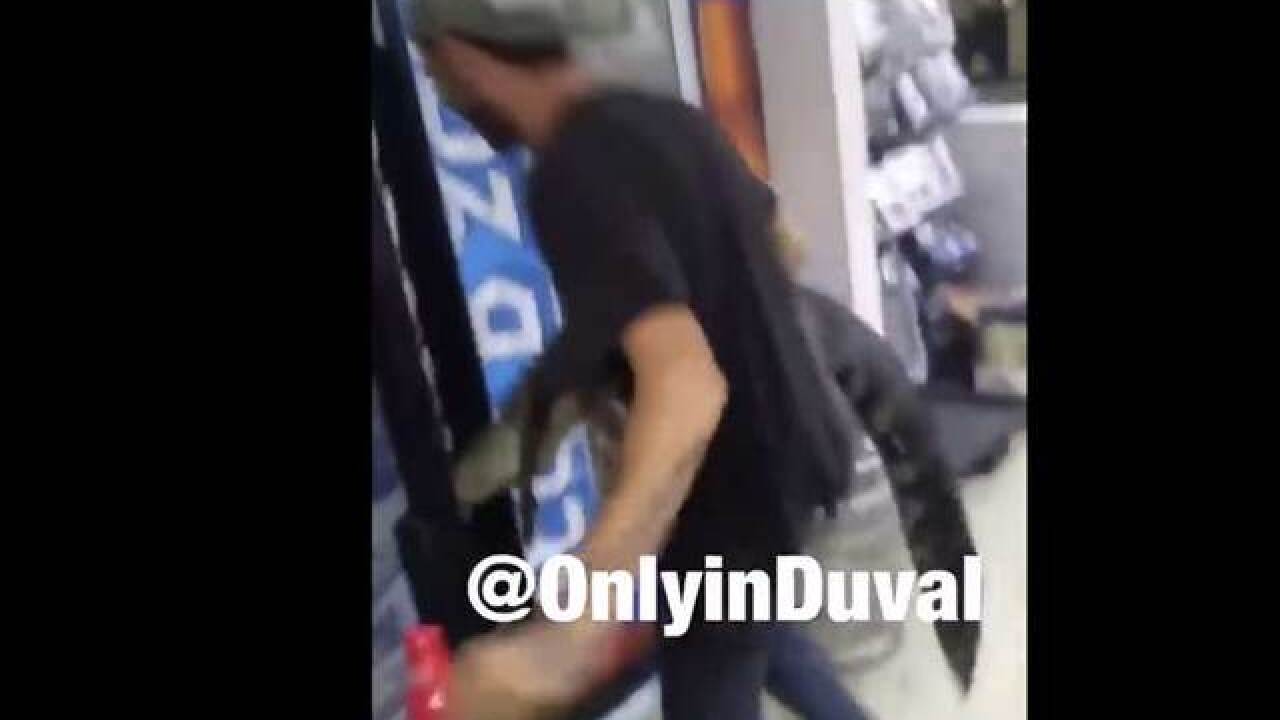 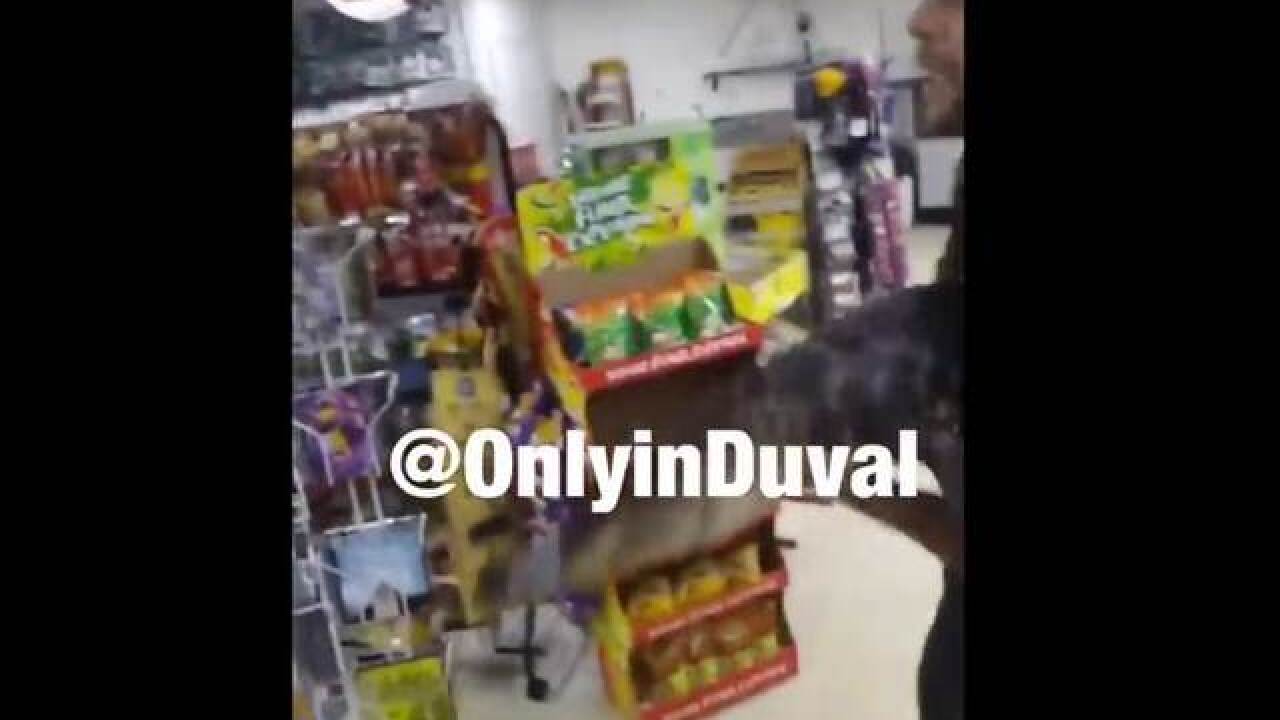 JACKSONVILLE, Fla. (AP) — A man made a beer run into a Florida convenience store carrying a live alligator with its mouth taped shut.

Video posted by television station WTLV shows the unidentified man walking into the Jacksonville store holding the gator with his right hand.

He walks with the gator toward the counter, asking, "Ya'll aint out of beer are you?"

The man with the gator jokingly runs at the other man as people in the store laugh.

The television station says Florida wildlife investigators are looking into the incident.