A Hendry County man is faving 144 charges of animal cruelty. 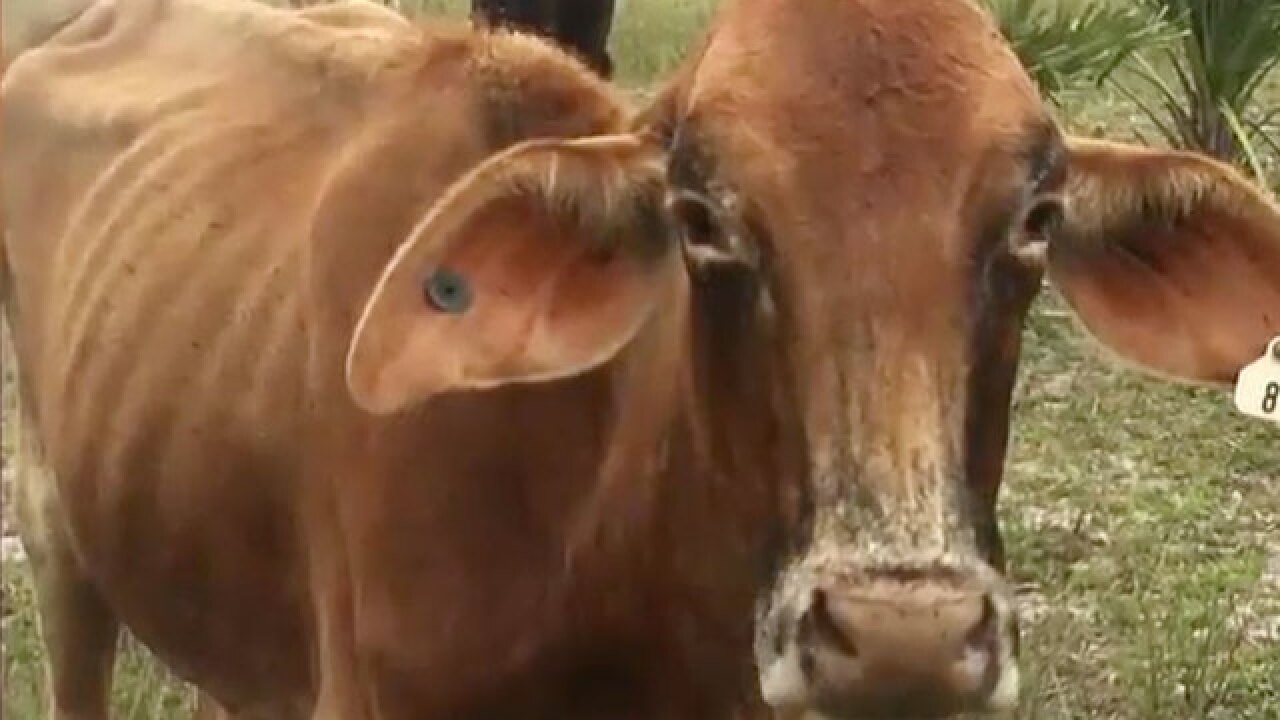 LABELLE, Fla. (AP) — Authorities say more than a hundred starving cows have been removed from a Florida farm.

The State Attorney's Office in Hendry County said Wednesday that it has filed 131 counts of animal cruelty and 13 counts of improper disposal of dead animals against 51-year-old Robert David Starkweather.

Starkweather was arrested in March after the Hendry County Sheriff's Office reported finding 77 adult cows, 48 calves and two donkeys with no access to food at the LaBelle farm following an anonymous tip.

Another 13 animals were also found dead.