Pinellas County detectives have arrested a Largo man after he allegedly beat his 7-week-old daughter to death.

WARNING: The details, in this case, are extremely disturbing, viewer discretion is advised.

Detectives have arrested a Florida man after he allegedly beat his 7-week-old daughter to death.

According to the sheriff's office, deputies on Nov. 17 responded to a home on 117th Street in Largo, Florida, after receiving a report about an unresponsive child.

When deputies arrived, paramedics were rendering aid to 7-week-old Gwendolyn Eydelman, who was unresponsive and not breathing.

Detectives made contact with Eydelman who was at the home caring for Gwendolyn while the child's mother was at work.

Eydelman initially told detectives that he fed Gwendolyn and laid her down in her bassinet before falling asleep in his bed. Detectives say Gwendolyn's bassinet was located in the parents' bedroom. Eydelman claimed that he returned about 15 minutes later and found Gwendolyn in her bassinet unresponsive and not breathing.

Eydelman said he alerted a family member in the home and called 911.

Detectives say doctors removed Gwendolyn from life support and she succumbed to her injuries at about 4:45 p.m. on November 19.

During the course of the investigation, detectives say they identified several inconsistencies in Eydelman's statements. 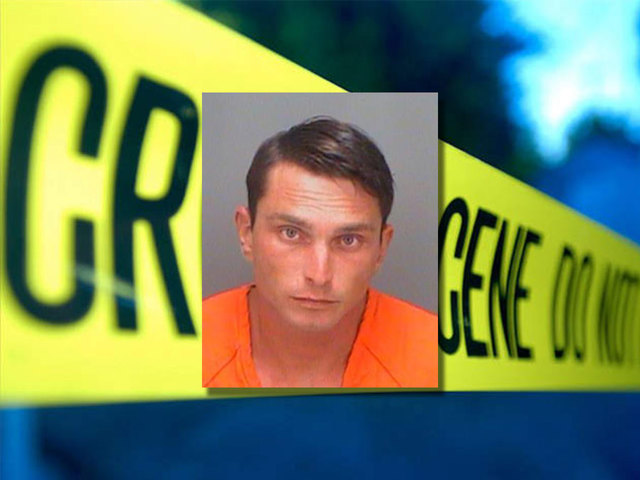 Through various investigative techniques, detectives learned that Eydelman struck Gwendolyn in the head and squeezed the child's midsection prior to the child losing consciousness on Nov. 17.

On Monday, as detectives interviewed Eydelman, he admitted that he struck Gwendolyn in the head with a closed fist out of frustration while changing her diaper, investigators say. Eydelman also admitted to shaking the child and squeezing the child's midsection prior to calling 911.

Detectives arrested Eydelman and transported him to the Pinellas County Jail without incident.

Eydelman remains in the Pinellas County Jail where he is being held without bond. The investigation is ongoing.