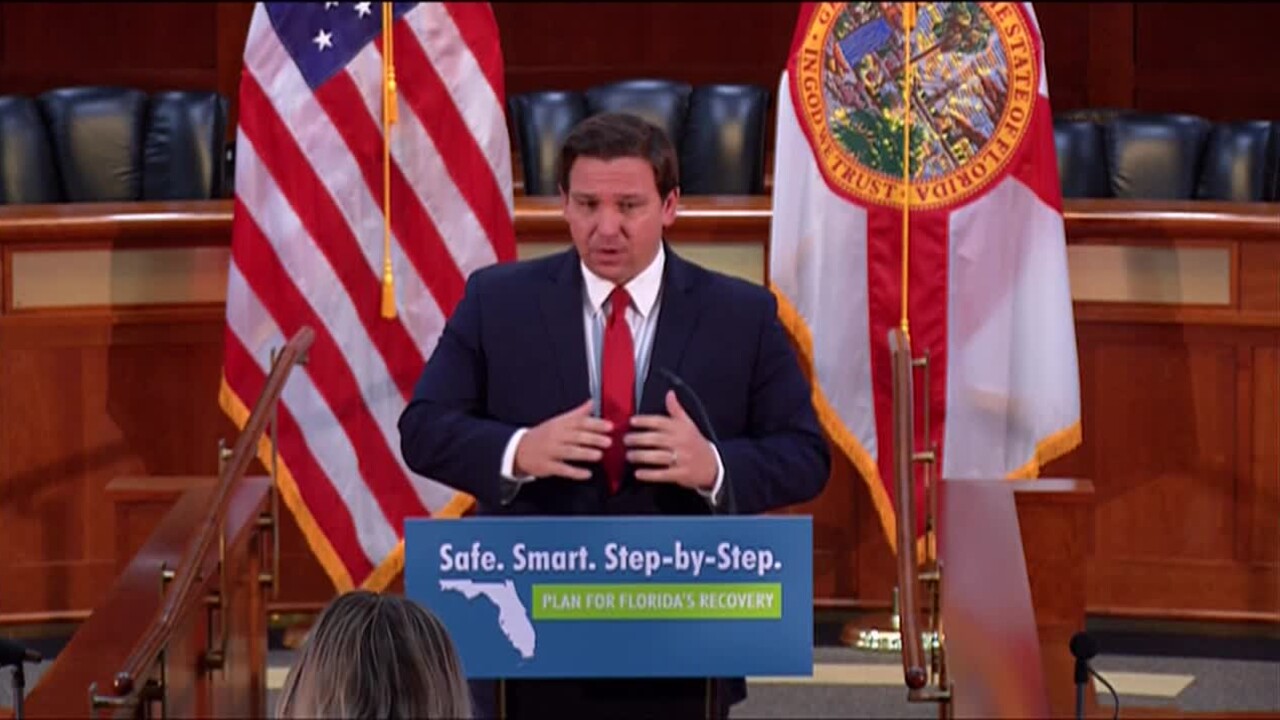 Copyright 2020 Scripps Media, Inc. All rights reserved. This material may not be published, broadcast, rewritten, or redistributed.
WFTS
Gov. Ron DeSantis speaks to reporters about the rising number of coronavirus cases in Florida during a news conference, June 16, 2020, in Tallahassee, Fla.

TALLAHASSEE, Fla. — Florida Gov. Ron DeSantis attempted to silence critics on Tuesday who say the state is reopening too quickly, which is leading to a spike in coronavirus cases.

"We're not rolling back," DeSantis emphatically said during a news conference in Tallahassee.

According to the latest numbers from the Florida Department of Health, there are 80,109 confirmed cases of COVID-19 in the state, including 2,993 deaths.

On Tuesday, the number of cases jumped by more than 2,700 statewide, setting a new single-day increase record.

Presenting a series of slides and data, DeSantis said the surge in COVID-19 cases is due to more testing among high-risk populations like migrant and farm workers, jails and prisons, and long-term care facilities, as well as more widespread testing of asymptomatic residents.

"As you test more, you will see more cases," the governor said. "As we've gotten into May, and then really June, it's been consistently in about the 30,000 test results a day."

"We probably are pretty close to one of the tops in the nation in terms of the numbers we're doing every day," DeSantis said.

The governor added that farm workers account for a big portion of new cases in Florida, describing their working conditions as "risky."

"They go to work in a school bus, and they're all just packed there like sardines, going across Palm Beach County," DeSantis said. "Just all these opportunities to have transmission."

DeSantis admitted he's uncertain how recent protests in the wake of the police-involved deaths of George Floyd in Minneapolis and Rayshard Brooks in Atlanta are impacting coronavirus cases in Florida.

"My view is, when you're outdoors like that, I think it's probably less likely that this thing spreads very much," DeSantis said. "At the same time, you have seen massive, massive gatherings throughout the country. And so we'll just have to see."