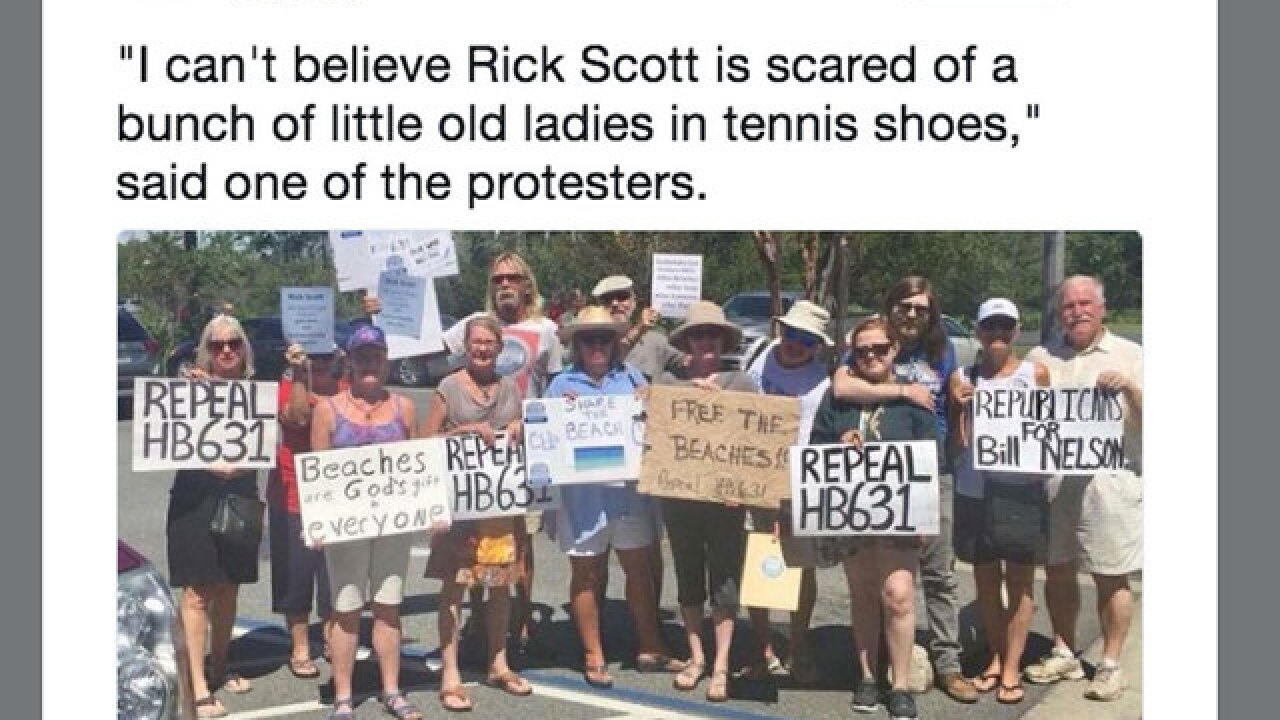 The Tampa Bay Times reported that Scott invited supporters to a popular doughnut shop in northwest Florida but was a no-show to the Sunday event after protesters showed up outside.

The protesters are upset that Scott signed into law a measure that voided a local beach access ordinance. Walton County officials are going through a new process in order to reinstate an ordinance that guarantees public access to beaches.

Scott is leaving the governor's office due to term limits. The Republican is challenging Democratic U.S. Sen. Bill Nelson and has started a "Make Washington Work" bus tour.

The Times reported that local Republicans waited 90 minutes before realizing that Scott wasn't going to show up as planned.

"I can't believe Rick Scott is scared of a bunch of little old ladies in tennis shoes," said one of the protesters. https://t.co/aUCDFp5JZN