Florida father dies after ambulance breaks down, took nearly an hour to get to hospital A local father died after his ambulance broke down and it took nearly an hour to get him to the hospital. The ABC Action News I-Team uncovered that this failure is part of a record of repair problems and an even bigger problem putting the public at risk. 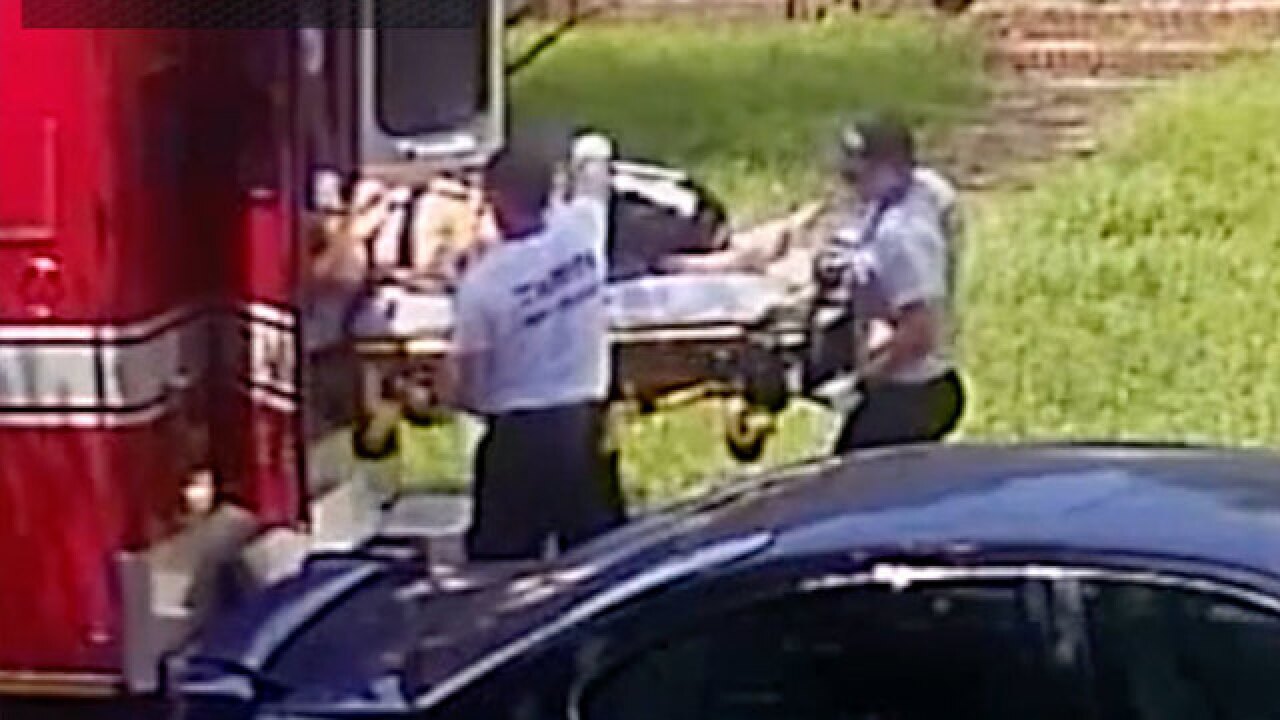 TAMPA, Fla. — A Florida father died after his ambulance broke down and it took nearly an hour to get him to the hospital.

Scripps station WFTS in Tampa uncovered that this failure is part of a record of repair problems and an even bigger problem putting the public at risk.

When Richard Bateman, a 50-year-old father who traveled the world playing with heavy metal bands, collapsed in his living room on Sept. 5. His wife Amy called 911.

A Tampa Fire Rescue engine and ambulance arrived within minutes. But when they tried to drive him to the hospital, the ambulance would not start. The crew called for a backup rescue truck.

The second ambulance arrived nearly 40 minutes after the first 911 call.

“It was heart-wrenching,” said Amy Bateman. “It was horrible.”

The ride to the hospital took 11 minutes. Moments after arrival, Richard Bateman was pronounced dead of a heart attack.

“If that first ambulance wouldn’t have died, he might not have died,” said Amy Bateman.

This is not the first time Tampa Fire Rescue has faced questions about its vehicles.

The agency’s most recent audit, released in early 2014, found “some rescue cars were in need of repairs.”

The repairs noted ranged from rescue cars “leaking oxygen or oil to a rescue car having difficulty starting,” according to the report.

The state does not have rules that limit the age or mileage for ambulances transporting patients on Florida roads and more than half of Tampa Fire Rescue’s ambulances are at least nine years old and average 175,000 miles.

That’s only slightly better than the ambulance called to Richard Bateman’s home, which is 11-years-old and has 229,000 miles.

Tampa Fire Rescue spokesman Jason Penny, who denied the WFTS’s request to speak to the chief, defended the breakdown during the call to Bateman’s home as unavoidable.

“The issue that one had specifically was an alternator and that’s something you really can’t plan for,” said Penny.

Penny said his crews did nothing wrong and stayed with Richard Bateman during the entire call.

“The issue is not so much how quickly we get them to the hospital, it’s how quickly we provide our medical professionals to get there and start treating that patient,” said Penny.

“They always say, when you’re having a heart attack or a stroke, every single minute counts,” she said.

“Mechanical equipment is bound to break down at some point or another, but you try to do your best to not have that happen,” said Bardell.

His ambulance service, which uses four ambulances to respond to about 5,000 calls in the southern Hillsborough County community each year, retires rescue vehicles after they log just 60,000 miles.

Bardell said, “You’re not good as an ambulance service if you can’t keep something in service.”