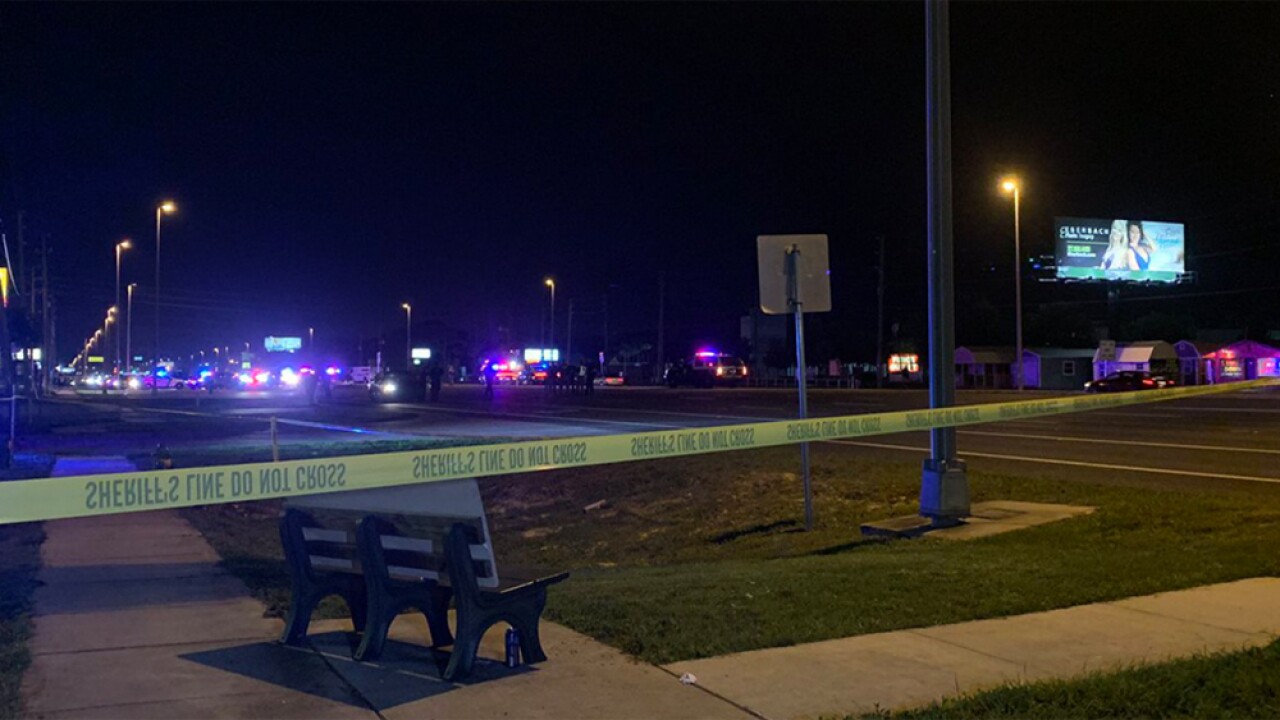 PORT RICHEY, Fla. (AP) — The Florida Highway Patrol says a pedestrian is dead after being struck by an unmarked sheriff's office cruiser.

Sgt. Steve Gaskins said in a news release that 29-year-old Deputy Daniel Daugherty was driving north along U.S. 19 in Port Richey on Wednesday night when a 62-year-old woman walked into the path of his vehicle. She died at the scene.

The news release says no charges are pending.

The woman's name has not been released.