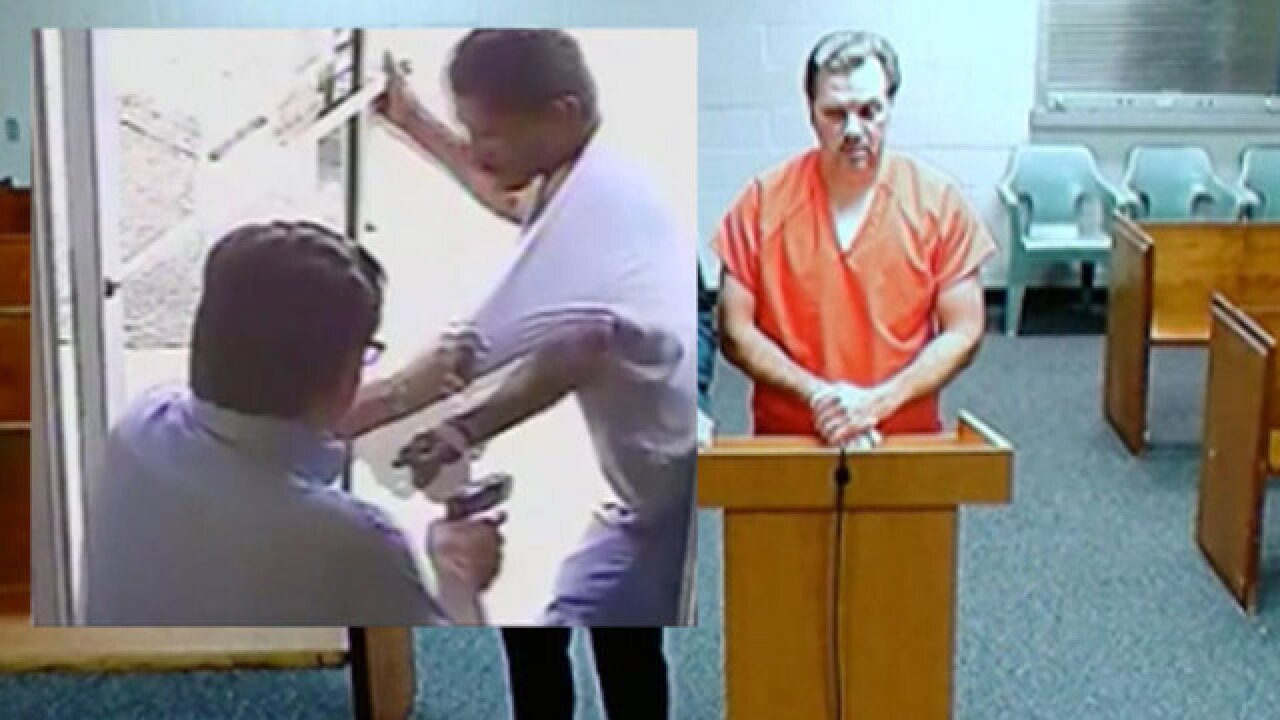 BARTOW, Fla. (AP) — A Florida city commissioner has resigned after being charged in the fatal shooting of a man he accused of shoplifting a hatchet from an Army-Navy surplus store.

Surveillance video released to the public shows Dunn shooting 50-year-old Cristobal Lopez on Oct. 3. The video shows Dunn holding a gun in his right hand while trying to keep Lopez from carrying the hatchet out of the store. Dunn grabs a fistful of Lopez's shirt, and Lopez is partly out the door, raising the hatchet, when Dunn fires and Lopez falls dead.

Dunn's attorney is Rusty Franklin. Franklin says the shooting was justified because Lopez was holding the hatchet.