Fleeing suspect rescued from the water in the Keys 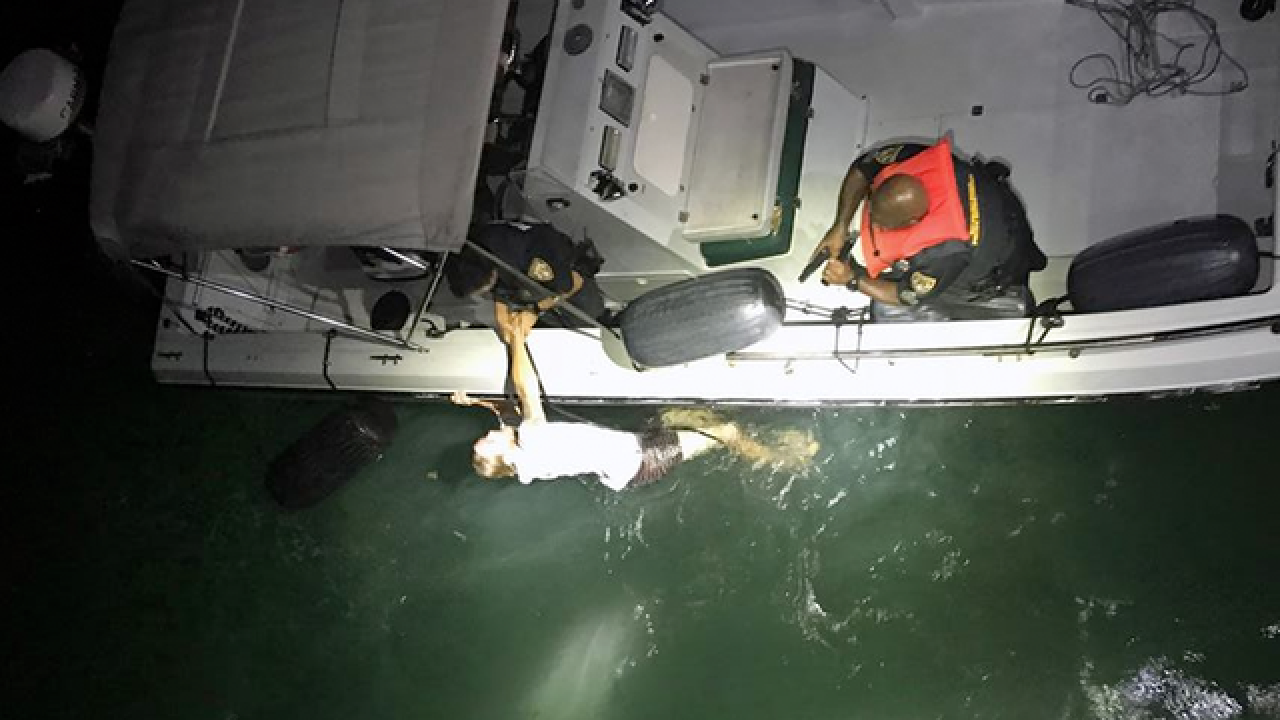 A man on the run in the middle Keys didn't get very far from deputies.

They ended up pulling him out of the water when he crashed his pickup truck and jumped into the water.

The incident began when a deputy saw the pickup leave a bar in Marathon at a high rate of speed, according to the Monroe County Sheriff's Office.

The vehicle hit a median and then refused to stop for a deputy, investigators said.

The driver, identified as Nicholas James Tralka, jumped into the water began swimming before being pulled into a Florida Fish and Wildlife Conservation Commission boat.

Investigators say Tralka told them he had been drinking and was scared.

MCSO said a deputy found three empty whiskey bottles and one full bottle inside the vehicle.

His blood-alcohol level later registered .214, according to the sheriff's office. The legal limit in Florida is .08.

Tralka was charged with hit-and-run, fleeing and eluding, DUI, DUI with property damage and resisting arrest.