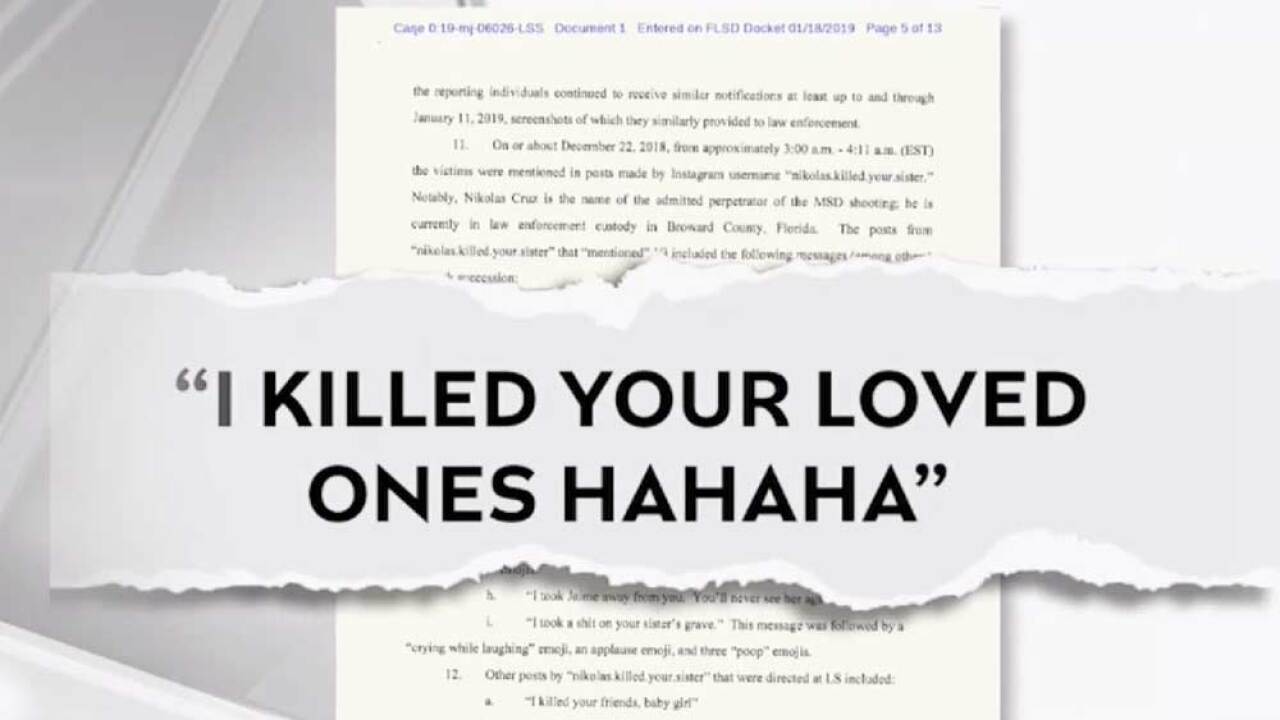 FORT LAUDERDALE, Fla. (AP) — A California man is accused of using Instagram to "harass and intimidate" the families of students killed in a mass shooting at a Florida high school.

A criminal complaint filed in federal court says Brandon Fleury of Santa Ana, California, began the taunts Dec. 22 using different accounts which were traced to an IP address in Santa Ana, where Fleury lives with his father and brother. He was arrested Friday.

Special Agent Cameron McDowell wrote in a 12-page report filed Friday that Fleury showed no remorse when questioned Jan. 16. He admitted to fascination with the Feb. 14 shooting that killed 17 at Marjory Stoneman Douglas High School.

Fleury's father, Patrick Fleury, told the SunSentinel it was a "bunch of nonsense" and declined to say whether his son has a lawyer.