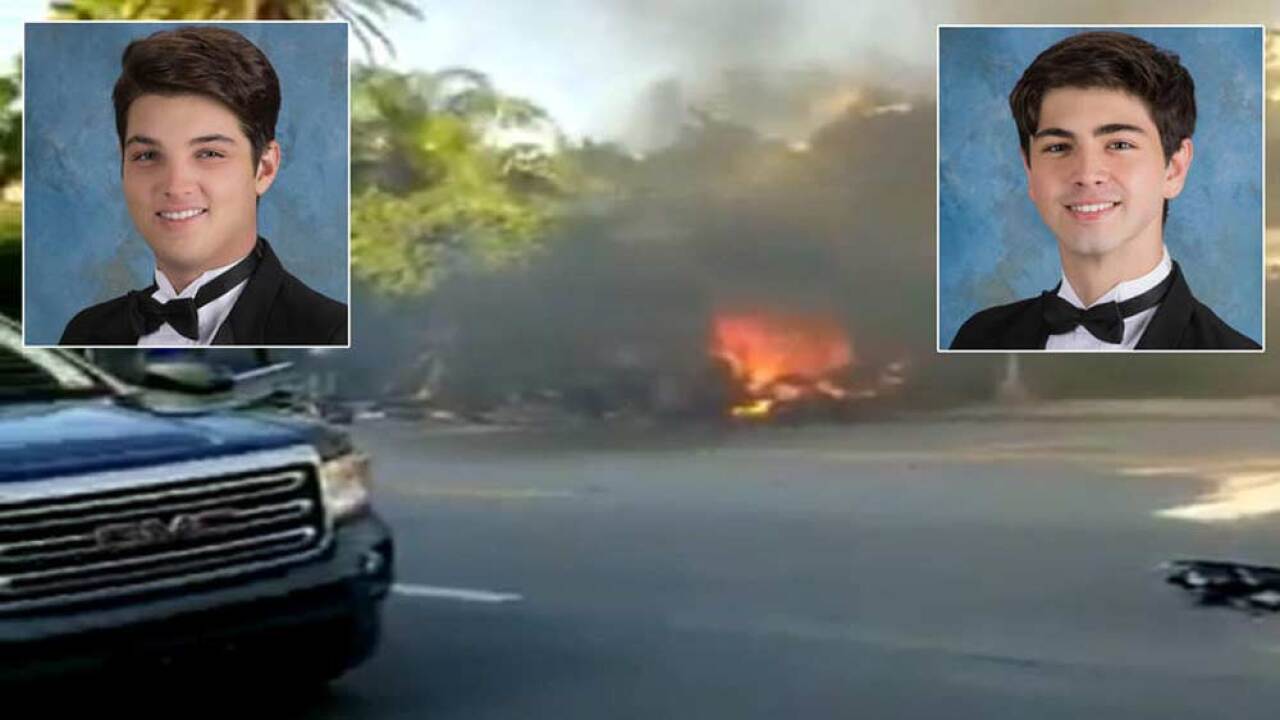 The parents of a Florida teenager killed when a Telsa sedan crashed and caught fire last year are suing the electric car company alleging that the battery pack on its electric Model S is defective and can erupt into intense fires.

FORT LAUDERDALE, Fla. (AP) — The father of an 18-year-old Florida teen killed when his speeding Tesla slammed into a wall and caught fire is suing the company, saying the crash should have been "entirely survivable."

Police say Barrett Riley and his 18-year-old friend Edgar Monserratt died when Riley lost control of his father's car at 116 mph (187 kph) in May 2018. Another friend was thrown from the car and survived.

The South Florida SunSentinel reports that James B. Riley sued Wednesday in Santa Clara County, California, where Tesla is based. Monserratt's parents filed a similar lawsuit in January. Both blame the car's lithium-ion battery pack, which exploded when the Tesla hit a concrete wall.

A Tesla statement earlier this year said "no car could have withstood a high-speed crash of this kind."