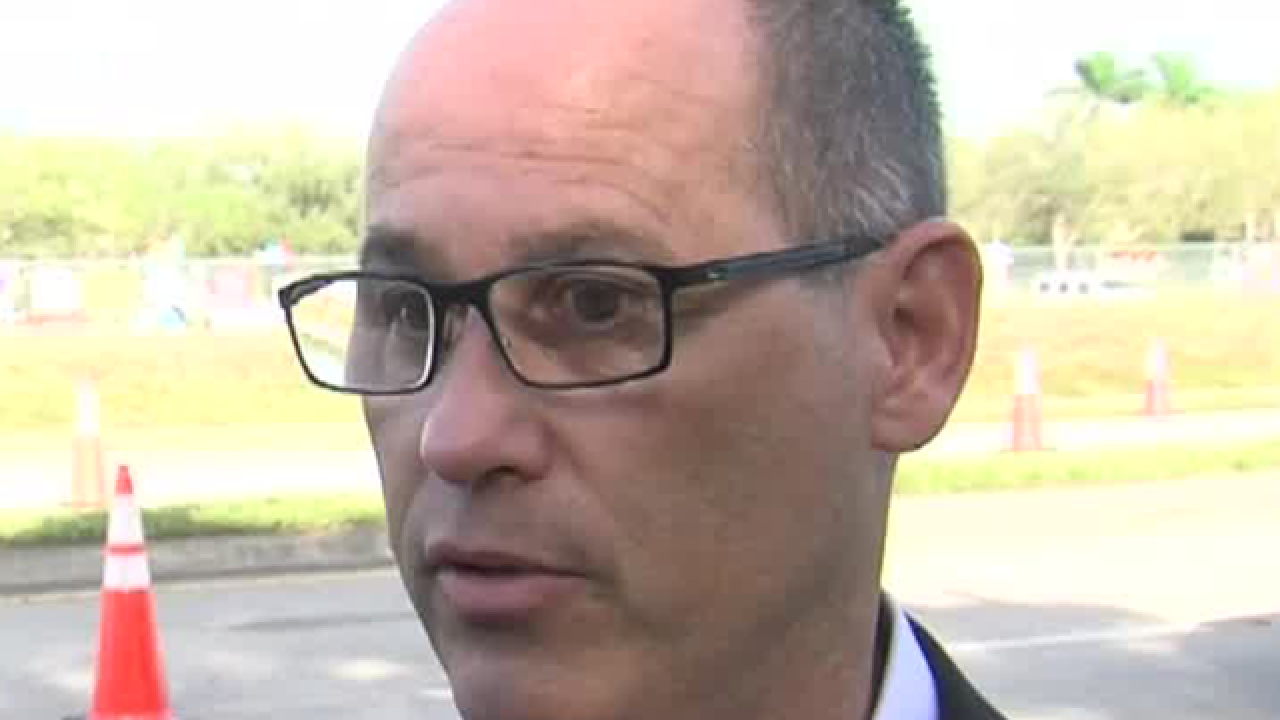 PORTSMOUTH, Va. (AP) -- The father of a school shooting victim is calling for the resignation of a Virginia city council member who strapped an assault weapon to his chest during a vote to protect gun rights.

Fred Guttenberg, whose daughter Jaime Guttenburg was one of 17 killed at Marjory Stoneman Douglas High School in Parkland, Florida, in 2018, tweeted that Portsmouth Councilman Nathan Clark's constituents "should not be forced to accept him engaging in open intimidation with his AR 15."

Guttenberg also noted that his daughter was killed by someone with an AR-15.

Such resolutions vary from county to county, but most declare the intention of local officials to oppose any "unconstitutional restrictions" on the Second Amendment right to keep and bear arms. In the last two months, more than 100 counties, cities and towns in Virginia have approved such resolutions.

Clark defended his actions in a statement, though he added that as a former school resource officer, he couldn't imagine the "tragedy" and said "no one should have to go through that."

In a letter to Portsmouth residents given out Tuesday, Clark said he was making a point by wearing the weapon to show that proposed gun legislation would "make criminals of lawful citizens and gun owners," news outlets reported.

With a full majority at the state house for the first time in a generation, Virginia Democrats have promised significant new gun restrictions, including universal background checks, a ban on assault weapons and a red flag law that would allow authorities to temporarily take guns away from anyone deemed to be dangerous to themselves or others.

(2,2) It is stupid to try and convince anyone open carry with an AR 15 is normal and ok. The men in this photo also in Virginia fully intended to intimidate. Considering the threats of armed violence now, as I said in my original tweet Councilman Nathan Clark should resign. pic.twitter.com/BEuh2FSwV8