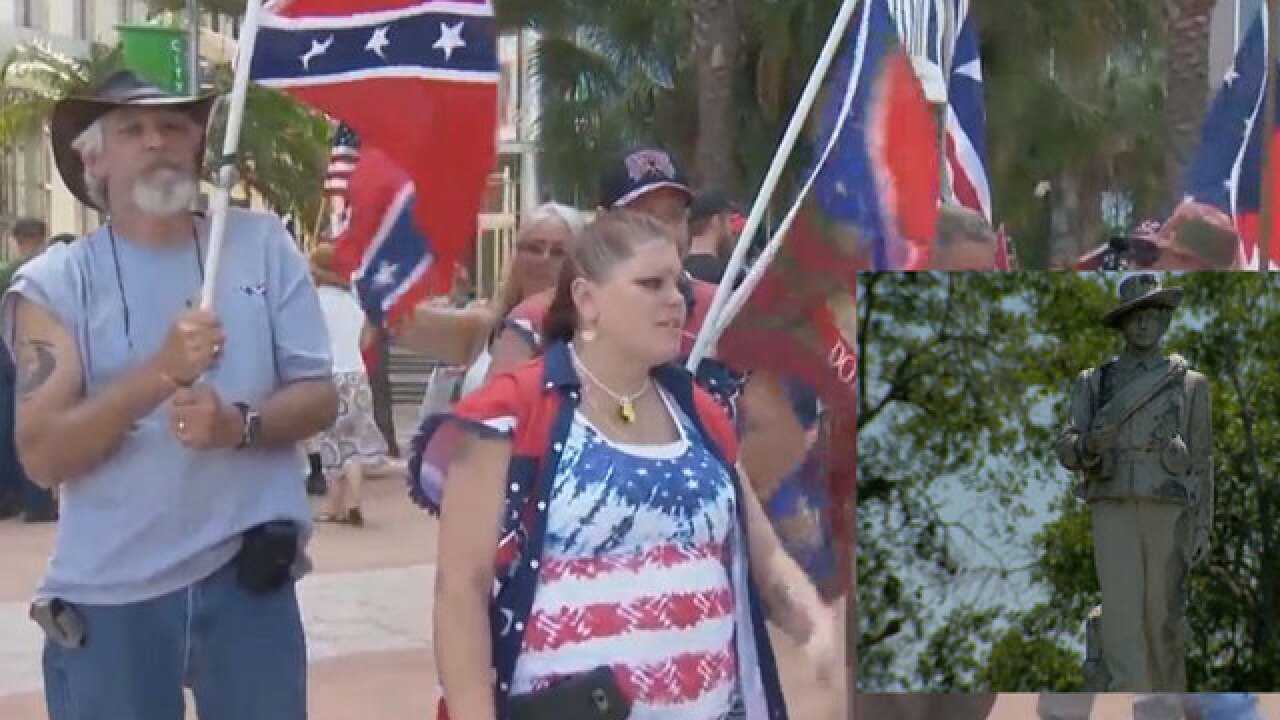 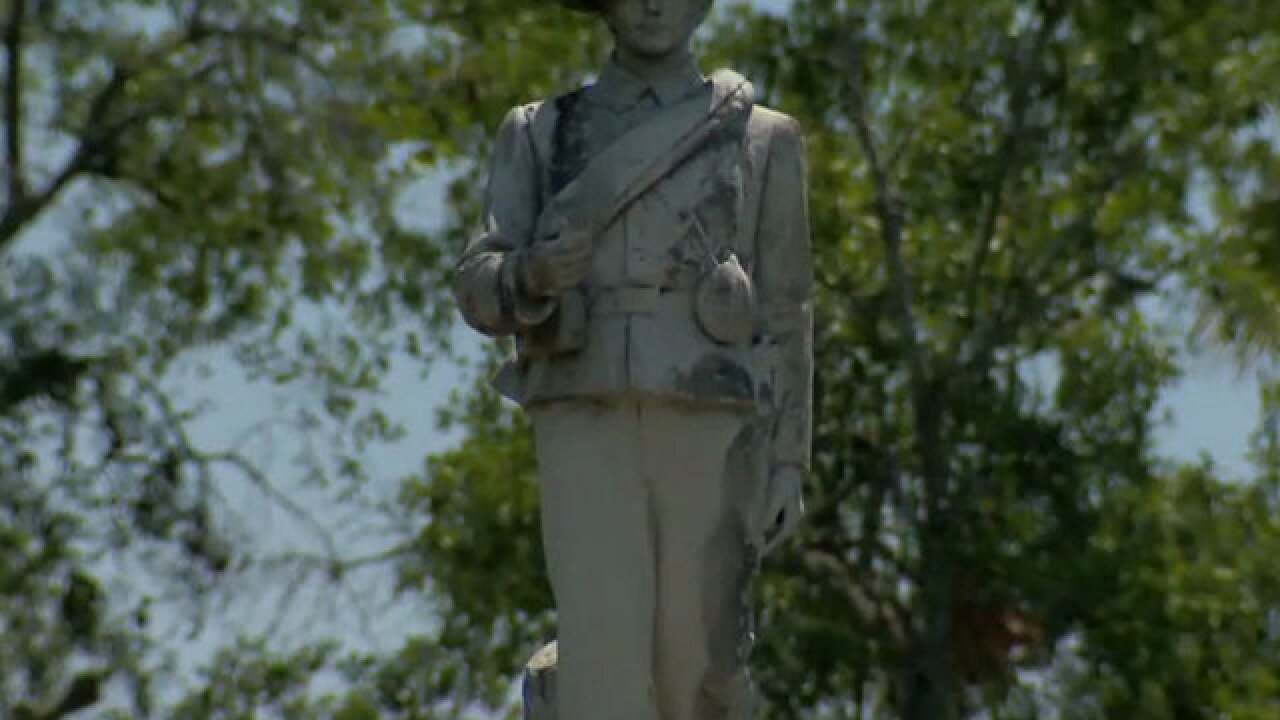 ORLANDO, Fla. (AP) -- Commissioners in a Orlando are discussing whether a statue recognizing Confederate veterans should be removed from a downtown park.

Some protesters waved Confederate flags outside Orlando City Hall on Monday before commissioners discussed what to do with the 116-year-old statue nicknamed "Johnny Reb."

Local media reported that Orlando Mayor Buddy Dyer suggested moving the statue to a nearby cemetery, where there already is an area set aside for Confederate soldiers.

The question of what to do with Confederate statues has been faced by city officials in at least two other cities in recent weeks. In New Orleans, workers have removed two of four statues honoring Confederate-era figures.

Last weekend, a scuffle broke out at a statue of a Confederate general in Charlottesville, Virginia, over its planned removal.