Drunk Florida nurse accused of driving with child into pond 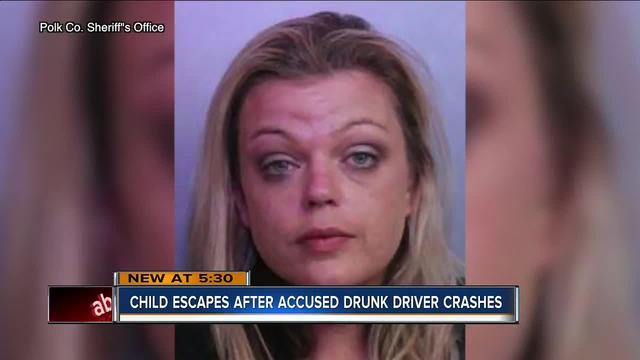 A Florida woman is accused of drunkenly driving a truck with an 8-year-old in the passenger seat and crashing into a retention pond. 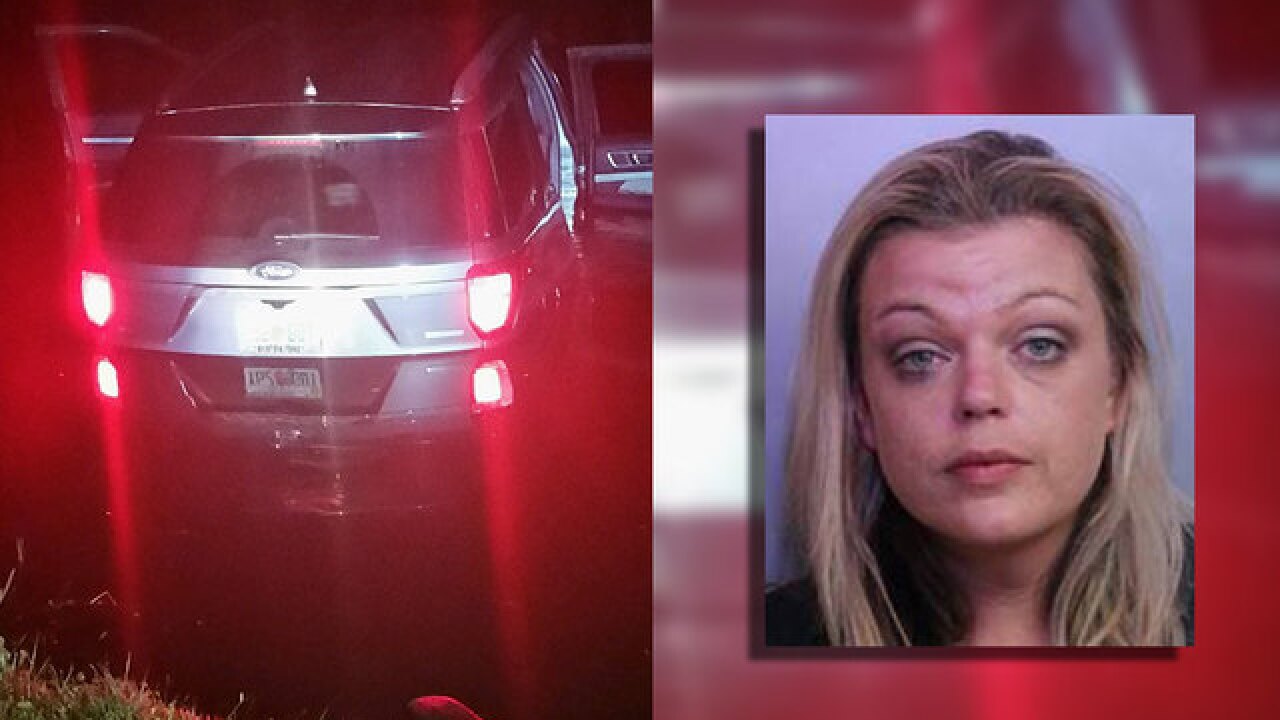 LAKELAND, Fla. (AP/WFTS) - A Florida woman is accused of drunkenly driving a truck with an 8-year-old in the passenger seat and crashing into a retention pond.

The Lakeland Ledger reports 33-year-old Michelle Lynn Snover was arrested on charges including driving under the influence and negligent child abuse without bodily harm.

A Polk County Sheriff's Office report says Snover, who is an emergency room nurse, drove through the end of a cul-de-sac and into a retention pond.

It says Snover's 8-year-old passenger was able to get out of the truck and ask neighbors for help. It says Snover initially told deputies she had taken a ride-sharing service to the pond. It also says she failed a sobriety test and her blood alcohol concentration was .13, which is above the legal limit of .08.

A person in the neighborhood called 911.

The caller replied, “I didn’t even ask her. Michelle, don’t get up. You’re going to fall and hurt yourself okay.”

During the 911 call, the stranger consoled the child.

People did not know what to do.

“I’m afraid to let my husband even go in the water ‘cause there’s a gator in there,” the 911 caller told dispatch.

Sheriff Grady Judd had some candid comments about Snover during a news conference.

“Michelle, for all the wonderful things you do in the emergency room and — you truly are a person that saves lives — you know better,” Judd said.

The sheriff said Snover sounded confused and claimed she could drive even after the crash.

“She didn’t recognize she was intoxicated out of her mind or that she was not capable of driving. She didn’t know here she was,” Judd said.

“We do not comment on personnel matters. Lakeland Regional Health’s policy requires a registered nurse to report such an incident to the Board of Nursing, comply with Board review, and be fit for duty.”

It's unclear if Snover has a lawyer.