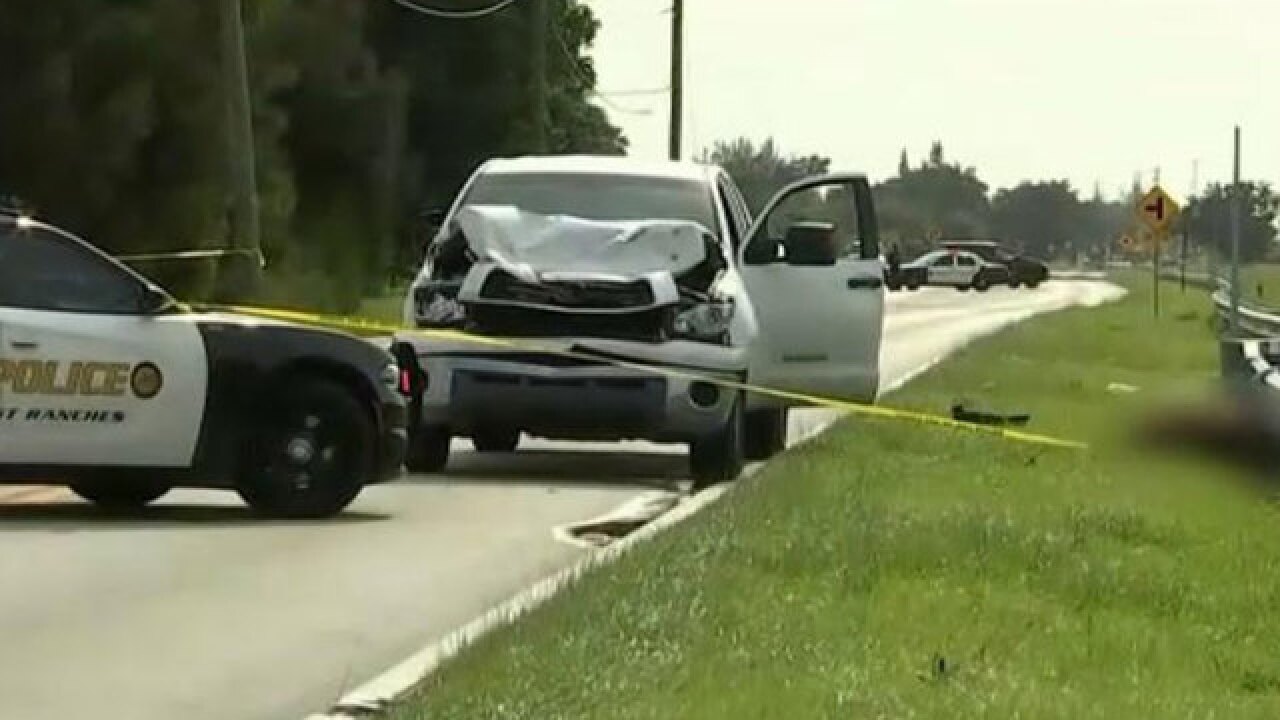 SOUTHWEST RANCHES, Fla. (AP) — Police in South Florida say a man was reaching for his cellphone when he struck and killed two horses and seriously injured a young girl and a woman.

Davie police Sgt. Mark Leone tells news outlets that it happened Sunday in Southwest Ranches as the girl and her trainer were crossing a road on horseback.

Leone says the 9-year-old girl was wearing a helmet, which "may have saved her life." Both riders were taken to Memorial Regional Hospital in Hollywood.

The names of the people involved haven't been released.