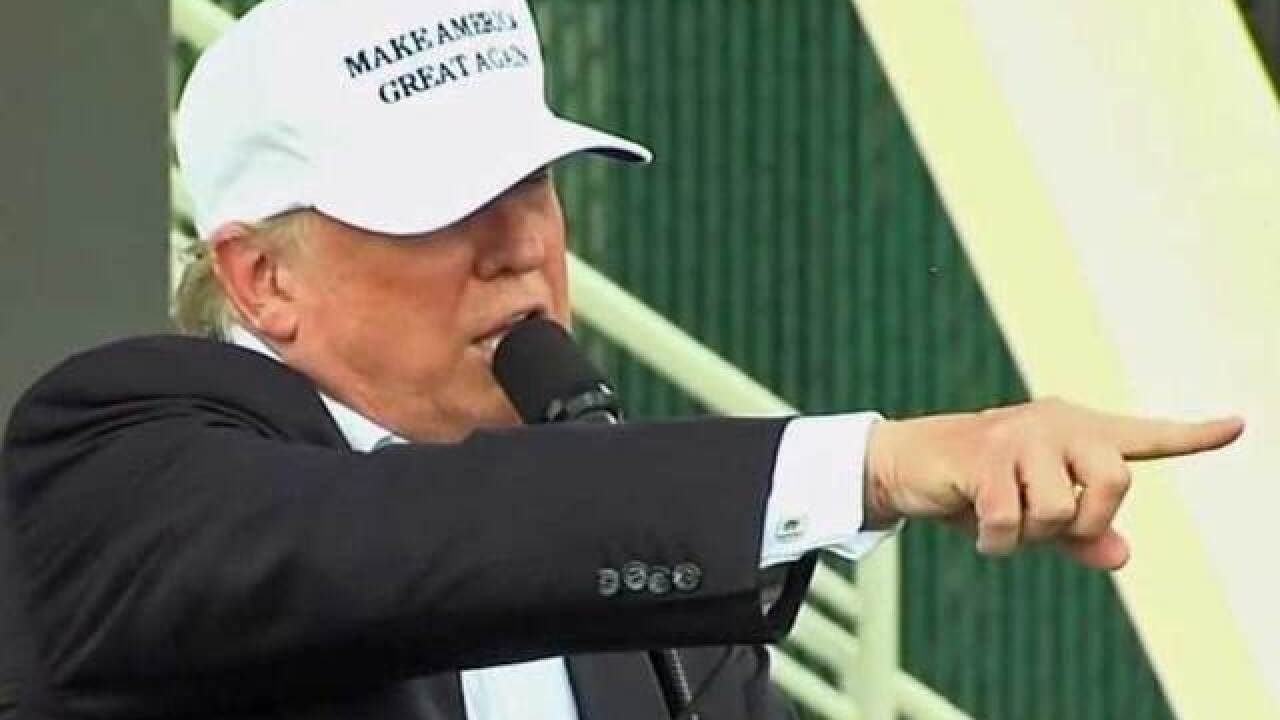 Donald Trump made his way through Florida Wednesday. The Republican is fighting to win the state  and eventually the White House.

His first stop was at Bayfront Park Amphitheater in downtown Miami.

Every day at every campaign stop, Trump hits hard on the FBI’s renewed investigation into emails of his opponent Secretary Hillary Clinton.

“They're reopening the investigation into Hillary Clinton, crooked Hillary, she is crooked,” Trump said.

The crowd started cheering “Lock her up!” One woman even dressed as Clinton in a jail jumpsuit, attracting many people who wanted to take a picture with her.

One Trump supporter said he felt Clinton’s emails went beyond criminal and put the United States at risk.

After bashing Clinton, the rally took a somber turn when Trump sent thoughts and prayers to the families of two police officers killed in Iowa Wednesday.

“An attack on our police is an attack on all of us. The law enforcement is the line separating civilization from total chaos,” Trump said.

Trump told the crowd his plan for his first 100 days in office. It includes cutting taxes and regulations, rebuilding the military, repealing Obamacare and securing the borders.

All of it welcome news for Loretta Venezia, who said safety is number one on her lists of priorities for the new president.

“We want our children to live in a safe America again,” she said.

Trump wore a white baseball cap with his slogan “Make America great again" across the front.

Florida native Patrick Foreman said he wants a president who made a career outside politics. “I think Trump’s got more than enough experience, and he's not corrupt.”

Lastly, Trump circled back to the urgency of the next six days. He called on voters to use the election as a way to bring change.

“We don't wanna blow this,” Trump said. “This is the one chance we have, it will never happen again.”

Trump is urging his supporters "to pretend we're slightly losing" in order to drive up enthusiasm in the crucial battleground of Florida.

The Republican presidential candidate claimed "we're way up in Florida," but then urged his voters to not get complacent.