'Do you smell turkey?' Alligator shows up on Florida family's front porch night before Thanksgiving 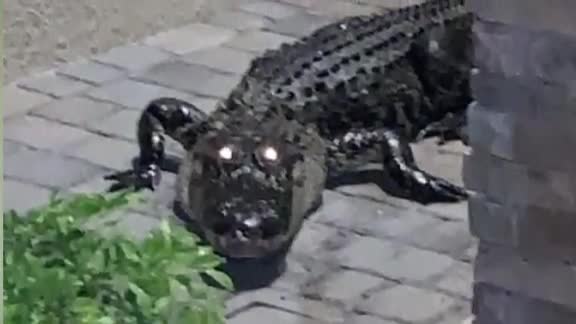 A Florida family's Thanksgiving was interrupted by a nearly 9-foot-long alligator. 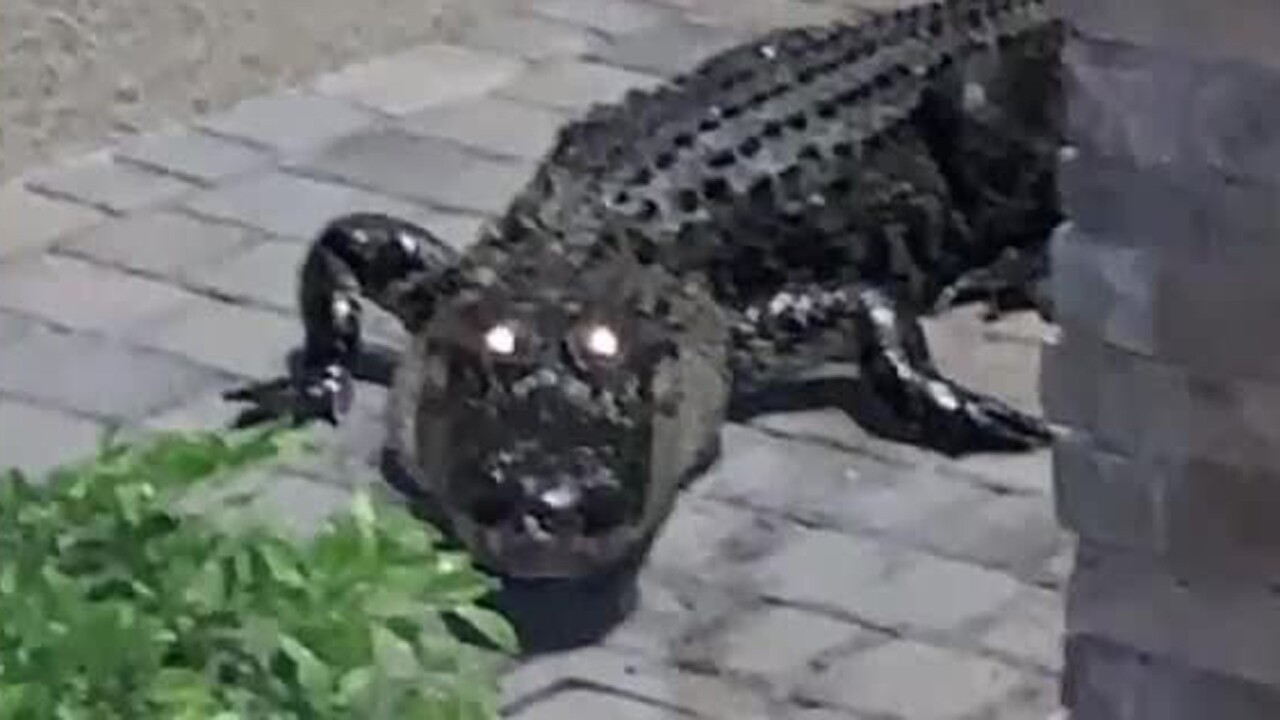 FORT MYERS, Fla. (WBBH/CNN) - Wildlife officials captured a 9-foot alligator that crawled up on a Florida family’s front porch the night before Thanksgiving and lashed out at the door.

Chhaya Beharry was startled Wednesday night by loud bangs coming from outside her front door in Fort Myers, Florida. She looked through the window to find a nearly 9-foot-long alligator on the porch.

“There's a gigantic alligator, and his tail was just smacking my door,” Beharry said. "He was hissing and swinging his tail around. It was intense."

Neighbors had alerted the family about the reptile’s presence over Facebook. Beharry’s fiancé, Chris Mays, called the Florida Fish and Wildlife Conservation Commission, who arrived within 20 minutes to remove the alligator.

Trapping the reptile was tough, according to Beharry. The gator-wrangling was caught on home surveillance cameras, with the creature damaging potted plants and part of the landscape.

"They were just trying to get him out, but he was rolling all the way through,” Beharry said.

The alligator isn’t a first for the neighborhood, which has three lakes, but many hope an encounter this close will be the last.

"Just take caution with your animals, your children. Just don’t walk outside in the dark at night because that’s when they’re out,” Beharry said.