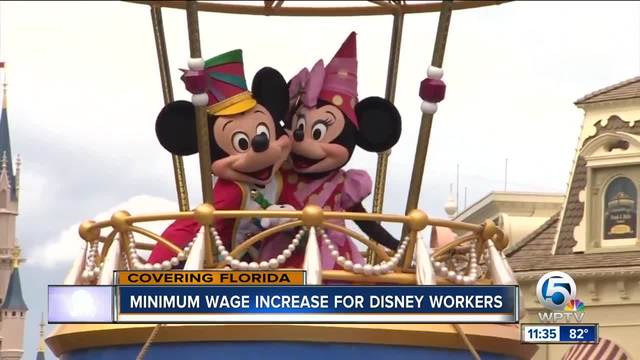 &lt;p&gt;Thousands of Walt Disney World workers on Thursday overwhelmingly approved a new contract that increases the starting minimum wage to $15 an hour over the next three years while enabling Disney to use more part-time workers and require new workers to stay in their positions longer before transferring.&lt;/p&gt; 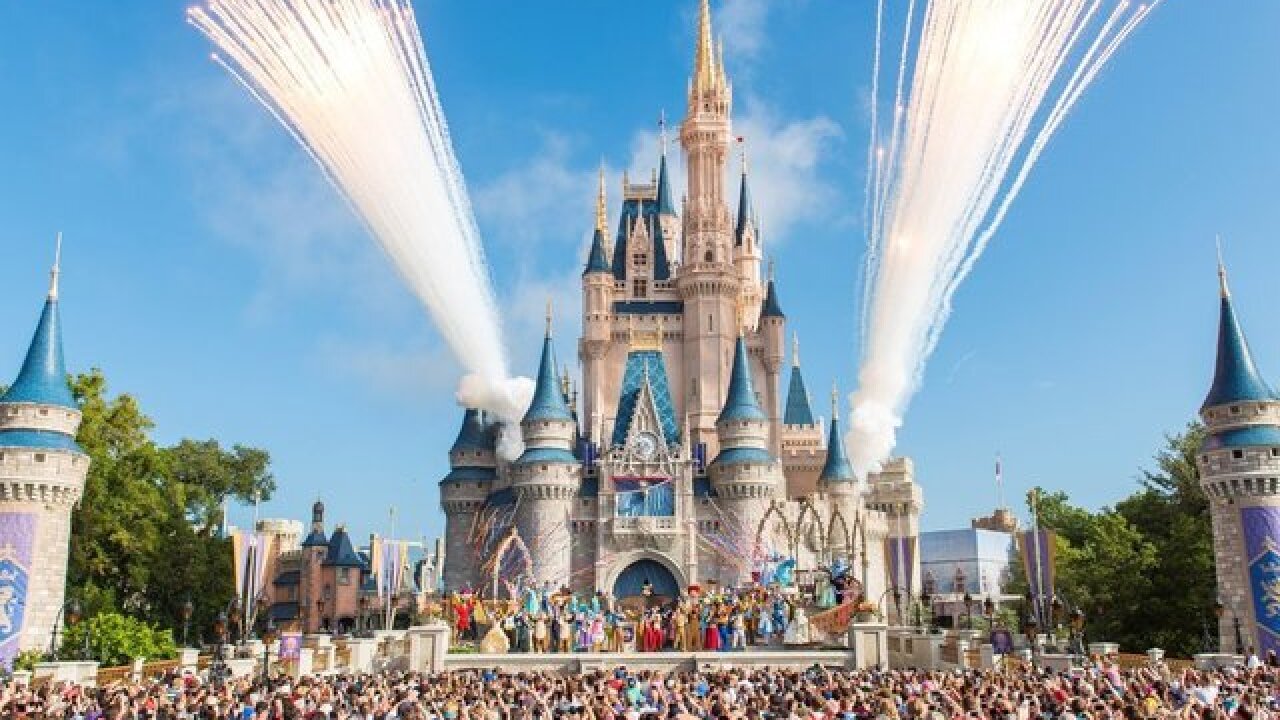 ORLANDO, Fla. (AP) — Thousands of Walt Disney World workers on Thursday overwhelmingly approved a new contract that increases the starting minimum wage to $15 an hour over the next three years while enabling Disney to use more part-time workers and require new workers to stay in their positions longer before transferring.

"We got a fair deal," Matt Hollis, who leads a coalition of six unions, told the workers after the vote was counted.

Union officials said the new contract would have an impact outside of Walt Disney World as other non-unionized businesses in central Florida's low-wage service economy compete for tourism workers in a tight job market. The contract covers more than half of the 70,000 workers at Disney World, the largest single-site employer in the United States. Those workers include costumed characters, bus drivers, launderers, retail workers, monorail drivers, custodians, housekeepers, servers, cooks, florists, makeup artists and lifeguards.

"The way I feel is we won this for our members at Disney but we also won this for the ride operator at Universal Studios who doesn't have a union," said Eric Clinton, president of Unite Here Local 362, one of the six unions that represents 38,000 workers covered by the contract. "This affects Hyatt, Hilton. They are going to have to raise wages to compete with others. This is 38,000 people. This isn't a small amount."

Besides raising the starting minimum wage almost 50 percent to $15 an hour in three years, the new four-year contract would raise wages for existing workers by at least $4.75 an hour by October 2021. Each Florida worker also will receive a $1,000 bonus that Disney had paid to other employees after last year's tax cut by Congress. Those bonuses were withheld during the contract negotiations.

"Our 50 percent wage increase will have a real, meaningful impact on our cast and their families and is part of our commitment to the thousands of cast members who make magic for our guests each and every day," said George Kalogridis, president of Walt Disney World Resort. "Increasing wages for cast members represents a significant investment in central Florida and will provide a powerful boost to the local economy."

In return for the higher wages, the coalition of unions, known as the Service Trades Council Union, agreed to allow Disney to use more part-time workers. Under the old contract, 35 percent of the union workforce can be part-timers, but that was raised to 38 percent in the new deal, although Disney doesn't currently reach its limit on part-timers.

The new contract expanded the types of workers who could be subject to random drug tests. It also added extra language giving managers the right to "supervise, and control the manner, means and details by which employees perform their work duties as well as the ends to be accomplished."

"The focus was about how Disney workers need a raise — current workers and those coming into the workforce," said Hollis, president of the Service Trades Council Union. "These are historic raises, not just entry level but for every hourly cast member."