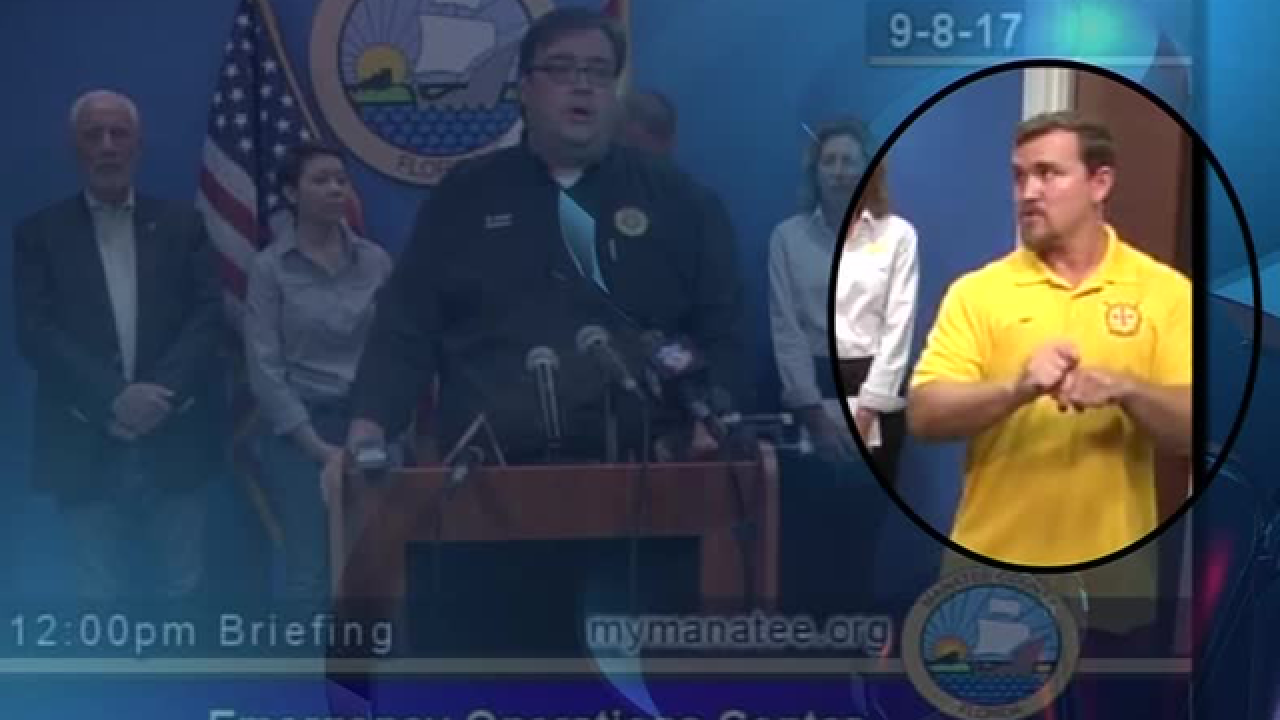 Called in to convey an evacuation order Marshall Greene made a big blunder; nothing he said made sense.

"I knew something went horribly wrong," said Charlene McCarthy with VisCom. Her company provides deaf interpreters to the county all the time.

McCarthy was shocked when she saw the press conference. She claims she was never called. "It was horribly unnerving for me. To watch that, knowing I could provide a qualified, certified interpreter."

So, why wasn't someone called in who was qualified?

Manatee County leaders tell us they were "in a pinch," to find an interpreter. So, they asked their employee -- who knows basic sign language -- to help. But when he began signing words like pizza, monster, and bear during an evacuation order the deaf community was livid.

"Everyone was talking about it on social media and everyone was shocked and asking the leaders in the deaf community to do something about it, McCarthy said.

Chris Wagner is the former president of the national association for the deaf. He couldn't believe it.

We spoke with the interpreter's family who tells us he was asked by his bosses to help out during the press conference, and that’s exactly what he did. He stepped in to help out during a crucial time - an emergency in the county.

Meanwhile, the deaf community still wants an apology from Manatee County, saying this was dangerous and put lives at risk.