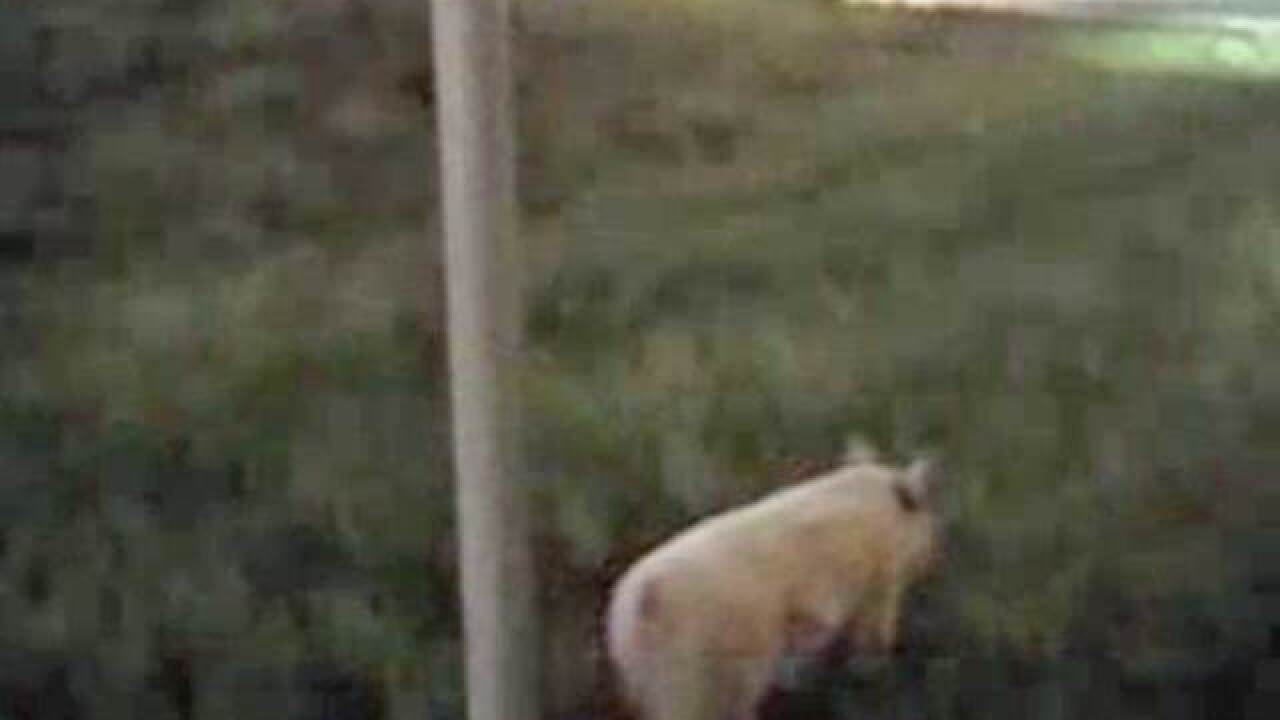 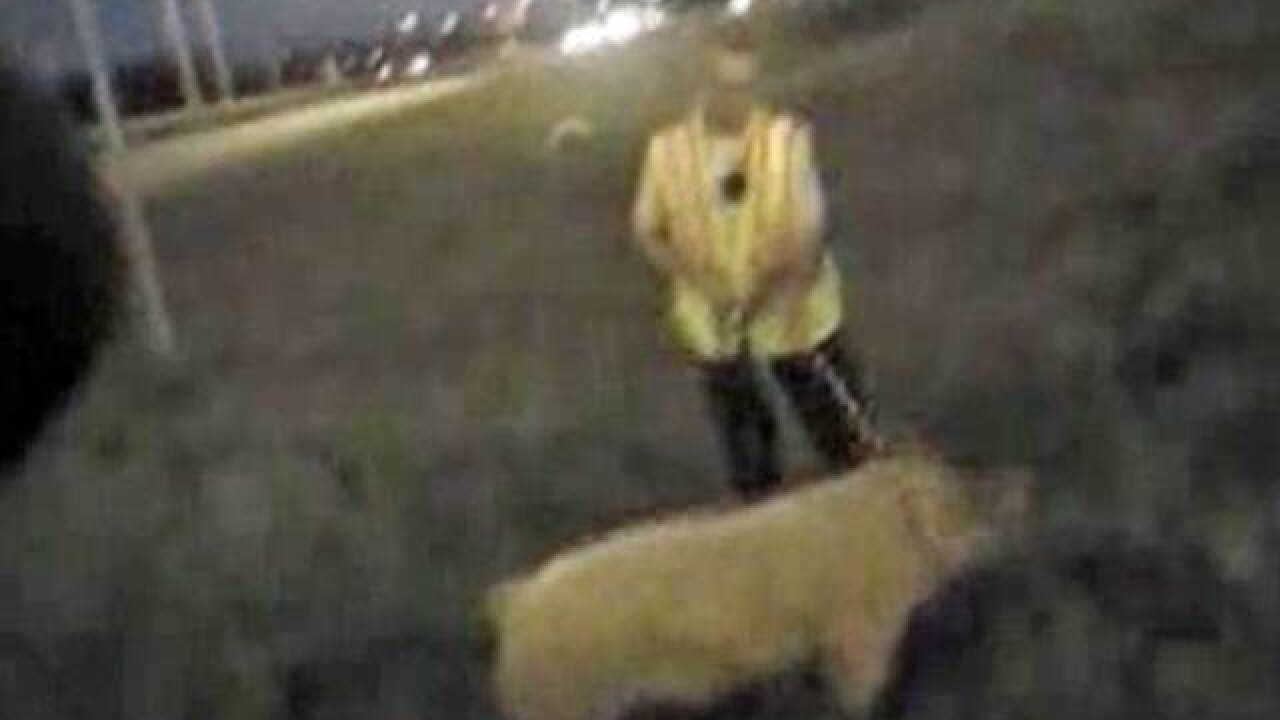 The first responding officer, Officer James Ward, recorded much of the roundup with his body camera.

"I don't believe it myself, but I'm out with a pink pig," Ward told dispatchers over the radio when he arrived at the scene.

Ward noticed the sow's ears were tagged and she had no fear of humans, so he was certain the 200 lb. animal was domesticated.

"He's over here now trying to rub on my leg now. Wanting something to eat. So, I mean, he's somebody's pet," Ward told dispatchers.

The officer and a stunned motorist helped keep the pig off the highway until animal control arrived.

The animal is now on 72-hour hold at the Halifax Humane Society to see if her owner can be found.