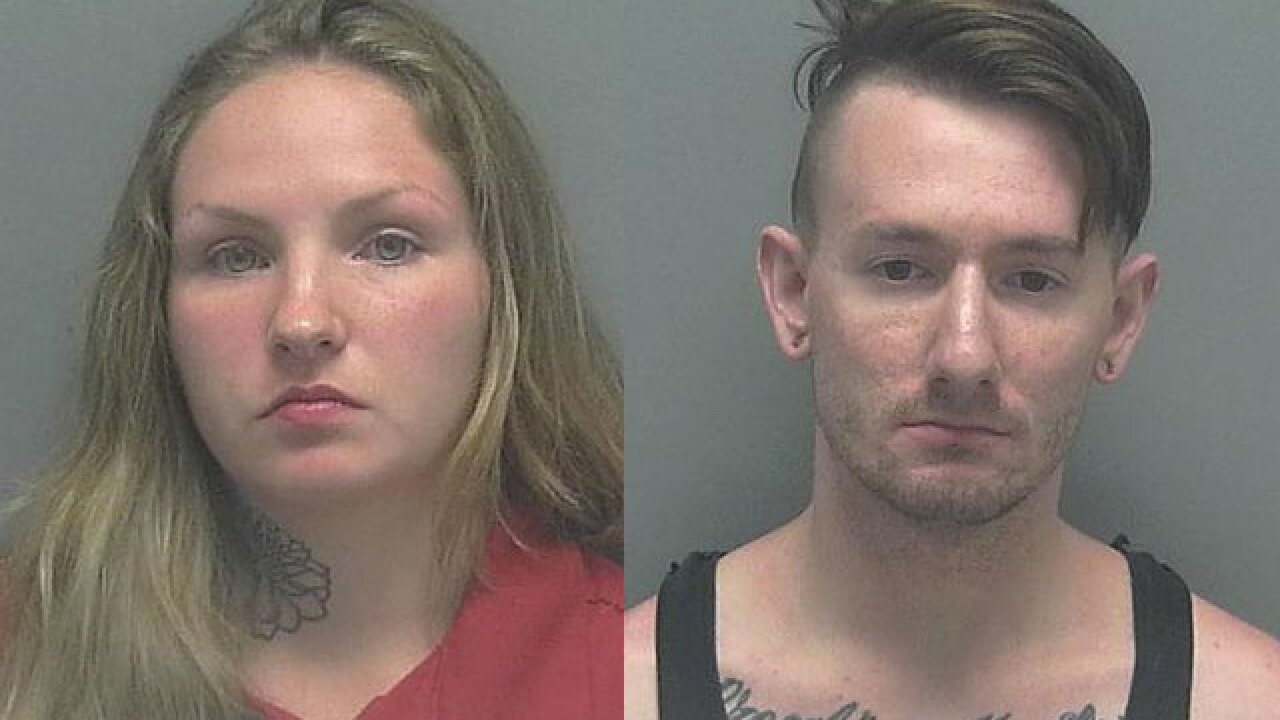 Copyright 2018 Scripps Media, Inc. All rights reserved. This material may not be published, broadcast, rewritten, or redistributed.
&lt;p&gt;Tiana Maranville and Alexander Maranville&lt;/p&gt;

SANIBEL, Fla. -- A couple from Vermont was arrested Saturday on a Florida beach after witnesses said they were swimming nude and appeared to be having sex.

According to Sanibel police, officers were called to the beach near Tarpon Bay Road just before 4 p.m. Saturday for reports of people skinny dipping.

They arrived to find 26-year-old Tiana Maranville in the water completely nude in view of the public with children present.  She admitted that she entered the water topless, but lost her bathing suit bottom while in the water.

She claimed that she did not know it was illegal to be naked on the beach and said that it is legal where she is from in Vermont.

Her husband, 27-year-old Alexander Maranville, arrived and the couple became argumentive with officers, arguing about the legality of being nude on the beach and stating "we are all human."

Florida has only one officially-recognized clothing-optional beach, which is located in Miami-Dade County.

Several witnesses told officers that they observed both of the Maranville's walking around nude and appearing to have sex while in the water.  They stated they were offended by the couple's actions and wanted to press charges.

Both Tiana and Alexander were arrested and charged with Indecent Exposure. They were both released the next day on $1,500 bond.