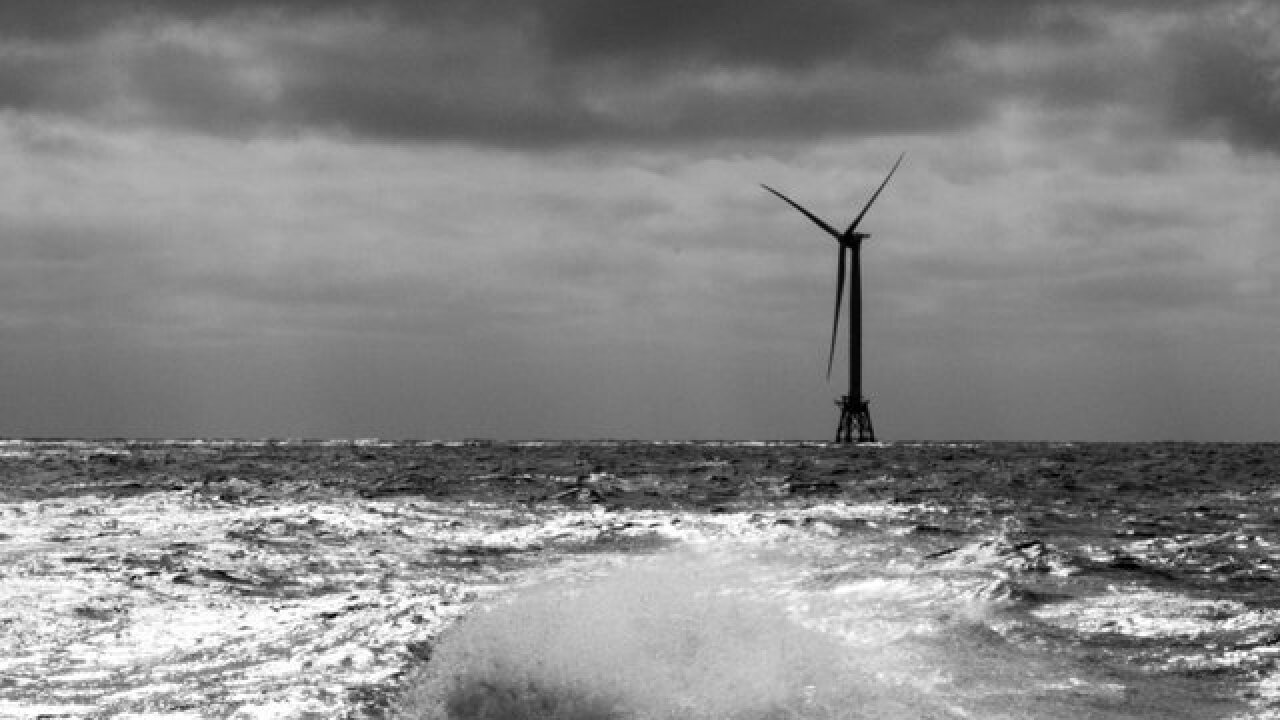 In 2017, Atlantic hurricanes are thought to have claimed thousands of lives and done billions of dollars of damage with their winds and flooding.

RELATED:WPTV Hurricane Guide | NOAA: 2018 Atlantic hurricane season to be near or above normal

This year could be another storm-heavy year. Every season is a reminder that hurricanes can be some of the most destructive events on the planet, and there's no way to really stop them. At least, not yet.

It's possible that massive fields of offshore wind turbines might one day slow them down.

Researchers at Stanford University and the University of Delaware have run computer simulations that show with enough wind turbines, it would be hypothetically possible to draw the energy out of hurricanes.

Wind turbines use their blades and generators to convert the kinetic energy of wind into electrical energy. This means once wind blows through a turbine, it has less energy — and less energetic winds move more slowly.

The problem is today's turbines aren't built to stand up to hurricanes in the first place. Research from climatologists at the University of Colorado, Boulder show even Category 3 winds would be enough to damage or destroy rigid towers and blades on lone turbines.

But what if we add more turbines? It seems counterintuitive, but putting more windmills in the path of a hurricane might make all of them safer. The Stanford models suggest thousands of turbines could slow down hurricane winds by more than 90 mph — sometimes enough to knock a Category 5 hurricane all the way down to a tropical storm, which wouldn't threaten the hardware.

This would need a lot more wind power. That single prospective field would require more turbines than there are in the U.S. right now, especially offshore. So far, there's just one group of five ocean turbines sending power to the U.S. grid.

But a massive hurricane wind farm would earn its keep, even in the offseason. An array big enough to affect a hurricane could also create enough year-round wind power to replace about a third of U.S. electrical output.