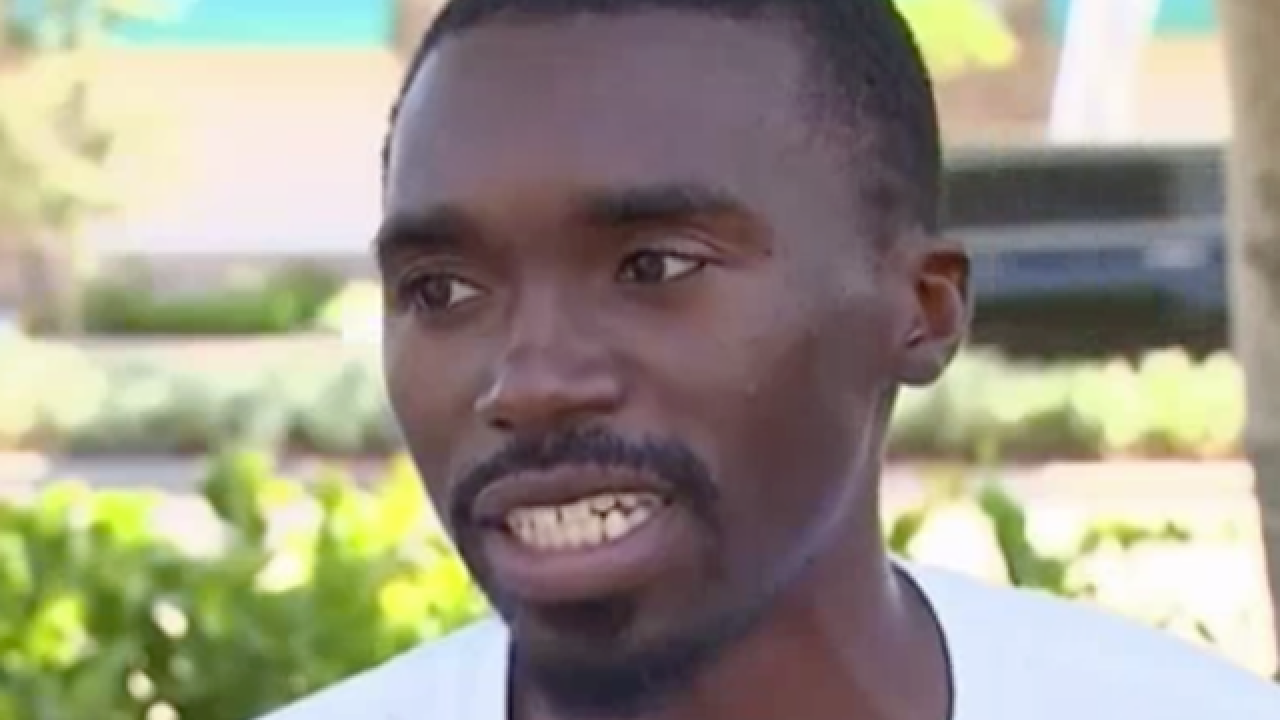 A Lauderdale Lakes City Commission candidate says he was racially profiled after the authorities were called on him for setting off a home alarm while he was campaigning door-to-door.

Roosevelt McClary was knocking on doors and handing out campaign flyers Wednesday near Oakland Park Boulevard and US 441 when Broward Sheriff's deputies showed up and detained him.

"Gave them my ID, and they identified who I was and my candidacy and everything matched up," said McClary, who is the secretary of the Broward Teacher Union. "I should've been let go within two to three minutes."

McClary, who streamed the ordeal on Facebook Live, said deputies mistreated him, first by ordering him to get on the ground. There was a large law enforcement presence there, including a helicopter that was flying over the area.

"I didn't understand specifically why I had to be forced on the ground when I hadn't shown any threat to anyone," he said.

McClary had unknowingly set off a front door alarm as he was campaigning door-to-door. Through her cellphone, the homeowner saw him at her front door and called 911.

"I'm at work, my sister called me and she checked the cameras. Someone broke into our house," the homeowner says in the 911 call.

"Does she see somebody in the house now?" the operator asked.

"Yeah, she sees someone in the house right now and through the cameras and the alarm went off. Someone is in our house."

BSO spokeswoman Veda Coleman-Wright confirmed deputies responded to a burglary in progress call and not because someone was campaigning. McClary had fit the description of a man the homeowner saw on her phone – a black man wearing khaki pants and a white shirt.

McClary, the secretary of the Broward Teachers Union, was wearing his own campaign t-shirt.

"This is extreme radical profiling and false reporting by this resident by the way who wasn't home at the time of their claim incident," he said on Facebook. "I will seek justice to make sure this person who made this false report receive consequences."

"Take a few moments, let the law enforcement officers explain what they are responding to, you can explain your situation and then just like this case he was able to leave, no one was harmed," she said.