College fund grows for gay teen who clashed with parents 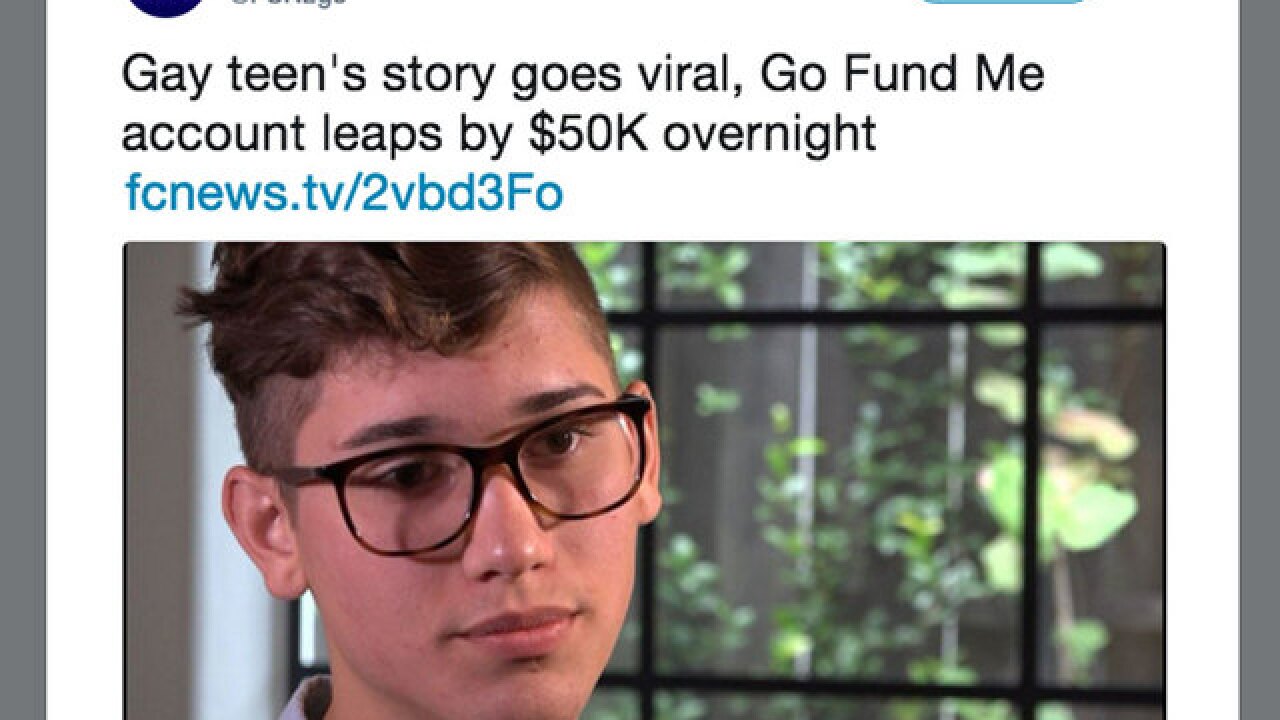 JACKSONVILLE, Fla. (AP) — A former teacher of a gay Florida teen who says he was ostracized for his sexuality has raised more than $122,000 to help the teen afford college.

Seth Owen, 18, told news outlets that his Southern Baptist family earlier this year gave him an ultimatum: go to their church or get out. Owen chose the latter option and moved out in February.

The lack of familial support left him short $20,000 for tuition at Georgetown University, which had accepted him for its Class of 2022, Owen said.

The co-valedictorian of Jacksonville's First Coast High School said he already had declined acceptance offers outside of Georgetown, which has refused to modify his financial aid package. Georgetown can't comment on individual cases but works "closely with students whose financial circumstances change after admission to modify financial aid assistance," the school said in a statement.

Owen's family found out about his sexuality in his sophomore year and sent him to "conversion therapy" with a Christian counselor, the teen said.

"Technically he's a 'Christian counselor,'" Owen told WTLV-TV . "But he made it very clear it was because I was gay, and his goal was to 'fix' that."

Owen said issues around the subject came to a head his senior year after he started bringing up his disagreements with his family's church. Owen's father, Randy Owen, told the television station that his son can live in the family's house if he "worships the same way we worship." He says he "made clear we are not kicking him out, but we worship as a family."

After the teen moved out, biology teacher Jane Martin took to the crowdfunding site GoFundMe in June to ask for help. Martin wrote that Owen, who was the ring bearer in her wedding, has been living with friends and working to support himself since the split, according to the GoFundMe.

The fundraiser was created June 18 with a goal of raising the needed $20,000. Owen and Martin planned to use the funds to help students in similar situations if Georgetown modified Owen's financial aid package.

However, Martin updated the fundraiser Wednesday to say that Georgetown's repeated refusal to update the financial aid package has left Owen with few options. According to the GoFundMe, Martin says Owen is considering moving with her family to Boston to take a gap year.

This story has been corrected to fix the spelling of Owen's last name.